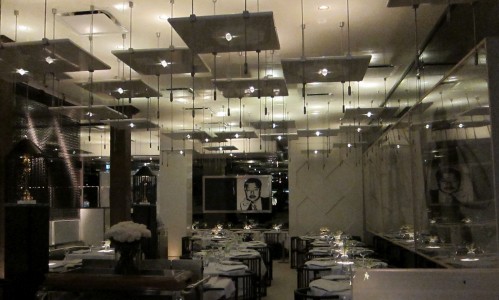 Enter Mr Chow, Tribeca and you are struck by the conspicuous, monochromatic interiors where walls are adorned with enormous black and whites of a much younger Mr. Chow. The interiors are dramatic and very cool. Everything about the place feels crisp from the gorgeous white orchid, lit table settings to the immaculately suited waiters who serve you flawlessly. 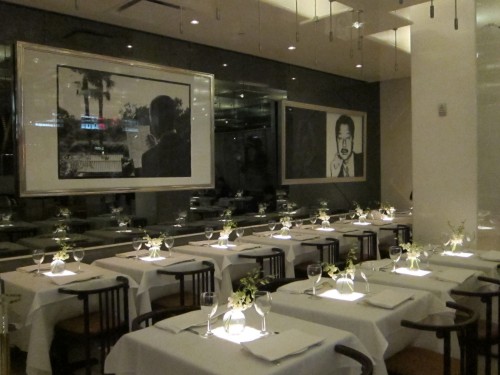 When Mr Chow opened up in the United States in the late 70’s, his concept was brilliant. He blended eastern food with the western palate and made it very chic. The dishes at Mr. Chow’s are very placid. There’s nothing bold or radical on the menu. The food served here is very “easy” on the palate and really reminds me of Chinese food in Japan. Everything is flavorful and pleasant. The food itself is styled on “Beijing Cuisine” which influenced Chinese imperial and aristocratic cuisine.

If you are looking for “authentic’ Chinese food then Chinatown is not too far away for one-tenth the price! However, I think that Mr. Chow’s is worth going to at least once – its just one of those New York places, that has to be experienced.

We went during restaurant week and here is some of what we ate:

What I really enjoyed about these dumplings was the burst of soup that explodes in your mouth when you bite into them. I didn’t think much of their meat filling or the dough – it was good enough but you could find Chinatown dives that serve much better soup dumplings. 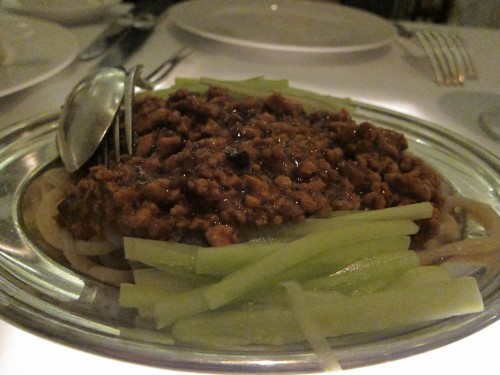 These are the famous “hand pulled” Beijing noodles that are made fresh on site everyday. The noodles themselves were really excellent but I thought the meat sauce that it was covered in lacked pizazz. 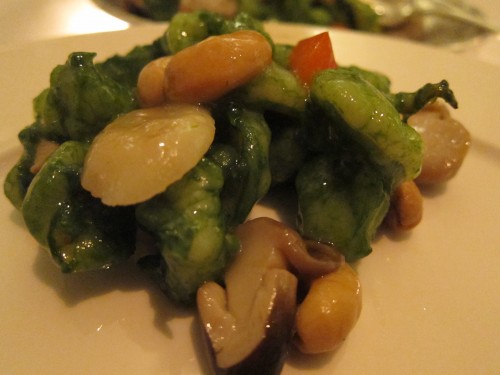 These famed green prawns were immortalized by Keith Haring when he drew Mr Chow as green prawns. The dish is well done but I couldn’t taste what made the prawns so green (kind of creepy). The sauce was very light and the vegetables that went with the dish were perfectly cooked. 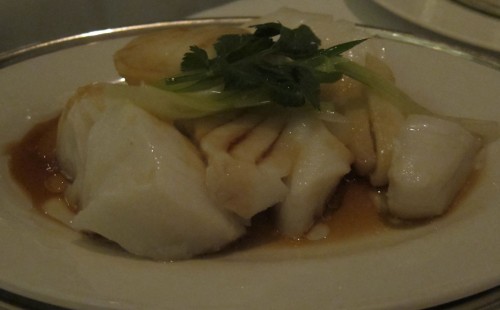 This was my favorite dish! The sea bass was steamed and served with a superb ginger-cilantro sauce which enhanced the flavors of the fish tremendously. 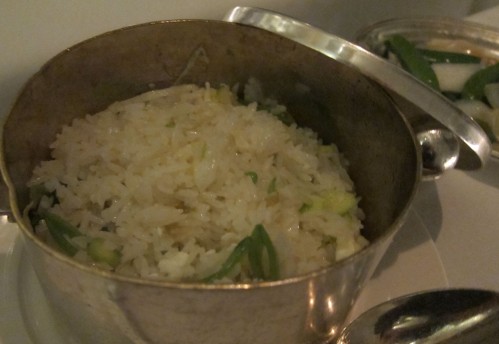 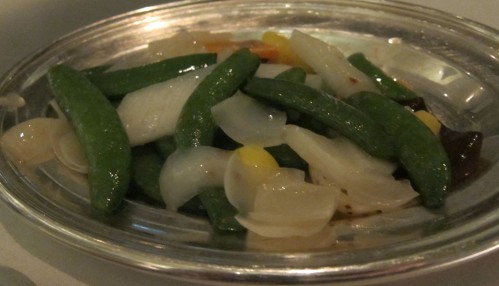 Our meal came with a vegetable fried rice which complemented our meal very well and seasonal vegetables which were sauteed in a clear sauce and were really tasty. 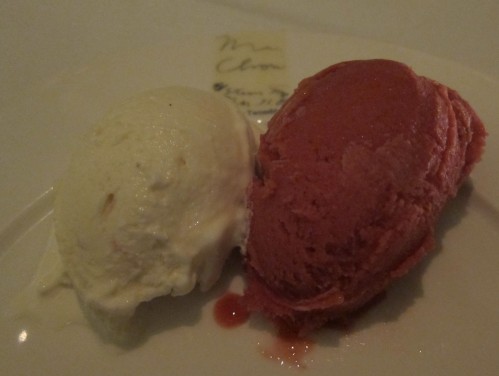 As part of our restaurant week meal we got two kinds of sorbets at the end of the meal which were both quite good. They did have an interesting array of desserts but we were just too full to eat another morsel.

I recommend: Water Dumplings, Fresh Sea Bass Fillet
(All ratings are out of a possible 5 stars. Each establishment is individually rated based on my experience of that particular meal.  Ratings are also based on my expectations of quality of food, value for money, service, ambiance and overall experience)