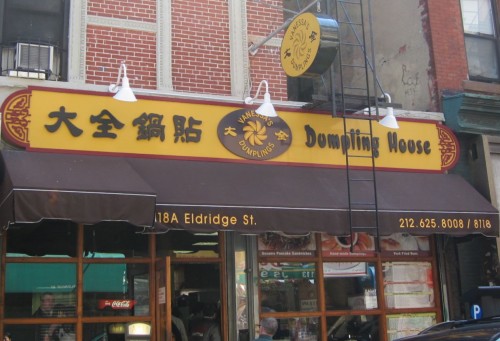 Strolling around Chinatown one day, my interest was piqued by the hustle bustle at a neat looking dumpling house. That’s how I discovered Vanessa’s Dumpling House on Eldridge Street. Vanessa’s works like a well-oiled machine and is run by an all women crew – love that! 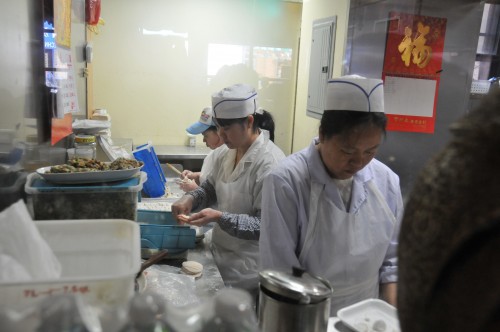 The owner Vanessa, who is originally from Beijing, opened this dumpling house in 1999. She now has a second location on 14th Street. The food at Vanessa’s is decent – not great.

The dumplings are pretty forgettable but at these prices – gosh….. I could be buying rounds of dumplings for everyone there! I think one can find much better dumplings at many places in Chinatown but the place has its own charm and the crowds keep pouring in. It is definitely worth a try.

I wasn’t impressed with these dumplings at all. I thought that the skin was too thick and there wasn’t enough filling in the dumplings. 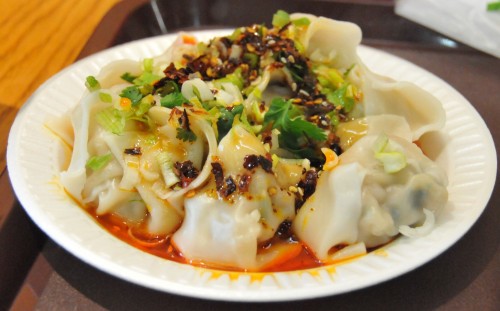 I loved this dish! These dumplings were perfectly made – the skins were thin, the filling tasty and it was covered with a really tasty, tangy, spicy sauce and topped with crunchy bits of scallion, ginger and cilantro.

These Beijing style pancakes are stuffed with various fillings. I’ve had much better Beijing pancakes in Chinatown. These were limp and there was way too much stuffing in them.

These sesame pancake sandwiches that come with various fillings are extremely popular. The key is to eat them hot because the minute they become cold, they don’t taste as good at all.