DUMBO was alive with the festive smells and tastes of Asia, as the Lucky Rice Festival 2010 held it’s Night-Market event under the archway of the Manhattan bridge. 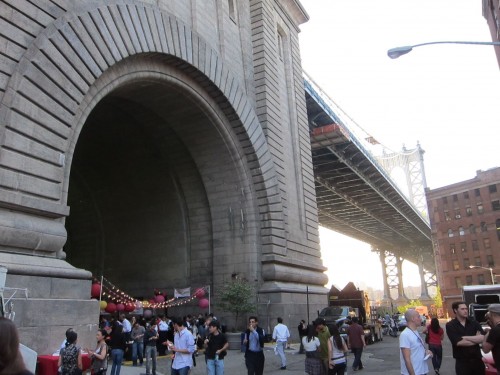 There were Asian food vendors galore, dishing out yummy samples of their tasty treats to foodies who flooded the event. A lot of the samplings were of street foods that are available at the popular night markets in Asia.

I really enjoyed this event. It was well organized and intimate.

Unlike the Village Voice Choice Eats event, this event didn’t have throngs of vendors and hoards of people. It was smaller and as a result it was personable. There was time and space to make connections and get a feel for the personalities behind the food.

My personal favorite person I met at the event was the owner of Slice – an organic, inventive pizza place opened by Miki Aggarwal. Her energy was as beautiful as the concept behind her restaurant. I can’t wait to go visit her restaurant in the city.

I also give props to  The Setai, South Beach, Miami, who had the best dish of the night ( pork belly and oyster) . Each plate was prepared with the utmost TLC!

The worst thing I tried was the Stinky Tofu by Baohaus (who BTW did have other fabulous eats) but this stinky Tofu just didn’t fly with me – it smelled and tasted like day old bad breath. Inedible!

Here are some of the foods we tasted: 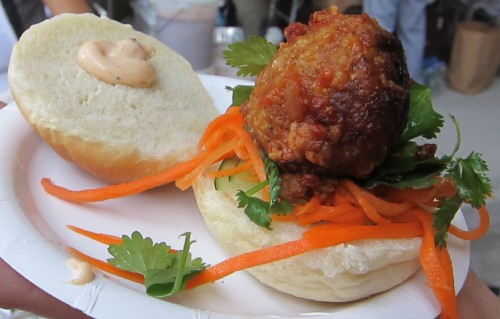 This was a Pork Meatball Numpang which was served with chili mayo ,cilantro, pickled carrots and cucumbers. Their meatball was very tasty. 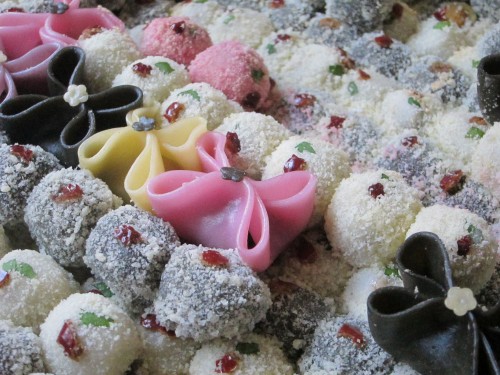 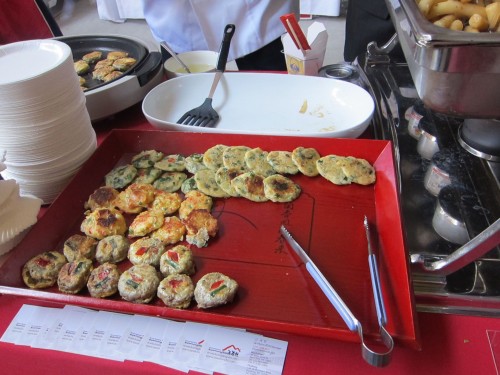 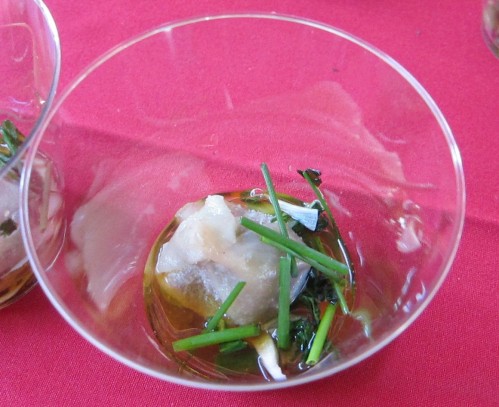 This was Foie Gras and Beef Short Rib Dumpling with a melange of Asian Vegetables and Five Spice Consomme. 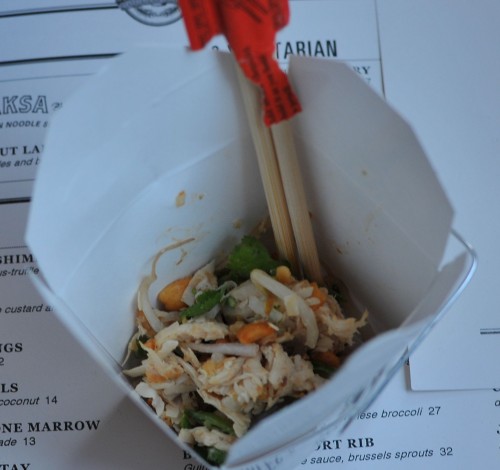 Double crown had the most refreshing eats of all. Their Coconut Chicken with Snow Peas and Mint was very nice. 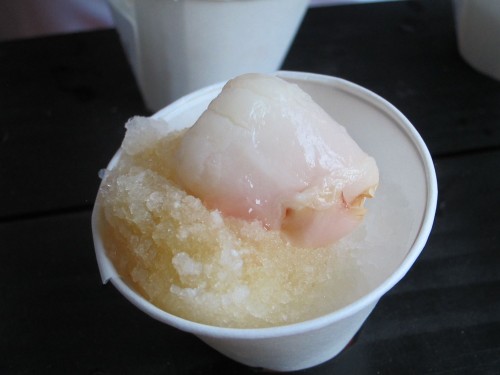 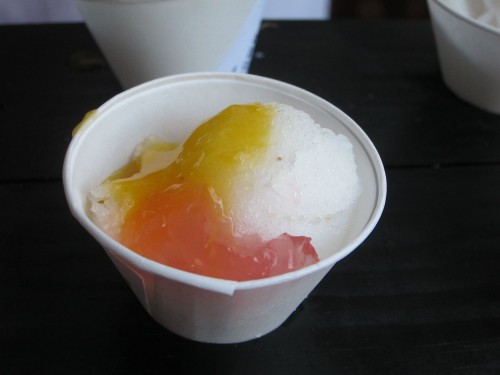 They also had a delicious selection of flavored shaved ices. My favorite was the Lychee Shaved Ice. 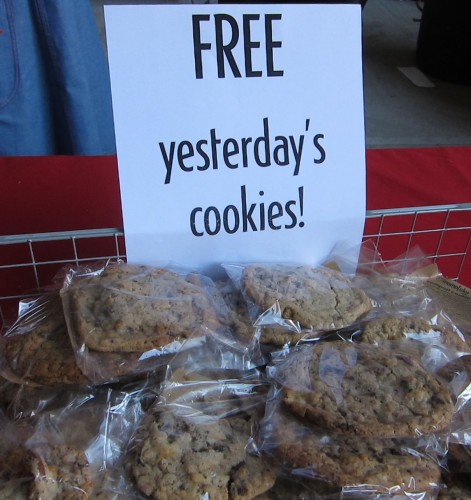 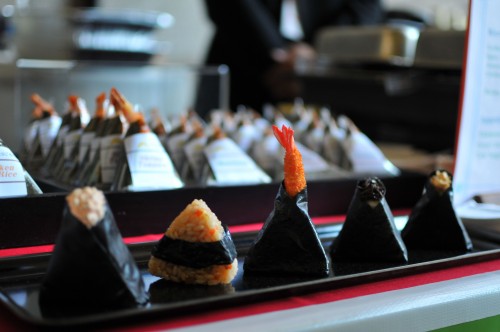 They were serving up all different kinds of rice balls. Beautiful presentation! 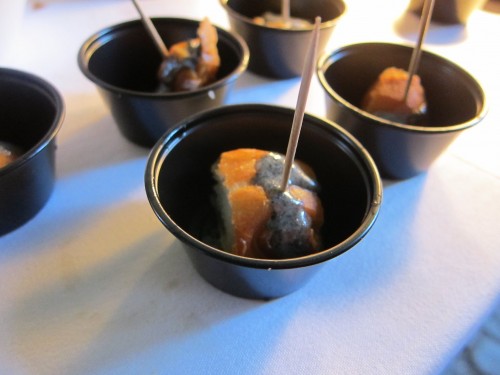 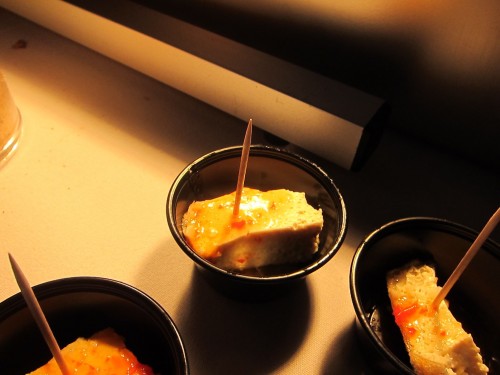 Baohaus, serving Taiwanese street food,  had these special fries which were topped with a black sesame sauce – they were really interesting.

I didn’t like the Stinky Tofu dish they served at all. 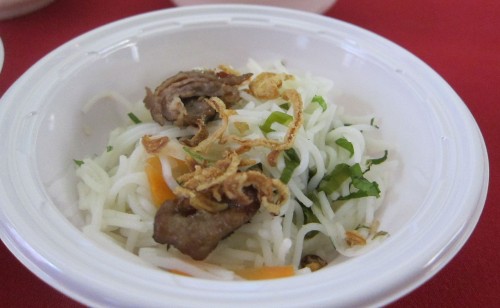 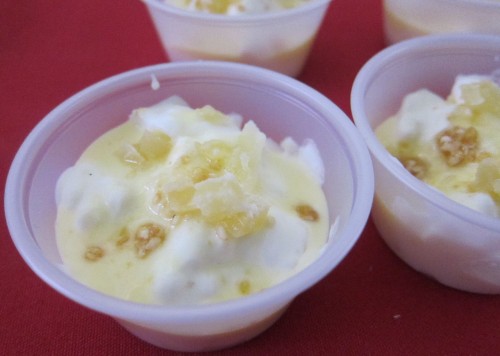 Their dessert was outstanding – it was rice pudding which had been flavored with candied ginger, coconut milk and a few other really tasty toppings. YUM! 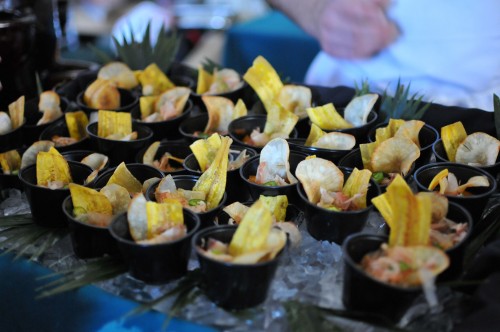 Zengo served a tangy Mixed Seafood Ceviche which was flavored with orange, serrana and bonito. 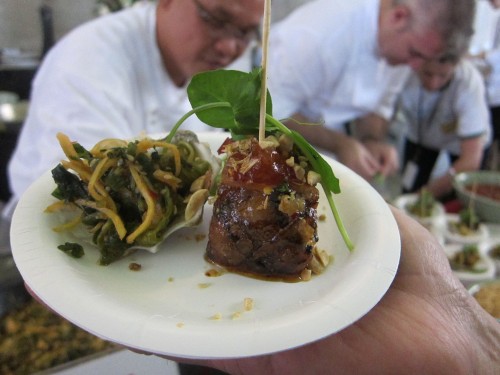 The Setai, South Beach, Miami, Fl were working the hardest on their samples. They served an outstanding Crispy Fried Pork Belly and a Kimchee with Crispy Creek Oyster, Chili Jam and Fried Shallots. 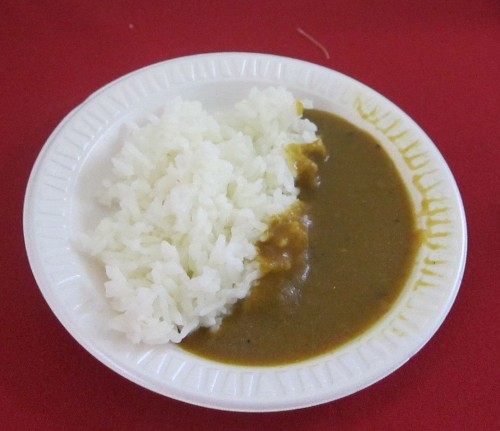 Curry Ya was dishing out samples of their Japanese curry which was delicious. 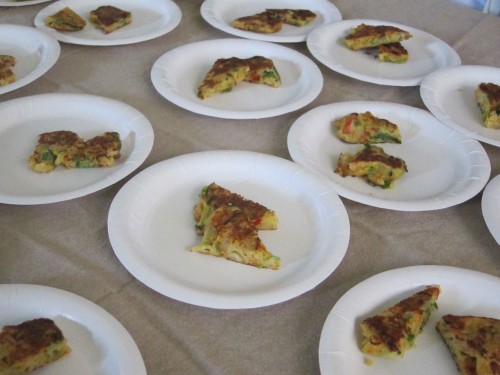 They served Bindaeduk which is a Korean mung bean pancake and Little Poh Poh’s which are mini red bean mochi cakes with different frosting. 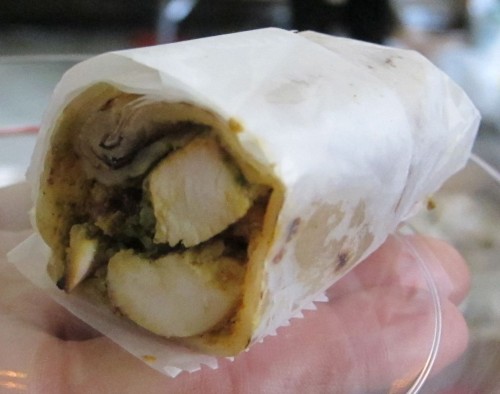 The Kati Roll Company had the most substantial portions. They served a variety of Kati Rolls which is an Indian street food. They had Chicken, Potato and Paneer (cheese). 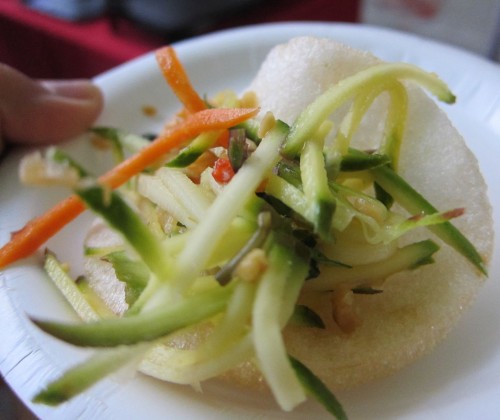 An Choi served a Vietnamese salad on shrimp chips. 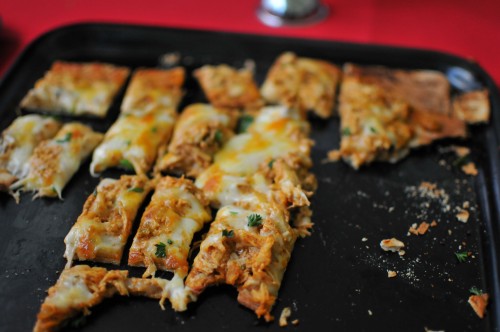 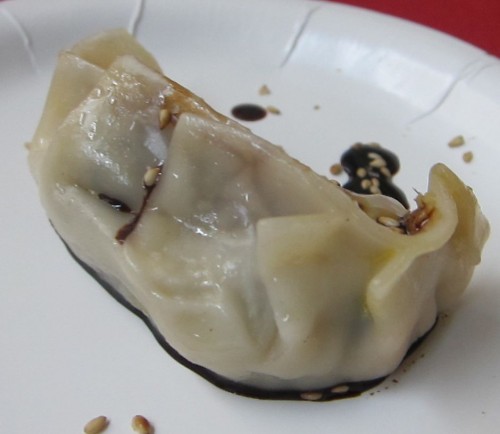 I tried the vegetarian dumpling at the Good Fork and it was really very good. 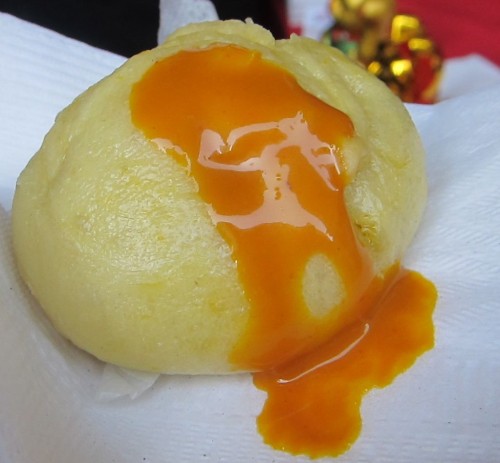 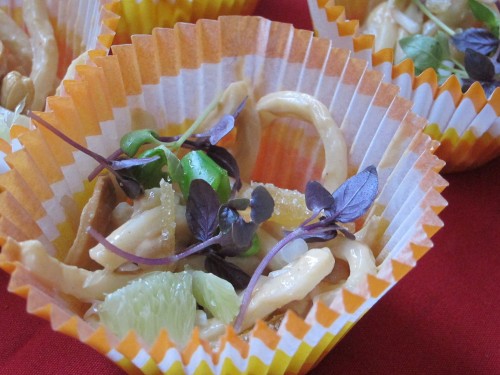 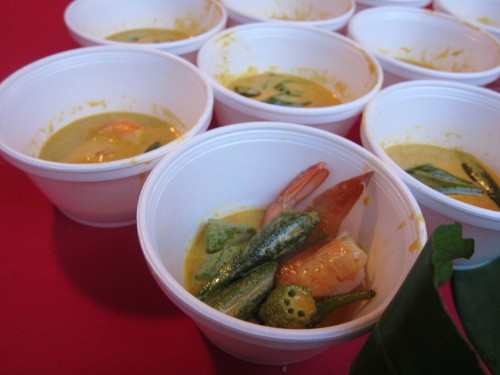 Hachi Asian Bistro served the BEST curry! It was an Assamese Coconut Curry with Okra and Shrimp. 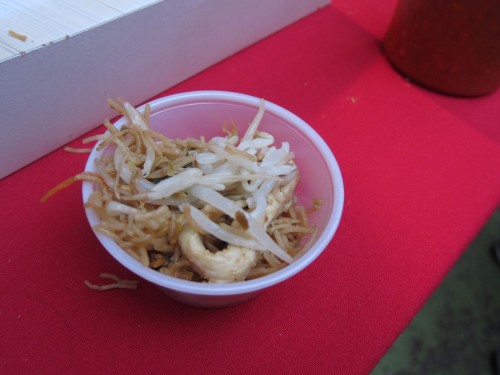 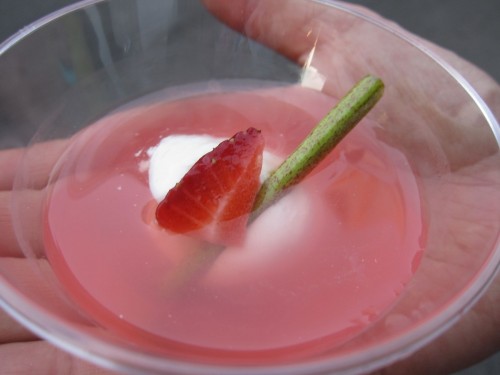 They served the most refreshing dessert. It was a Rhubarb and Lemongrass Soup with Whipped Creme Fraiche.