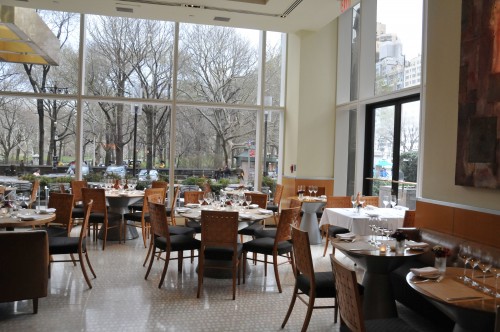 Am I the only one who is not blown away by the Nougatine at Jean Georges? I’ve read rave reviews by so many and yet my experience there was lacking.

Nougatine is located on the outer rim of Jean Georges. It’s a bright and airy space that’s overlooks Central Park.

Nougatine  offers some phenomenal lunch and dinner deals – a $26 pre-fix lunch and many special seasonal offers that are real bargains!

For food that comes out of the same kitchen as Jean Georges, it makes me wonder….how much of a difference could there really be between the two? Of course – so far I haven’t been past Nougatine….so i’ll save the comparison for another review

Perhaps I expected too much from Nougatine but I was disappointed. One goes to a place like this not just for the food but to experience a meal and thats what I found was lacking.

The food was pretty good – some dishes were excellent whilst others were just okay.

The service however was unimpressive. The waiters were not seasoned or crisp – our entrees were mumbled out and presentation of food was rather ordinary. One such example was in the bread and butter – there was no variety and it was kind of just laid on a plate and served with a pat of butter. It was surprising. 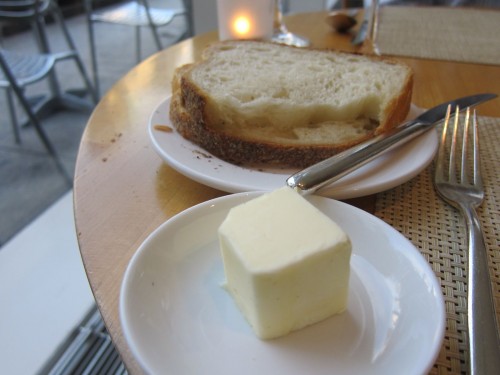 Nougatine seemed unable to provide the really classy experience that I came in expecting but it is definitely worth a trip for the bargain prices it offers  – just don’t go expecting too much! 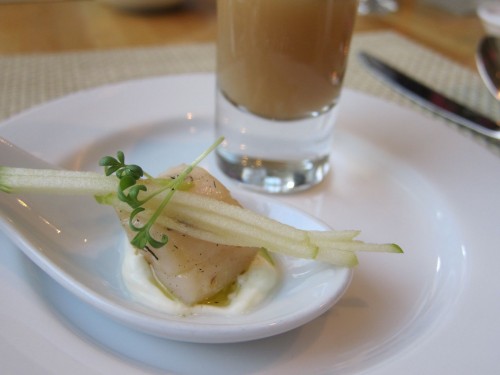 The amuse bouche served was a poached scallop with a celery apple soup. It was delicious. The scallop was very fresh and perfectly paired with crisp thin slices of tart apple and herbs. 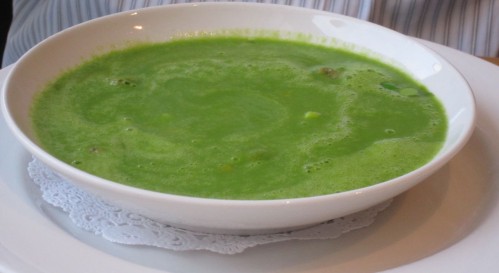 The sweet pea soup was served with Croutons, Brie And Dill. This soup was super fresh. It really brought out the sweetness of the peas and the croutons added that extra bit of crunch to the soup. 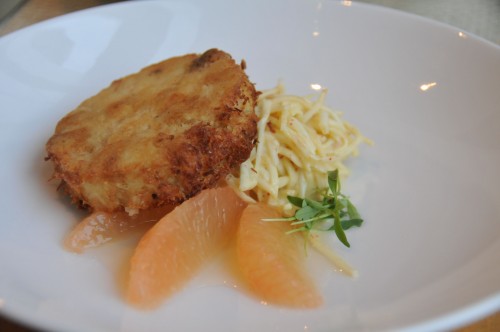 I wasn’t impressed by their Peekytoe Crab Cake which came with a celeriac remoulade, pink grapefruit and ginger. The crab cake itself was disappointing while the accompaniments were pretty good.

The tuna tartare came with avocado, spicy radish and a ginger marinade. This dish had no surprises – nothing outstanding . I felt that it was bathed in too much of the ginger marinade which was to strong and took away from the actual tuna tartare. 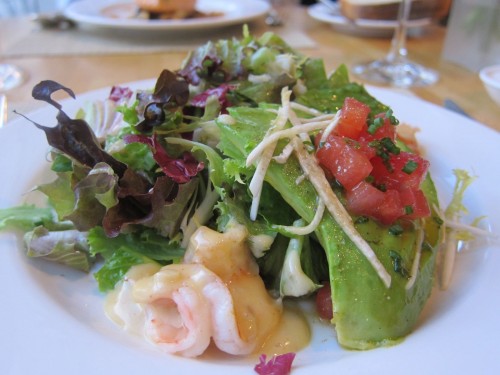 This was a really good salad. It was a fresh plate of crisp greens with shrimp, avocado and tomato which was drizzled with a champagne vinegar dressing. 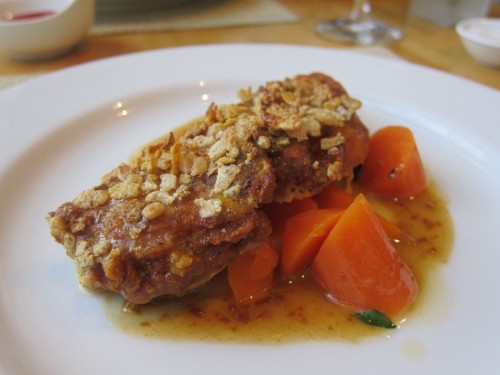 This dish was horrible. I was really surprised they would serve something so bad at a place like this. Even though it was meant to be baked chicken, it tasted like bad fried chicken. It must be removed from the menu NOW! 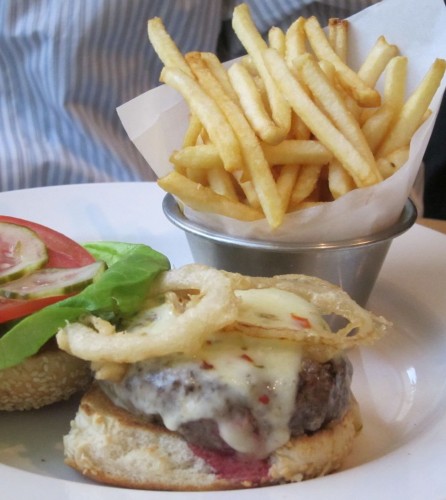 The cheeseburger came with crispy onions and a russian dressing. I don’t eat beef but it was said to be a very average burger.

SALMON WITH POBLANO PEPPERS AND DILL 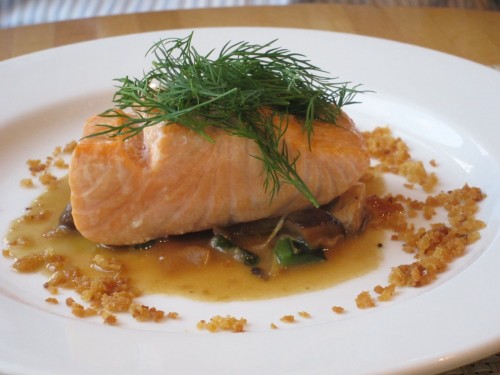 This slow cooked salmon, braised with mushrooms, poblano peppers and dill was outstanding. It had a ring of crunchy panko around it that made the dish that much more interesting.

Both the desserts were pretty good. The vanilla was a little more interesting than the warm chocolate cake which was really very run of the mill. 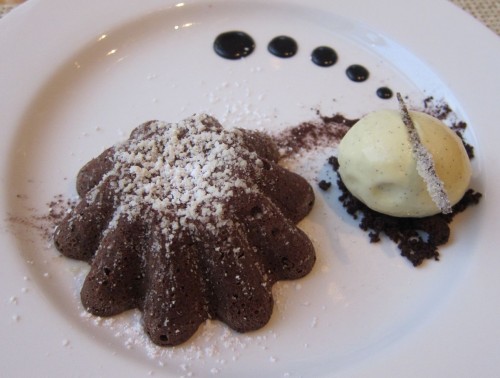 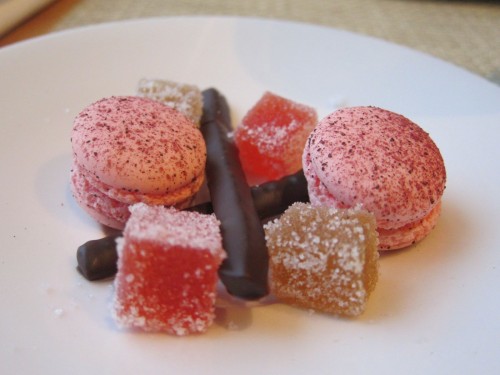