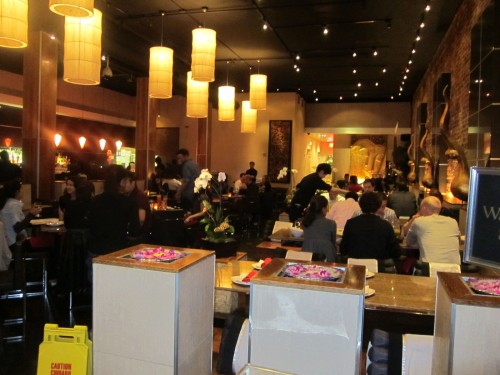 “Osha”  is the royal Thai word for delicious which is what I kept repeating after sampling the food at Osha Thai Restaurant on 2nd street.Osha! Osha! Osha!

Osha Thai is located in the up market SOMA area of San Francisco. The huge space is impressively modern , with many Thai decorative touches.

In 1996, Osha Thai was started as a tiny food spot on Geary by the combined efforts of two sisters, Wassana Korkhieola and Lalita Souksamlane. It has now morphed into an empire of hip-new age Thai cuisine with locations all over San Francisco city.

The food is stylized Thai cuisine. The dishes served at Osha, preserve the authenticity and essence of Thai food and yet focus on being inventive. They use local, seasonal greens and continue to change their menu offerings with new renditions of creative dishes.

In my book, at Osha Thai, they have perfectly blended traditional Thai with the progressive sensibilities of San Francisco. I did discover though that all Osha Thai’s are not equal. I tried the one in the Embacadero and found that the food there was not as good. 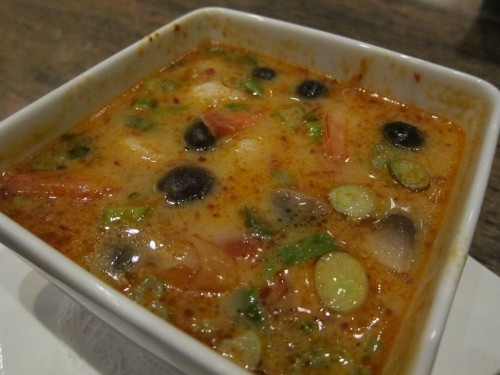 This traditional soup is a bit different at Osha. It tastes like a combination of a Tom Yum and a Tom Kha Kai, which gives it an interesting edge. 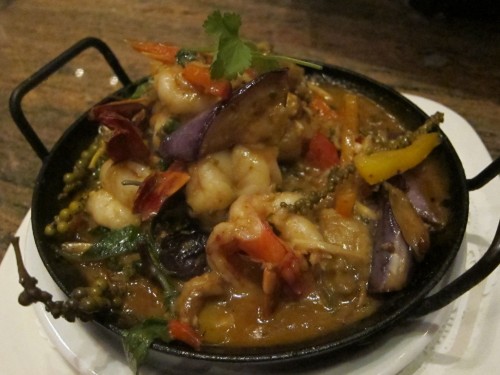 In this dish prawns are sautéed with curry paste and Kaffir lime leaf served over fried eggplant in hot plate. It is cooked with fresh Thai green peppercorns, which really adds great flavor to this dish. 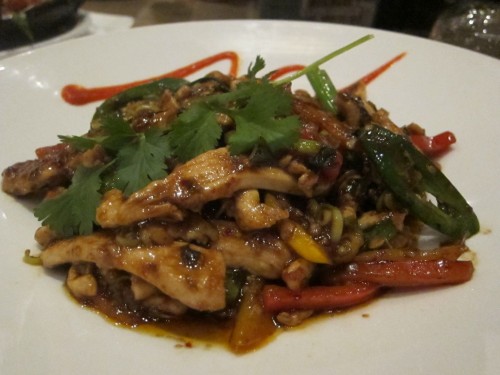 This sweet and sour stir-fried chicken dish was good but must be eaten spicy. 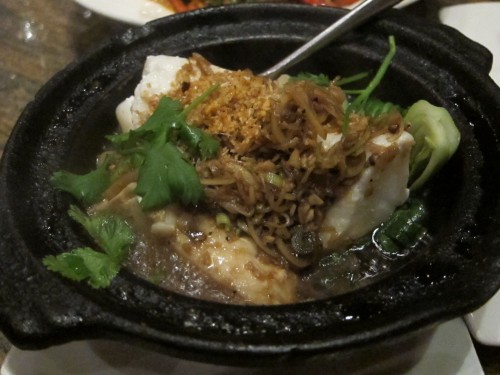 This was the best dish of all. The sea bass was flawlessly cooked to a silky tenderness and complemented with a tangy flavorful sauce that enhanced the dish perfectly. 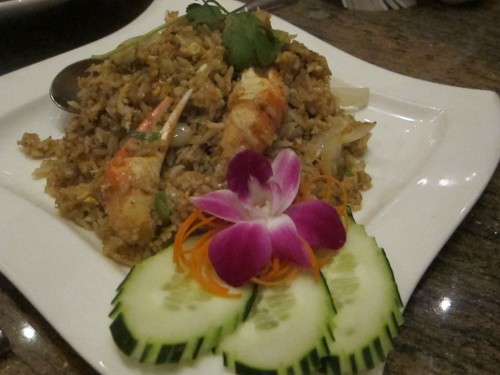 This fried rice was made with egg, onion and green onion with fresh crabmeat. It was really “osha”!!

Both the desserts were disappointing. Really not worth wasting the calories on – I’d just order more food next time. 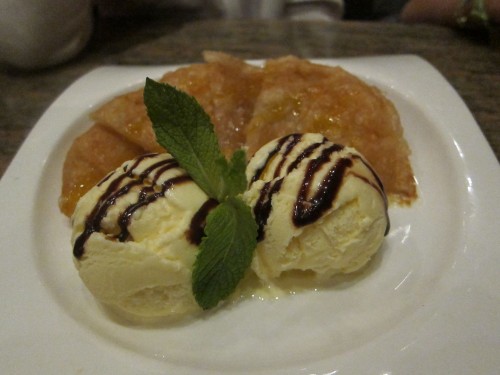 This had a crispy roti that was served with vanilla ice cream. The roti was not crispy – it was kind of soggy and too oily.

This was a warm chocolate cake, which was meant to have with a heart of creamy ‘A’ grade chocolate. It was over-baked and there was no creamy center.