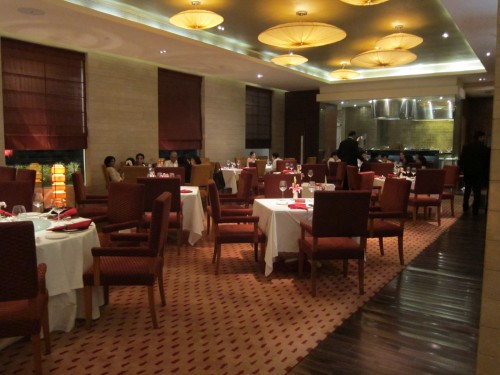 Golden Dragon – the Chinese Restaurant at the Taj Coromandel Hotel has always been considered the crown jewels of the Chennai fine dining scene. It was one of the first Chinese restaurants, to introduce fine Sichuan cuisine, to the city.

It has reigned supreme in the promise of a terrific dinning experience all the way from its orange beaded curtain days in the seventies to the newly renovated space created recently. It reached it’s heights of popularity when Chef Hardy Cheung, who was considered one of the best Chinese Chefs in India, took its helm in the nineties.

Golden Dragon has recently re-opened after being closed for renovations for well over a year. I was excited to dine in their newly created space. My experiences eating there have been mixed. There were hints of the old Golden Dragon in a few of the dishes, which were superb, but other dishes were rather ordinary. I don’t think the food is anywhere near the quality it was in its heydays of Chef Hardy Cheung.

As for its new design, considering it has been completely renovated, I found the ambiance rather disappointing. It seems to have lost the cozy comfort and elegance it offered in its earlier space and though there are a few nice elements to it’s design, most of it just leaves me cold.

Still, I do think that Golden Dragon is one of those restaurants that I will keep going back to. It has just been too good for too long and I really do believe that they will soon find their footing and restore themselves to their former glory. 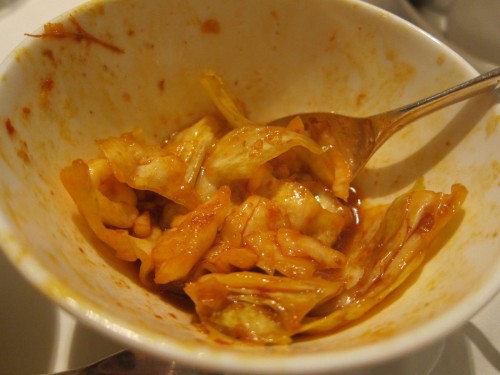 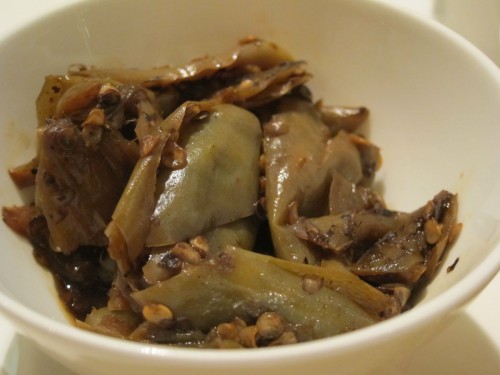 I love the cold pickled vegetables that are served as complementary snacks at Golden Dragon. One can make an entire meal of these delicious vegetables. The cabbage is standard fare but I tried their pickled hot peppers for the first time and it was really yummy.

They have a variety of fruits and vegetables they pickle on different days and they are all tasty. 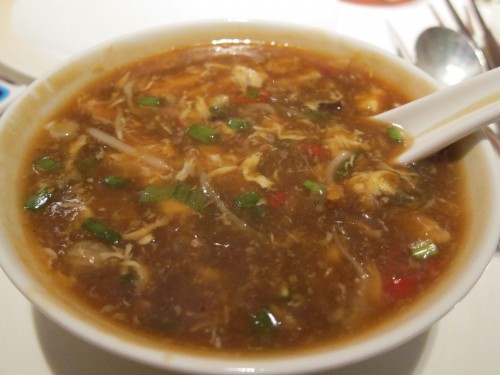 I think that the Golden Dragon makes one of the best sour and pepper soups I have ever had. I always ask them to make mine extra thick and spicy. 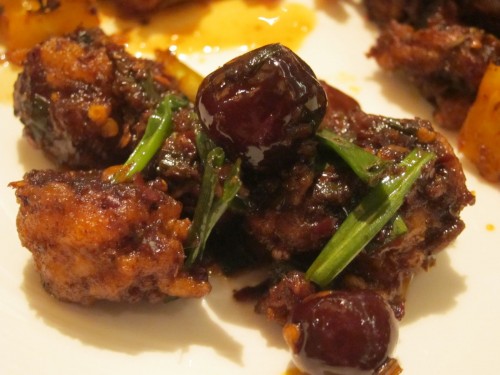 This is one of their signature dishes and it is and always has been outstanding. We tried it dry but the gravy version is really superb too. 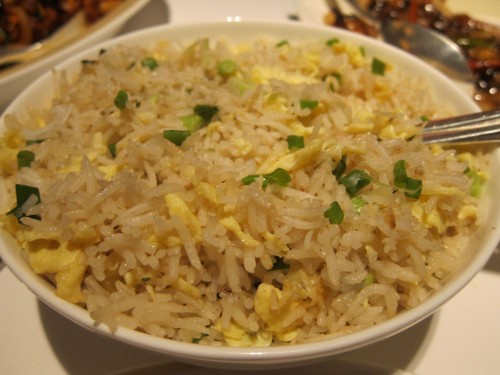 The fried rice was pretty decent. 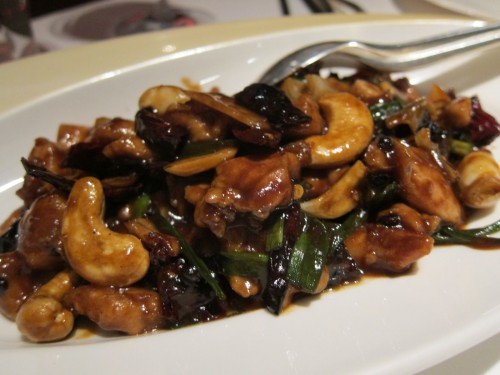 I really love a good kung pao chicken but the one they make here really didn’t distinguish itself in any way. 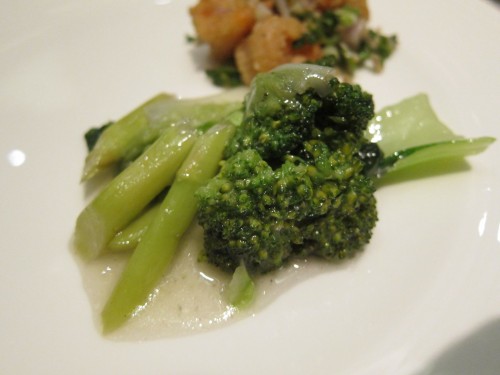 Their sauteed greens were very good. It came in a very delicately flavored sauce. 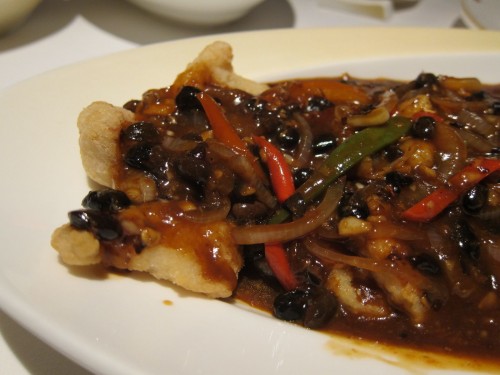 They have a fried and steamed version of the fish with black bean sauce dish. I would try the steamed one the next time around. I just found the sauce was too heavy on the black beans on both the dishes which made it overly salty.

This is one of my favorite dishes. I love the crunch of the pan-fried noodles as it is blanketed with a warm thick sauce. In their version though I found that the noodles were excessively crispy and it didn’t soften and give way to the gravy, as it should have. The sauce though was very nice. 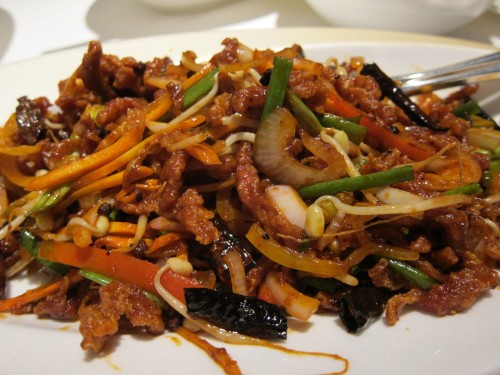 This crispy chili lamb is one of my all-time favorite dishes in Indian Chinese food. Theirs was pretty good but I thought the lamb was made a little too crisp that it lost the unique flavor that lamb brings to this dish. 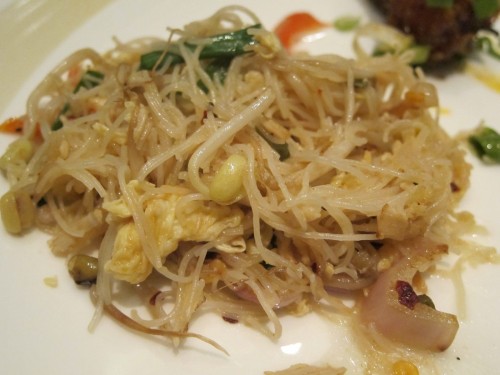 This rice noodle dish was superb. I highly recommend it. 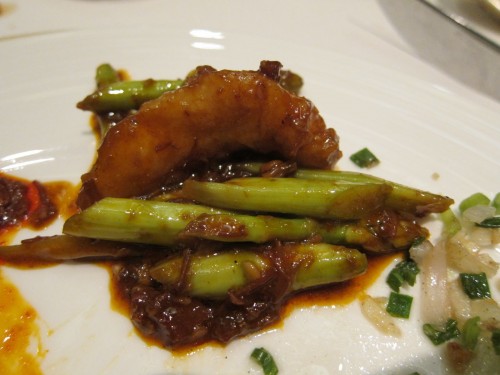 The chef recommended we try this dish and it was really good. The fish had a nice crunch and the chili sauce added great bite to the dish. It was sauteed very nicely with fresh asparagus. 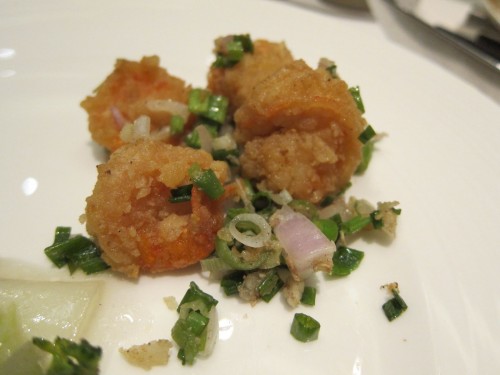 This dish used to be one of Golden Dragon’s signature items but is no more. The prawns weren’t fried to a perfect, light crispness as it used to be and the “salt and pepper” mixture it was tossed in has completely lost its character too.