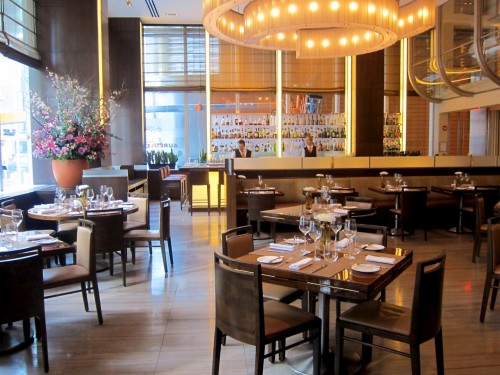 Special notes: Eat at the bar room for a more casual atmosphere and cheaper tabs.

Charlie Palmer’s newly re launched, flagship restaurant, Aureole is housed near bustling Times Square, between the Bank of America and Condé Nast buildings.

Aureole’s most recent avatar is quite a ways away from the cozy townhouse setting of its yesteryear’s. This high ceiling, glass encased, modern setting; dedicates more of its space to the informal Bar Room, than the much smaller dinning room at the back.

It almost feels like chic executive cafeteria that caters mostly to the high-powered suits that fill the room. Though there is a lack of intimacy in the restaurant, their service is superbly warm.

Michelin-starred Executive Chef Christophe Bellanca and pastry chef Jennifer Yee lead the kitchen at Aureole. The food can be outstanding in parts like our appetizers of Broiled Mayan Prawns and the fluke. But it can also be deeply disappointing as was their winter vegetable risotto, which was served in the paltriest portion I have ever seen.

Still, I do believe that Aureole does have the potential to serve up some stellar food. In hopes of an outstanding meal…I will revisit sometime soon. 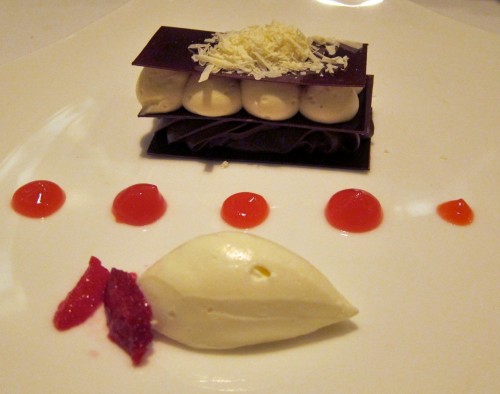