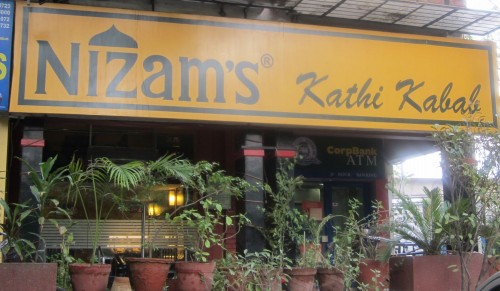 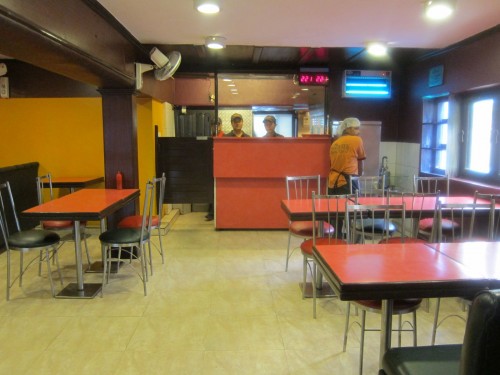 The name Nizam’s is almost synonymous with kathi rolls in India. They were one of the first ones to popularize this food that has its historic origins in cuisine from the princely states of North Eastern India.

A kathi roll is a very popular fast food in India. The meats used in these rolls are traditionally cooked in a charcoal pit using wooden skewers, which are called “Kathi’s”; hence the name Kathi Kababs or Kathi rolls.

A kathi roll basically consists of a roti (thin flat bread), which is shallow fried with a layer of egg. There are many choices of fillings for a kathi roll from nov-veg to veg. It is then sprinkled with tangy sliced onions and rolled into a burrito style roll.

You can even opt for the healthier versions of kathi rolls, which are made with a roomali roti – which is a thin roti (bread), which is not fried and has no egg. However you can choose to go the other way too by super sizing your roll – just try the “double egg, double mutton/ chicken combo.

The original Nizam’s was opened in Calcutta and its fame spread from there. The Nizam eateries in Delhi are not associated with the original one but have created a cult following of their own in these parts. The first one in Connaught Place whch has been around for more than 35 years is most popular but they have opened a few other branches. I went to the one in the Defence Colony market where I managed to chat for a bit with the very charming owner – Mr. Sumeet Chugh. 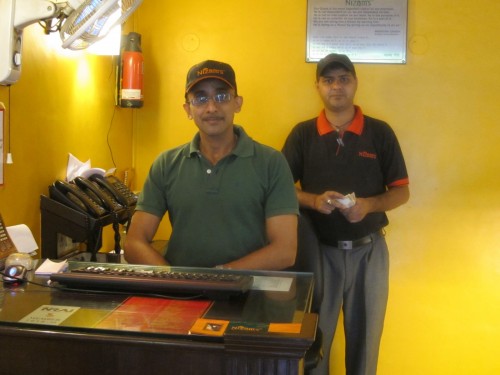 All in all – I think Nizams is a good enough hit to satiate a kathi craving , but in a place like Delhi where really great rolls are available in every nook and crany…..it takes a lot of grit to stay afloat. 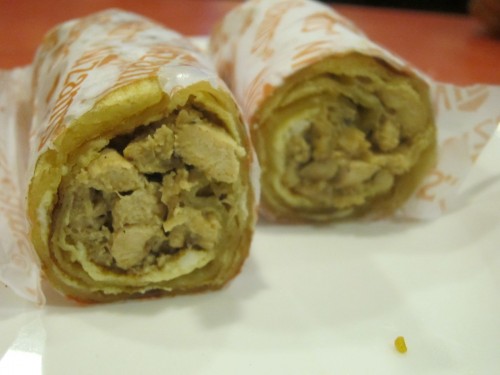 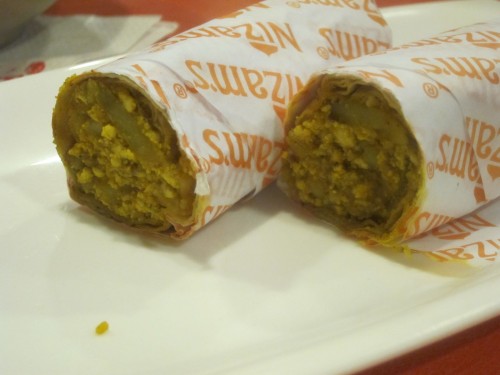 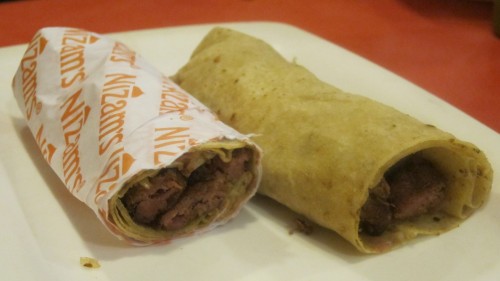 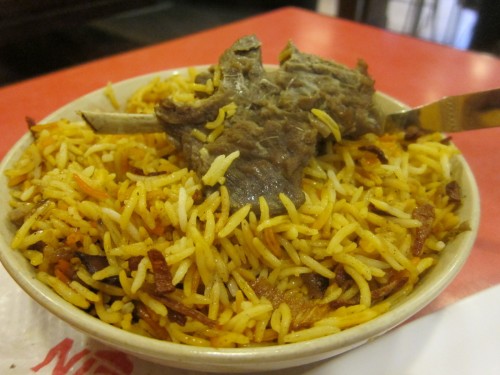 My Ratings For This Meal