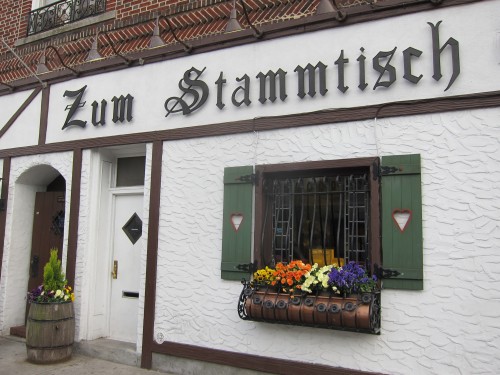 Zum Stammtisch offers a menu of “wursts” and “ schnitzels” and other German favorites. The service is very friendly though inconsistent.

The food was though the biggest disappointment of all. The best of what we tried was the smoked brook trout and the bratwurst. The schnitzels were nothing remarkable and the Kassler and Sauerbraten were inedible.

I figured that there had to be redemption in dessert – HUGE mistake! The Bavarian chocolate cake that promised to be light and airy tasted like it was bought from a local supermarket and the Apple Strudel was very mediocre.

I was really disappointed in Zum Stammtisch after reading so much about. It received a 24 for food in Zagats!! How??

I found that the food there was not even a shadow of the cuisine I have experienced in Germany and Austria. 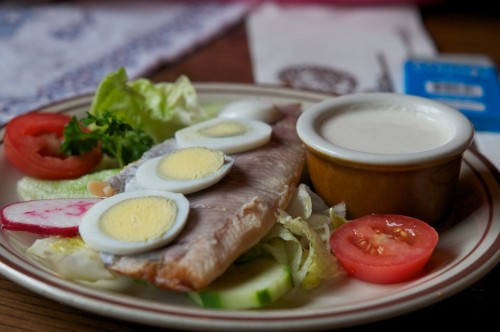 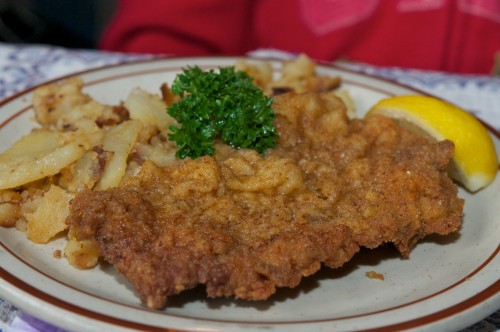 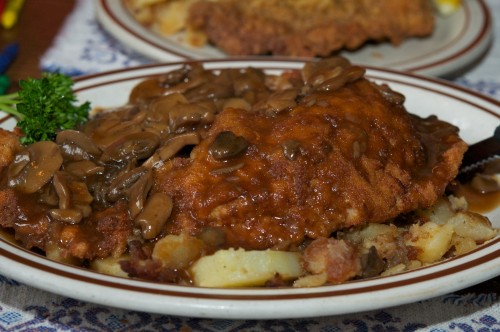 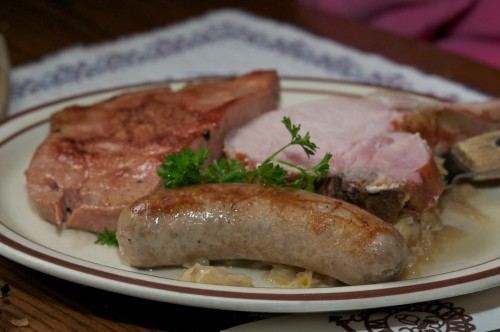 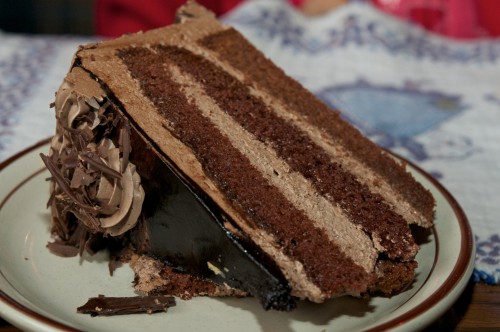 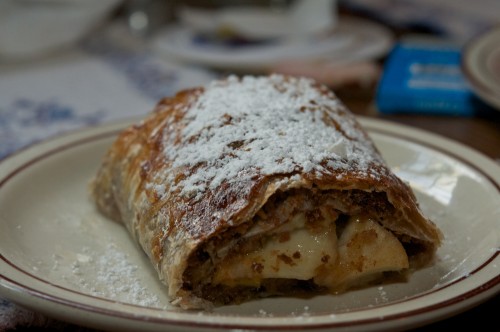 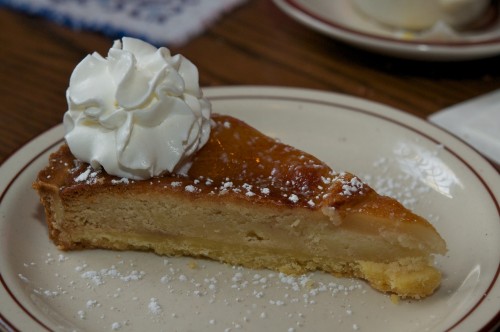