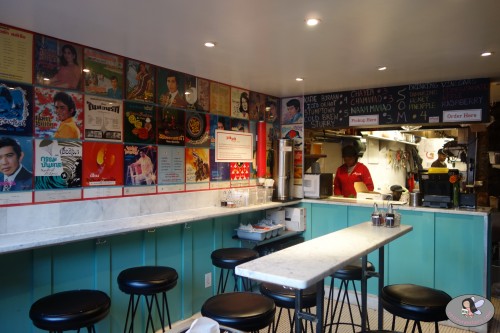 Andy Ricker, a famed Chef from Portland who owns a series of small Thai eateries has brought street eats of Thailand to New York City. With Pok Pok NY already established in Brooklyn, he has opened his second outpost in the Lower East Side.

Pok Pok Phat Thai, housed in a tiny space on Rivington Street, is Ricker’s ode to Pad Thai. With a limited menu that offers about ten kinds of noodles, each dish here is made to order and must be consumed as soon as it is served to maximize its flavors.

My favorite was the Kuaytiaw Khua Kai which is made with fresh wide rice noodles stir-fried in rendered pork fat with chicken, cuttlefish, egg and green onions, served on chopped lettuce. Add a little chili flakes and crushed peanuts on that and the dish is good to go!

I would avoid the tea offerings at all costs – I tried the “Cha Manao” which was a sickeningly sweet, syrupy rendition of iced tea that made me gag more than be refreshed.

Do try their water which is steeped with Pandan leaves…it offers quite an earthy flavor to the water.

Is the Pad Thai at Pok Pok kicking? No way! Come on – I live in Queens – you cant get better than here.

But are the offerings intriguing – definitely! 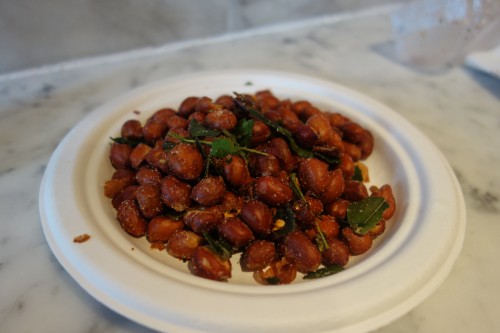 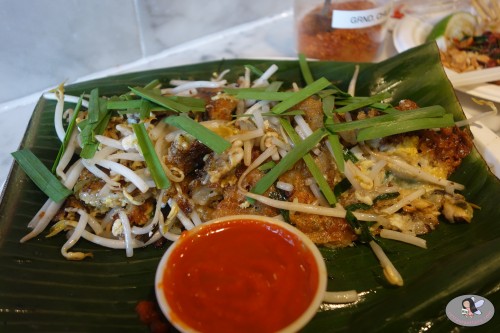