This past weekend, a crew of us food folk planned to hit up a couple of the downtown spots for the first installment of a Lickin’ Chickin’ food crawl.

Here is the route we took:

We wanted to do a mix of fried chicken and wings so we started at Distilled in Tribeca. Here, Shane Lyons (ex-Momofuko) serves up some really excellent eats – but we were there for his famous “Distilled Wings”. 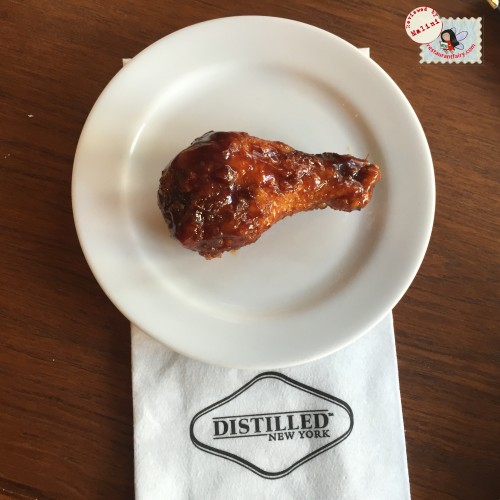 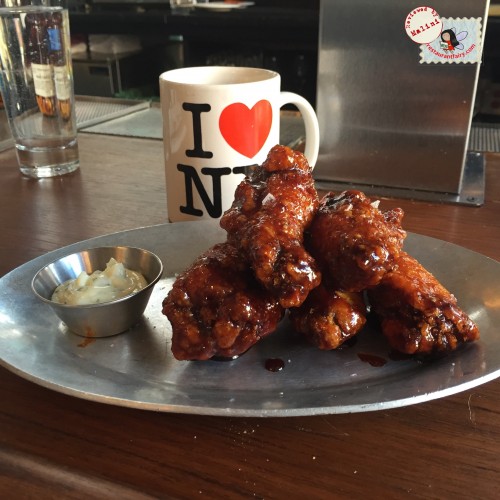 These wings are double fried and then coated with a Korean Gochujang sauce. I have to say that the wings were fried to perfection. Biting into those wings one is hit with the perfect crunch which leads to a superbly moist interior. The only problem with these wings was that the Gochujang sauce was a bit too strong – a little too heavy on the soybean flavoring. If not for that – I think these wings were an absolute winner.

Our next stop was at Sarah Simmons much touted Birds & Bubbles known for its fried chicken and Champagne combinations. 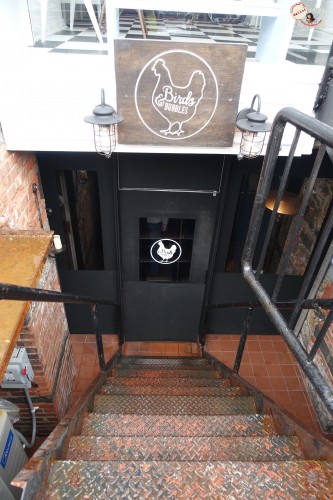 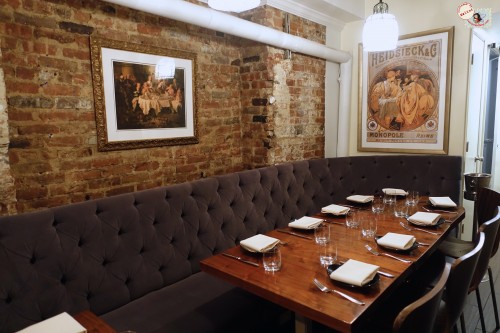 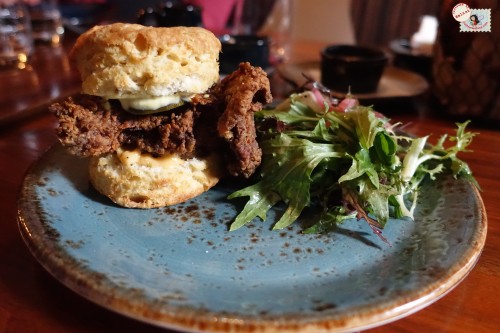 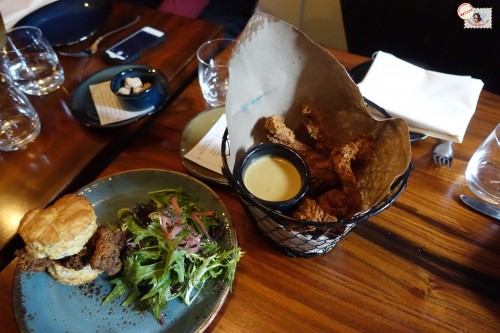 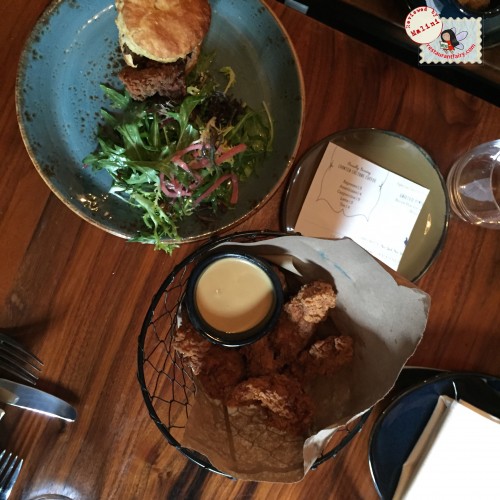 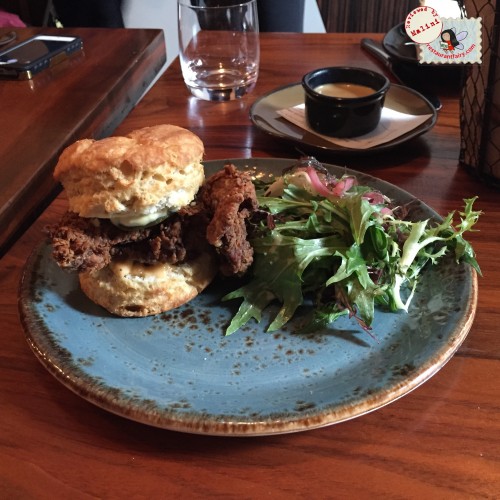 Our next stop was Sweet Chick on the LES, which is one of Williamsburg’s favorite fried chicken spots. 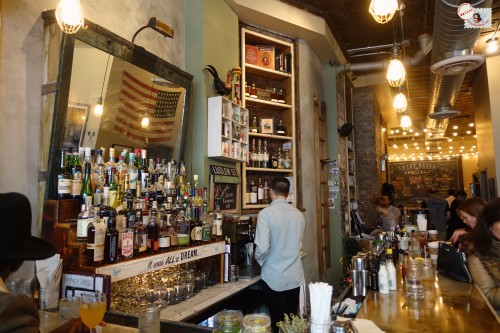 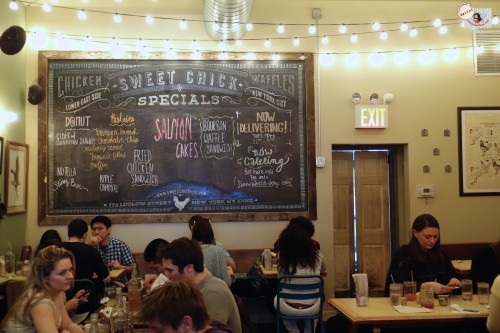 Here the buttermilk-fried chicken is brined for 24 hours and then double dredged using spices the second time round and then fried to a perfect crispness. I tried a breast piece and thought it was really good. The crunch on the piece was perfect but I will say that there was something in the spices they used which had a bit of an after taste. However, overall it was a relay great piece of chicken. 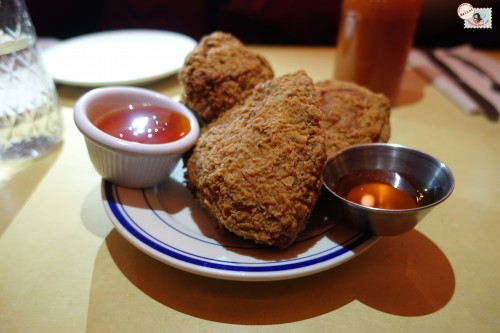 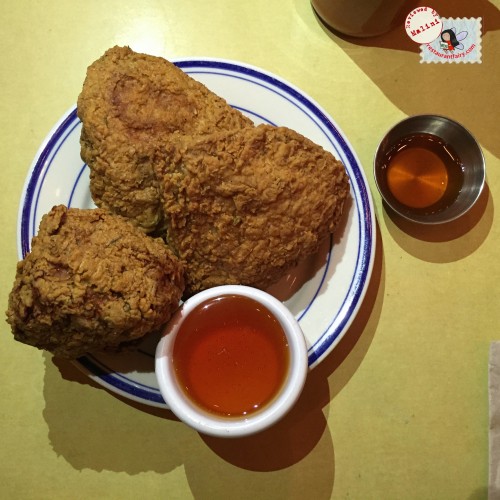 We needed a break from the fried chicken and stopped off at Croxley Ales for some beer and wings. 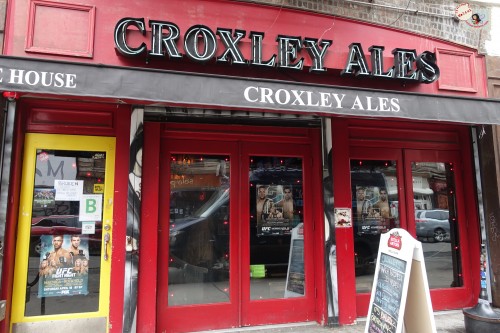 This classic sports bar has a great selection of Ales on tap and a loyal customer base. The vibe was cool here as we kicked back – listenened to some funky music and tried their “Classic Wings”. 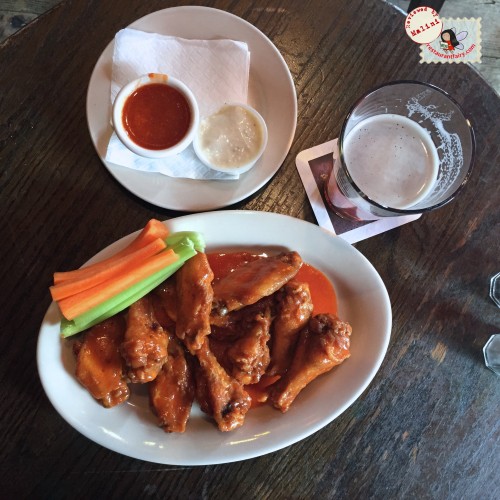 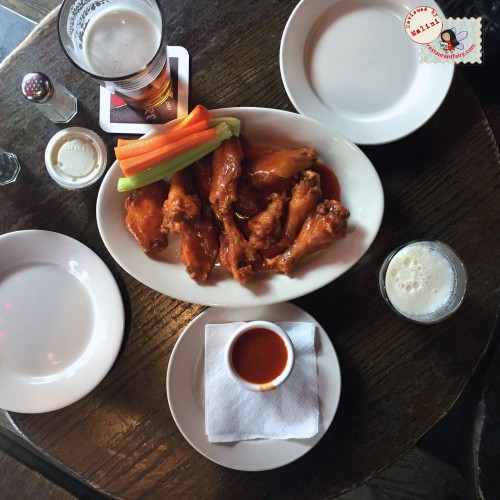 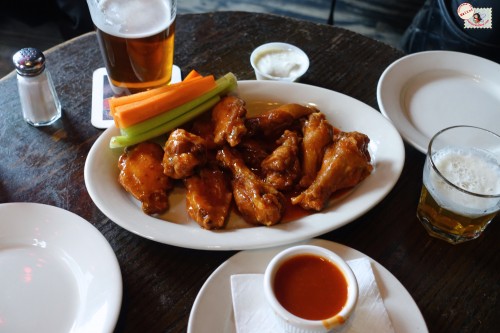 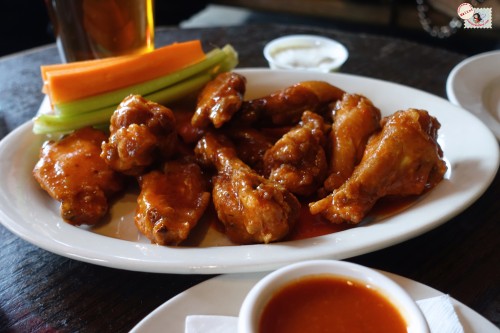 The wings here were just okay – really not upto snuff – they were a bit soggy and the sauce was just meh but we did like the place.

And then there were three! We were rather full by now and really wanted to end on a high note to we went to Bobwhite’s Lunch & Supper Counter for the final leg of our Lickin’ Chickin’ crawl. 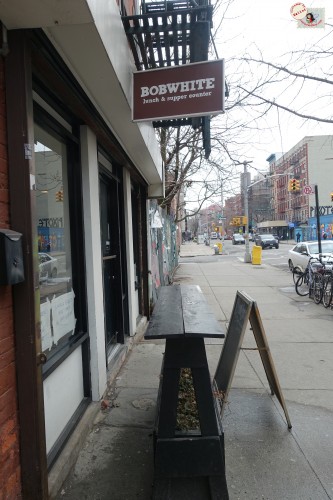 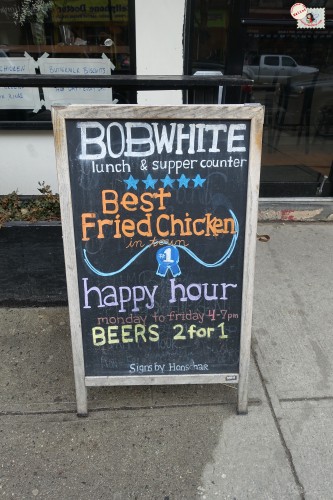 We were hoping that this spot would really give us a homerun and we could head out on a high note and boy did it deliver! 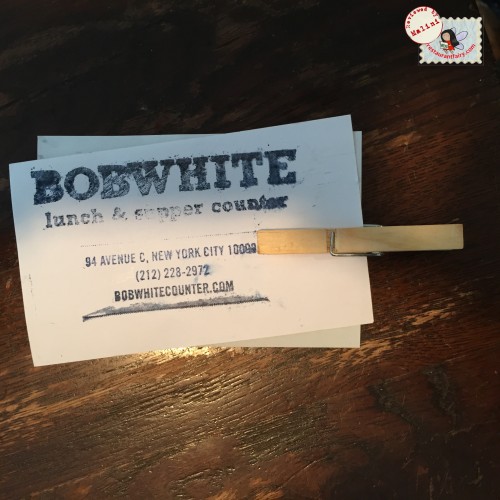 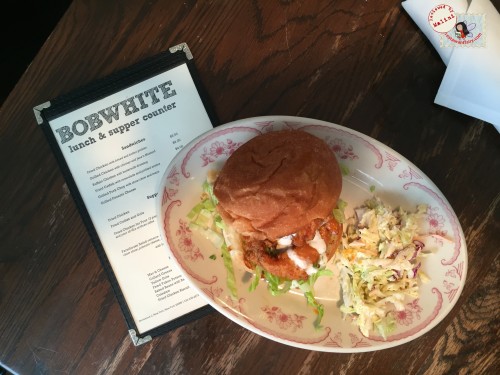 We ordered a “Buffalo Chicken Sandwich” which we thought would be the best of both worlds melding our chicken wings/ fried chicken quest for the day. 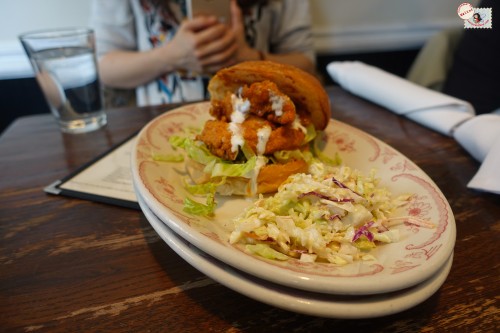 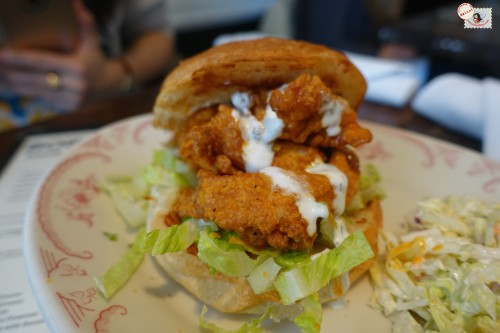 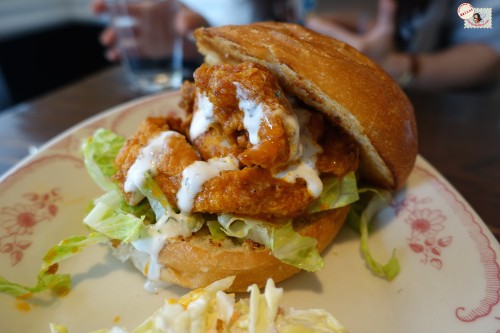 This was a real winner! At Bobwhite they brine their meat in sweet tea. This sandwich was served on a warm buttered toasted brioche bun with a perfectly seasoned, crisp yet juicy bird insdie. It was our most favorite dish of the crawl.

Heres a pic of the final three who made it through our Lickin’ Chickin’ crawl! Great going Justine from Little Miss Local and Jean Lee. Cant wait for the next time! 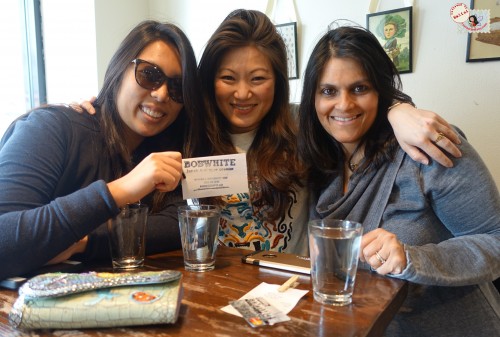