Pie Party Potluck LIVE! 2015, hosted by Jackie Gordon & Ken Leung at the brand spankin’ new Institute of Culinary Education (ICE) facility downtown, was the place to be this past weekend. 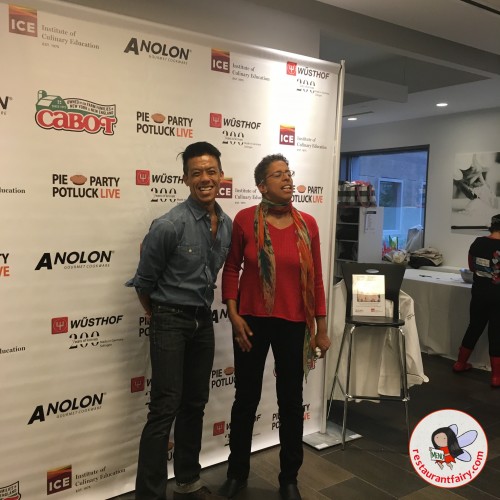 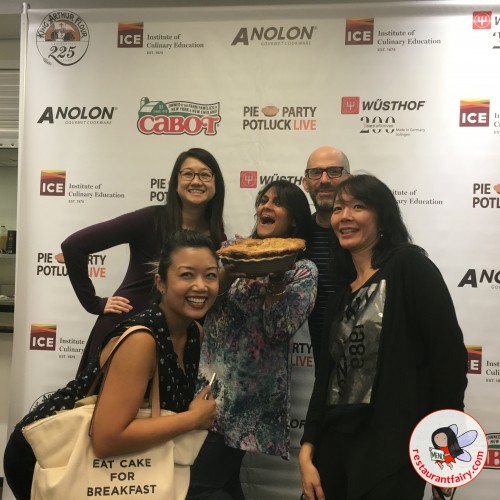 The place was milling with bloggers and foodies alike who had brought in every conceivable kind of homemade sweet and savory pie.

As if this was not enough to fill our already exploding waistlines there were hors d’oeuvre being passed around created by the ICE students and chefs and a live demonstration by one of the instructors on the basics of creating a perfect crust. 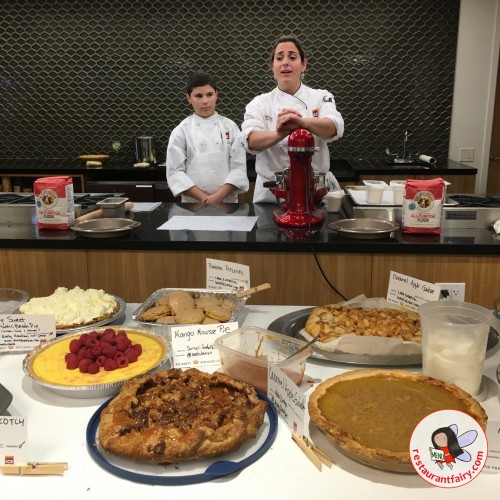 There were generous sponsors galore handing out tasty treats – Wusthof, Anolon, Cabot, Dub Pies and King Arthur were just a few that made this event so special.

There also was a rockin’ bar set up by Matt Bruck and his crew dishing out really excellent cocktails created with Mizu Shochu , Tequila Tromba and Reyka Vodka.

I chose to make two Indian accented savory pies. One was a “Kale & Chicken Curry Pot Pie” and the other was a “ Curried Aloo Gobhi Pie” (Potato and Cauliflower).

I was rather pleased with my creations but really didn’t bother to taste them coz there was so many other pies to devour. 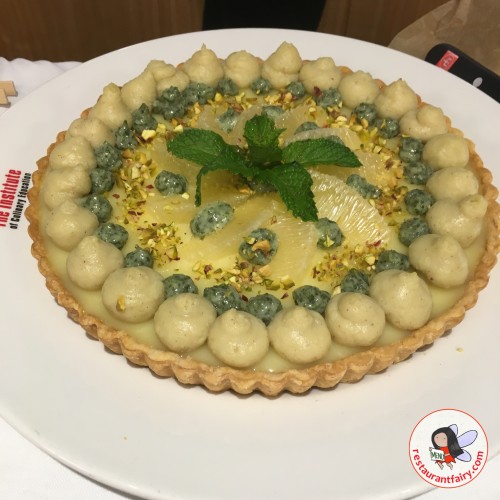 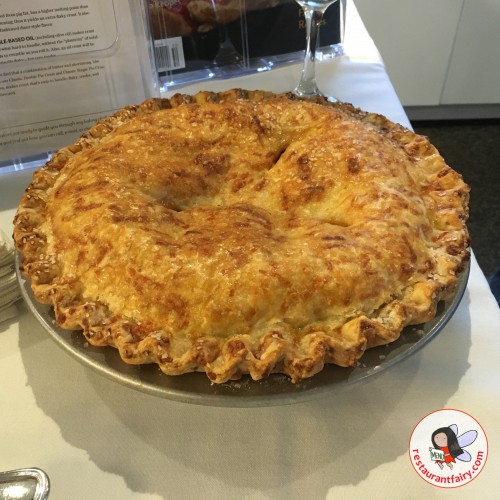 Oh BTW here is a pic of my and my lovely “plus one” Katherine from The Cake Dealer. 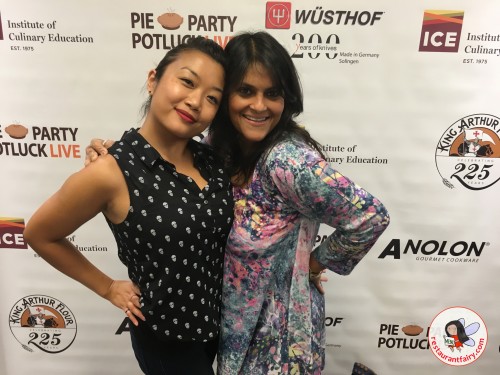 I ate n’ ate until I was really “pie’d” out and came home with bags full of goodies and tons of leftover pie. I think I might just about have enough to last me a whole year until the Pie Party Potluck LIVE! 2016.