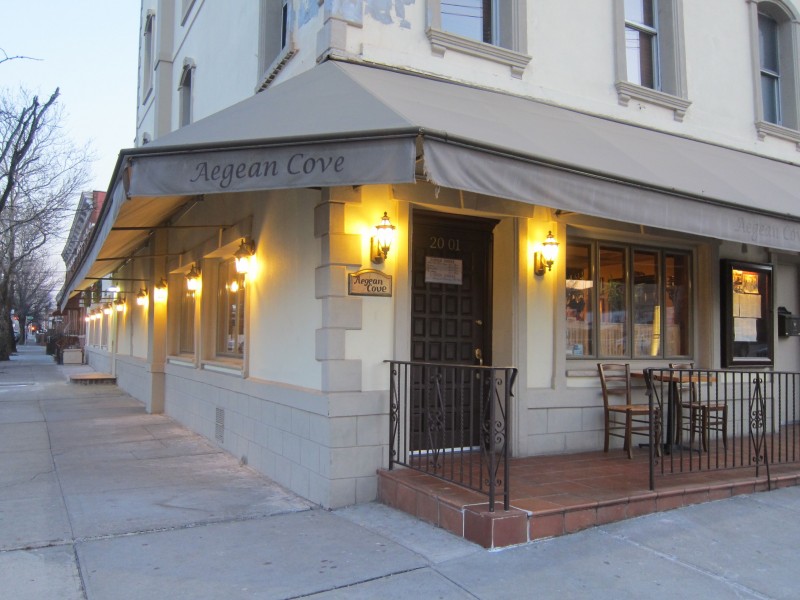 Aegean Cove, was my first foray into Greek food and I have to say that I think I hit the bonanza on my first try. What a great little restaurant this is, tucked away in a quiet part of Steinway street in Astoria. The minute you enter Aegean Cove,  you are enveloped in the warmth that exudes from every corner of this restaurant. Everyone is so friendly, you feel like you are eating in someone’s dinning room.

The food was good. I liked some dishes more than others and would have loved to have tried more. The waiter was so helpful and patient with us as we mulled over our choices for a rather long time. 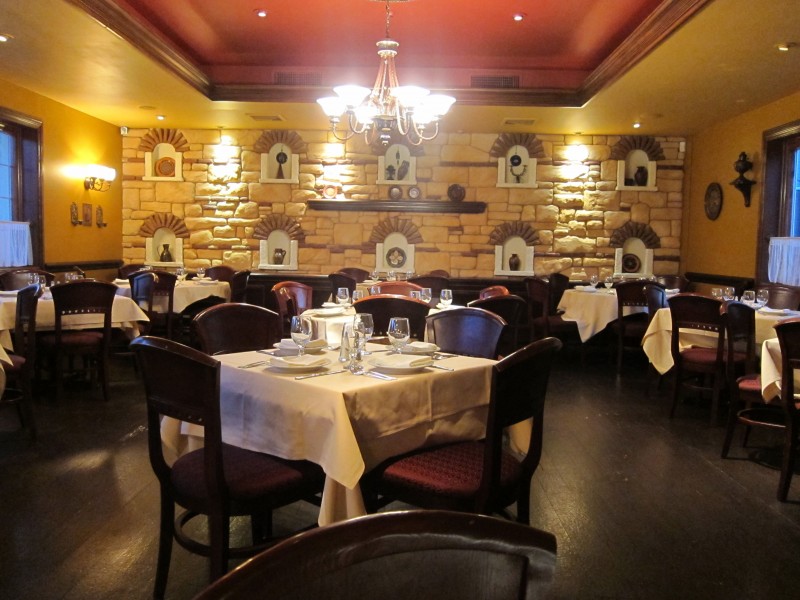 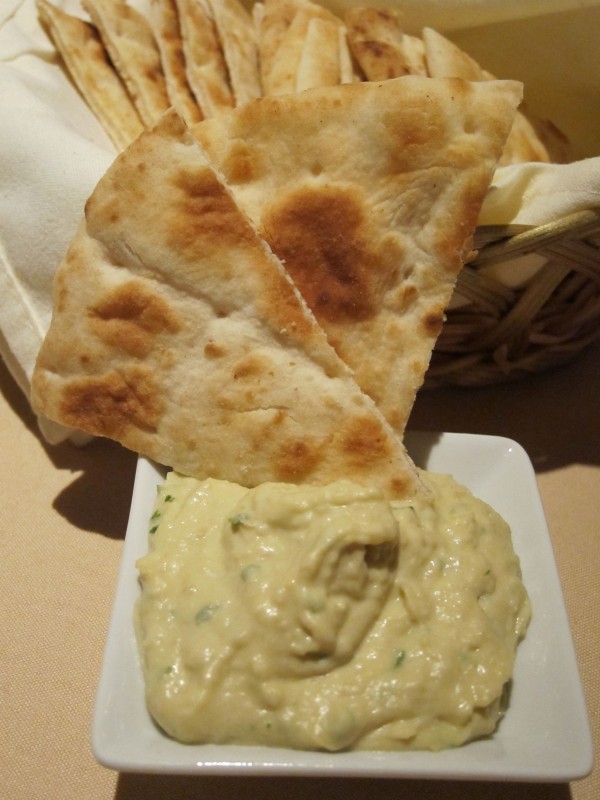 This was an appetizer served at the table and it was really delicious. It was a little different from the middle eastern hummus’s that I have tried. The hummus was fresh and the pita was very good too.

The Octapodi is a grilled octopus which is served with capers, red peppers and onions in a red wine vinaigrette. Our waiter highly recommended this dish and he was spot on. It was absolutely outstanding. The octopus was grilled to perfection and the vinaigrette added just the right amount pizazz to each bite. 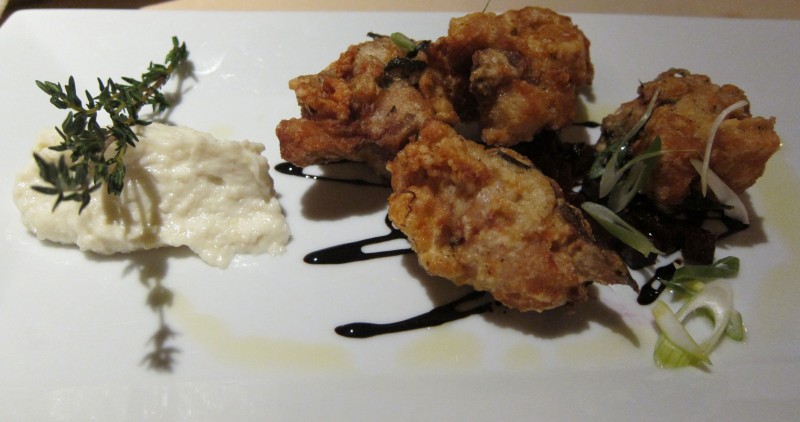 This dish consisted of fresh cod and shrimp croquettes which was served with skordalia and red beets. The croquettes were okay, nothing spectacular but the skordalia which is a thick puree of nuts, garlic, olive oil etc, was really good. 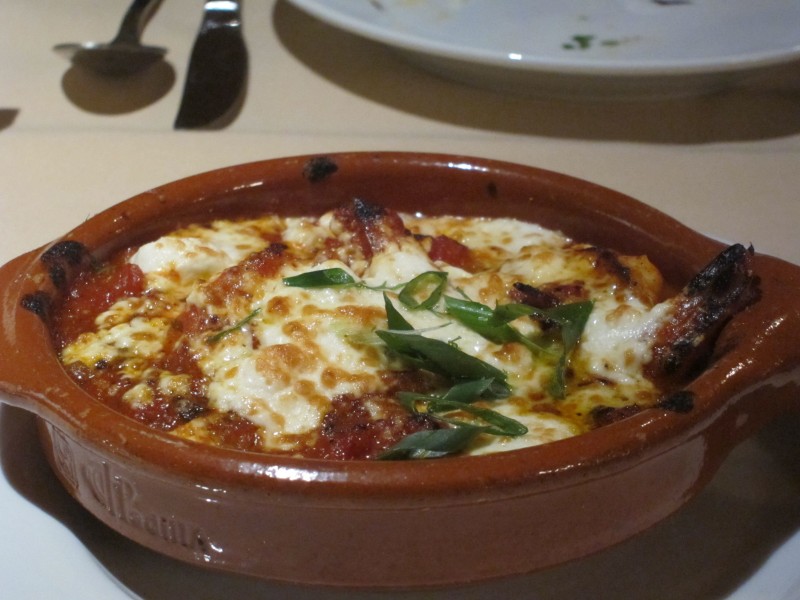 Saganaki is a popular Greek dish that is named so, as it is served in the same single serving dish  it is cooked in. Their Shrimp Saganaki had sauteed jumbo shrimp with a tomato based sauce and melted Feta. I wasn’t very impressed by their Saganaki. I thought the sauce was a little too strong and it overpowered the shrimp. 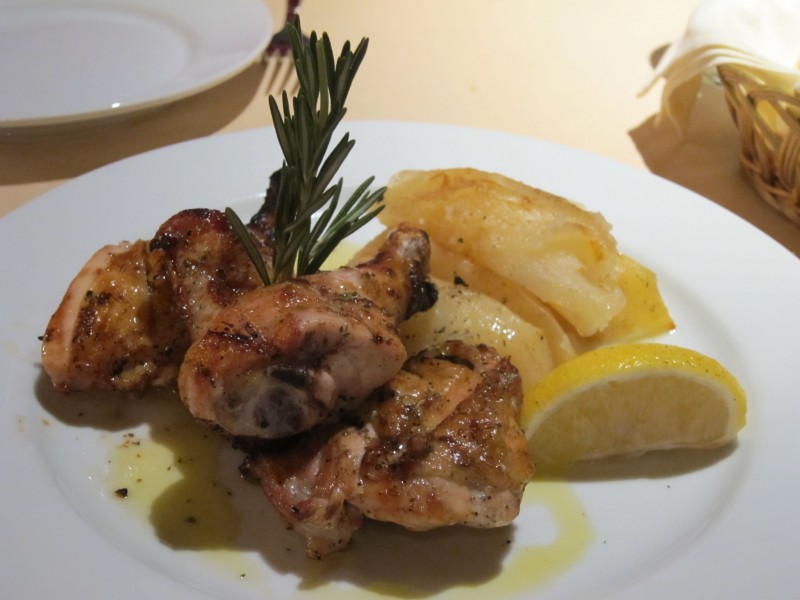 The Kotopoulo is a lightly seasoned, grilled organic chicken which was served with roasted lemon potatoes. This was a rather unremarkable dish. I wish i had ordered something else because this chicken didn’t really distinguish itself as being Greek. It was good though but next time I would probablytry the fish or lamb.

This dessert was complimented to us at the end of our meal. Yiaourti is delicious homemade Greek yogurt topped with honey, dried fruits and nuts. Its divinity is in it’s simplicity. I just couldn’t stop eating it!!!