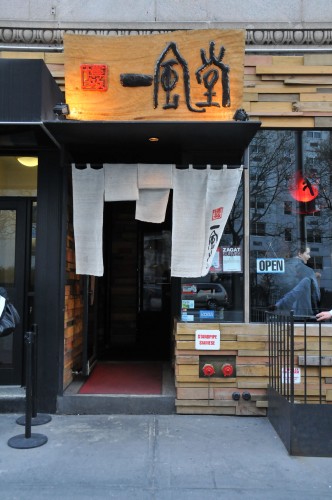 While slurping is considered bad table  manners in the West, it’s quite the opposite in Japan. To express appreciation for a delicious bowl of noodles, slurping is perfectly acceptable, in fact complimentary to the hosts.

Well, get ready – because that is the noise you will hear yourself making the most when you eat at Ippudo – home of “designer ramen”.  It’s a bit pricey for Ramen, which is really considered a street/ comfort food in Japan and usually comes quite cheap. Lines are long for eager foodies who patiently wait their turn for melt in your mouth appetizers and heavenly ramen.

Slurp up… because the ramen at Ippudo is good till the last drop.

These fried chicken wings with an Ippudo special black pepper sauce which was very tangy and peppery. The wings were crisp and really delicious 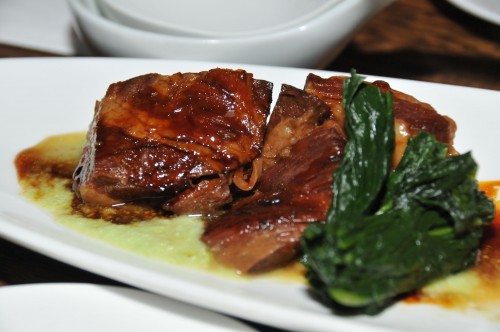 This appetizer was probably the dish of the night. It was a very tender pork belly braised in a soya based sauce, served with a poached egg with a wasabi-edamame sauce. It was a real winner – a must try! 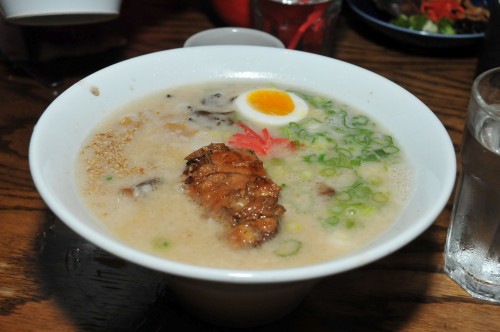 Ippudo specialize in “Tonkotsu Ramen” which is a thick, hearty pork based broth that has a cloudy appearance and a creamy consistency. This dish comes with tender braised pork, wood ear mushrooms, red pickled ginger, sesame and scallions. It is absolutely delicious. 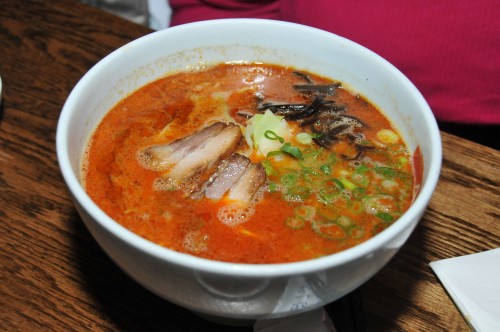 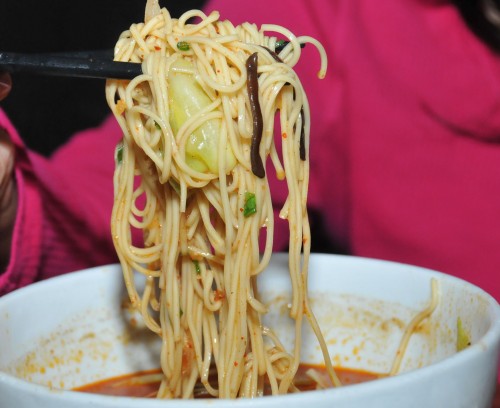 This dish is the “tonkotsu” soup noodles with a special house blend of hot spices. It came with very tender braised pork, wood ear mushrooms, cabbage, onions, ground pork and scallions. This broth had a really nice spice to which made it very tangy.