A long time ago……so the story goes…… during low tide, farmers from Brooklyn could walk their cows across a mile long tidal strait from Brooklyn to Governors Island. It is said that the water currents in this channel were so strong, that it would churn milk into butter – hence the name “Buttermilk Channel.”

The churning hasn’t stopped in this nook of Brooklyn, as Buttermilk Channel is serving up some of the yummiest, down-home, American comfort food I’ve had.

The cozy warmth of this place is palpable as you walk in. Everyone is so friendly and welcoming.

The crowd varies from families with young kids to young Brooklyn hipsters! Waits can be long and they don’t take reservations for parties under five. 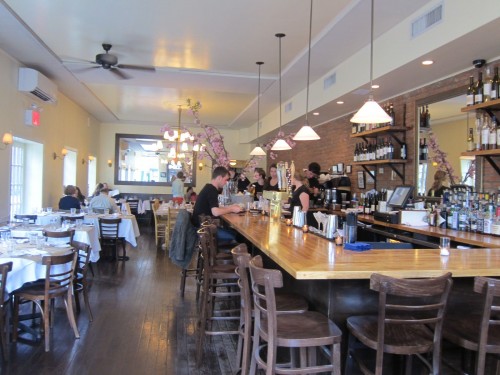 Opened by Doug Crowell with Ryan Angulo as Chef, the two have an impressive array of restaurant experience which includes names like La Grenouille, Picholine, Blue Fin, Blue Water Grill, David Burke and Donetella and more.

As a result the menu is thoughtful as it recreates classic comfort foods to fit in with a more conscious clientele. They source locally, organically and through fair trade as much as possible.

Offerings such as Roasted Chicken with Grilled Bread Stuffing with Poached Egg and Pan Gravy or Cheddar Waffles with Mustardy Mustard Green, Savoy Cabbage Slaw and Roasted Mushrooms; just make you want to curl up and soak in all the goodness you are about to imbibe. 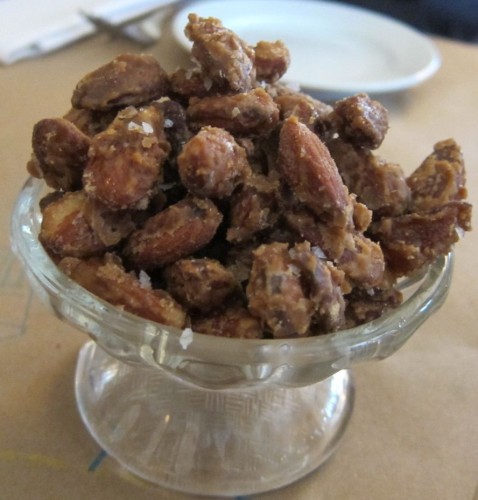 I didn’t think I liked these when I first tried them but the combination was so intriguing that I couldn’t stop myself from pecking at them.

POPOVERS WITH HONEY AND SEA SALT 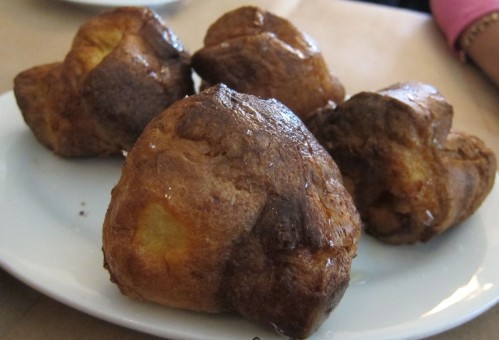 Instead of bread, at Buttermilk Channel, they serve warm popovers with honey and sea salt. The combination of sweet and salty is truly delightful.

This Ham and Foie Gras Terrine was heaven on a plate. It was served with thinly sliced, crisp, toasted bread.

This was such a refreshingly different tomato soup and it was served with a delicious grilled blue cheese sandwich. 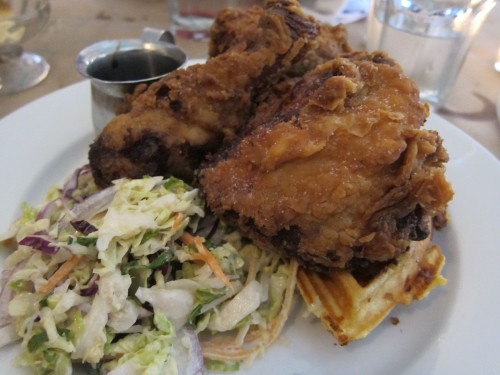 This is the dish that Buttermilk Channel is really known for. I thought their fried chicken was very good. It came with cheddar waffles ( yes you heard right!!) and a yummy savoy cabbage slaw. 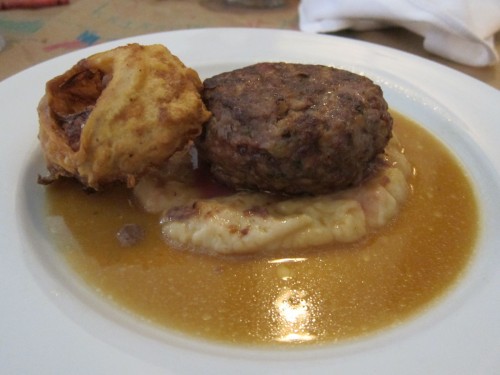 Their duck meatloaf was featured on Sam Sifton’s Eleven Memorable Dishes of 2009article in the New York Times –  so we had to try it.

It was rather exquisite!

The duck meatloaf sat of a bed of creamy parsnips, was bathed in very delicate duck jus and came with a crunchy onion ring. 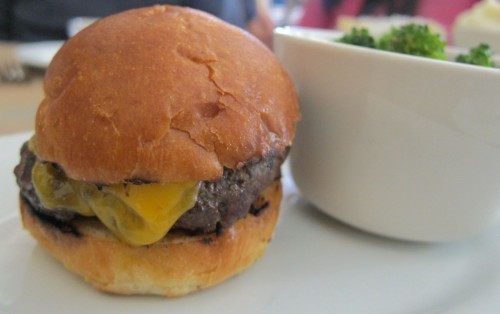 The kids meals were really perfectly sized and came with healthy options of sides like steamed broccoli and mashed potatoes. Their Buttermilk Mashed Potatoes are a must try!! It was light as air and really delicious.