Hey Delhites..how many of you have been to Pitampura?

I for one had never even heard of it until two nights ago when honestly….what I saw there knocked my socks off.

Malls that are more modern than anything in South Delhi (what I’m used too) and gargantuan eateries that were packed with people at all odd hours of the night.

We were hosted at the restaurant at Pacific Asia, which is a huge banquet/ marriage hall complex. We dined with good friends and the family of Pacific Asia’s owners and so as you can imagine…all the stops were pulled out. The restaurant is a multi-cuisine one (which is very popular in India). It served Indian, Chinese and Continental fare.

All I could do to survive the evening was to take a back seat at the great big Indian dining table – camera in hand, unbuckle my belt and prepare myself for the barrage of yummy foods that I enjoyed to the hilt. 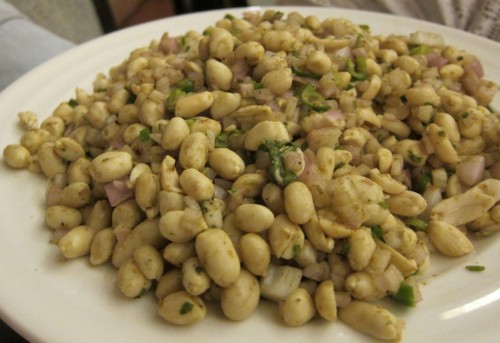 This is one of my favorite spicy Indian snacks. These boiled or roasted peanuts are mixed with finely chopped onions, cilantro, green chilies and spices and flavored with lime. It was delicious.

This snack basically uses the same ingredients as the masala peanuts but is served on crisp Indian pappadums.

Indian-Chinese is a very specific cuisine. It’s of course extremely unhealthy as it is mostly deep fried and heavily spiced but in my books -nothing beats a good Indian-Chinese meal. I enjoyed the Indian-Chinese appetizers here the most. They were really good. The ones that stood out were the Chili Fish, the Chili Lotus in Chili Plum Sauce. 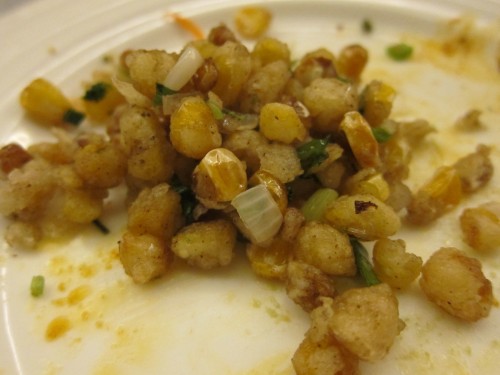 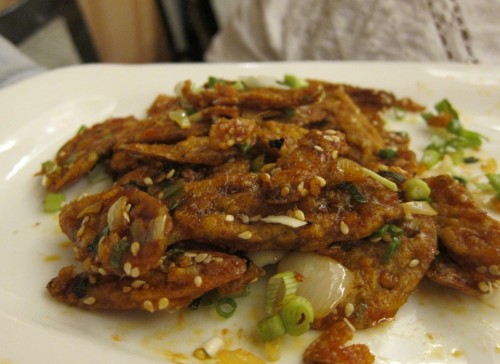 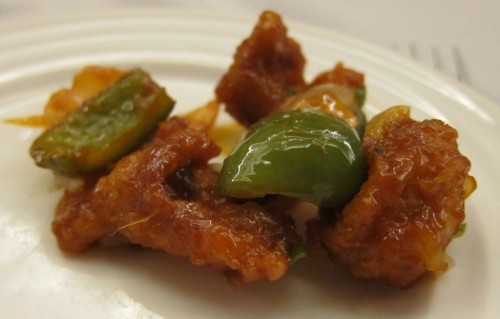 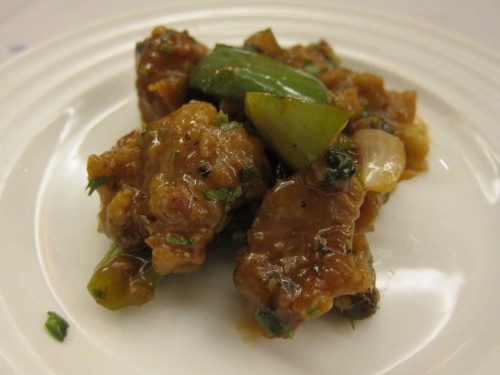 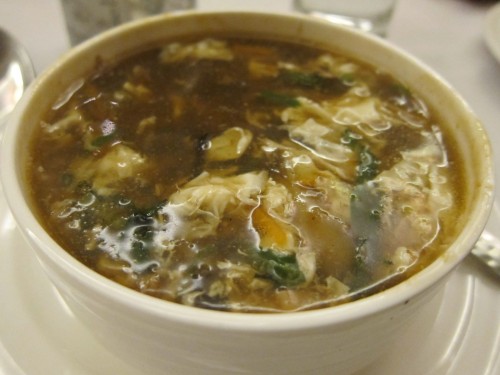 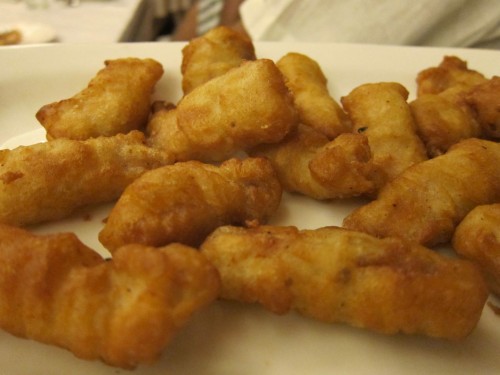 I wasn’t as impressed with the non veg Indian appetizers. I found the kababs were good in parts but lacked the kind of succulence one might expect. The vegetarian appetizers were very good. 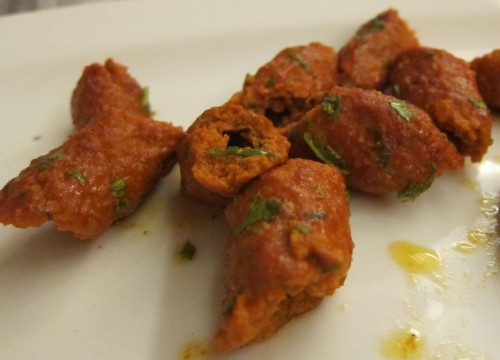 We ordered Indian food for the main course. I thought everything I tried was good. The dishes that were really outstanding were the Kadhai Paneer and Murgh Makanwala. 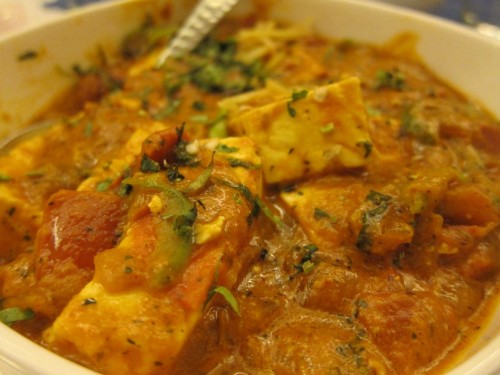 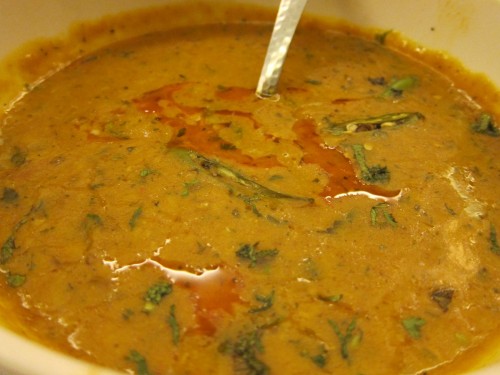 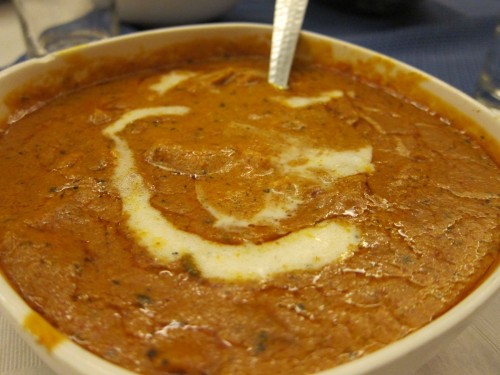 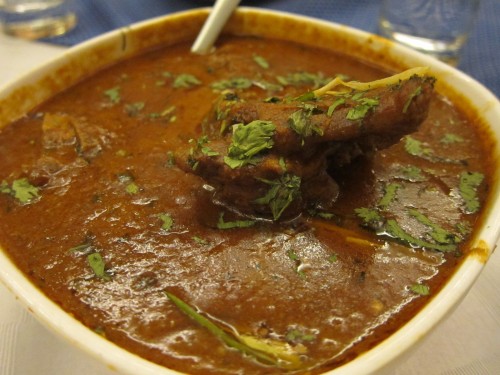 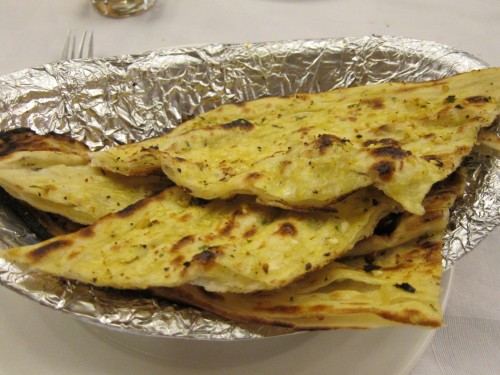 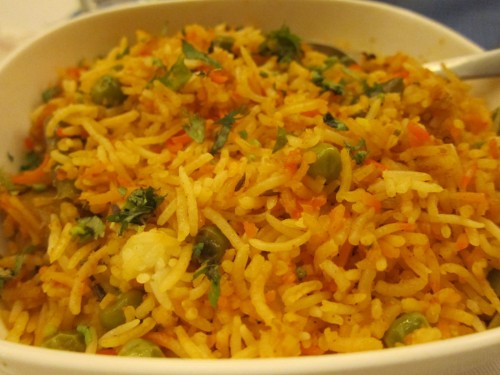 Their breads were excellent. The one that was really outstanding was their garlic butter naan. It was dripping and oozing with butter but it tasted oh so good! 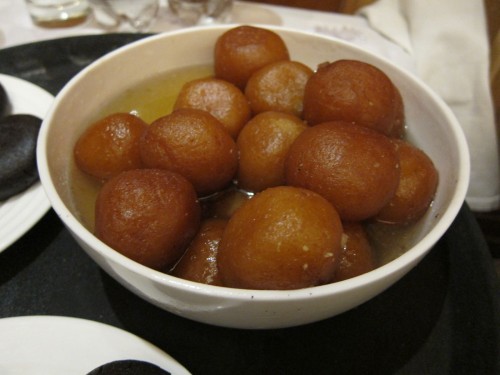 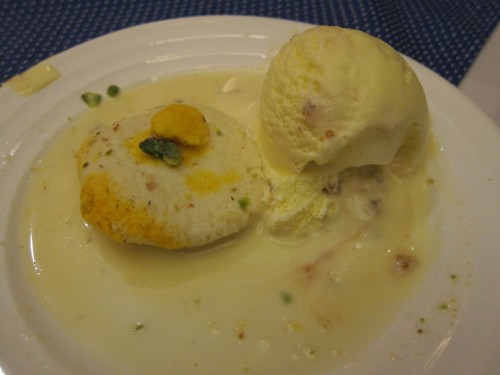