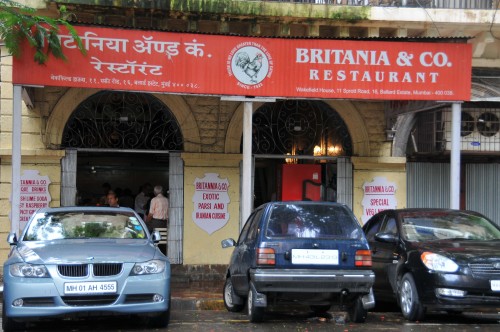 Meet Mr. Boman Kohinoor, one of the most endearing 89 year old that you will ever come across. He’s on his feet everyday at his restaurant Britannia, taking orders and chatting up customers with a true passion for what he does. He’s been there since he was 14 years old and the stories he loves to share with his customers are treasures. Mr. Boman Kohinoor proudly shares letters he has received on behalf of the Queen of England and cuttings and write-ups from all over about his restaurant, that he has carefully collected over a number of years. 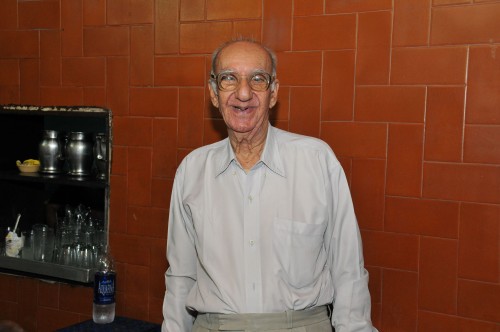 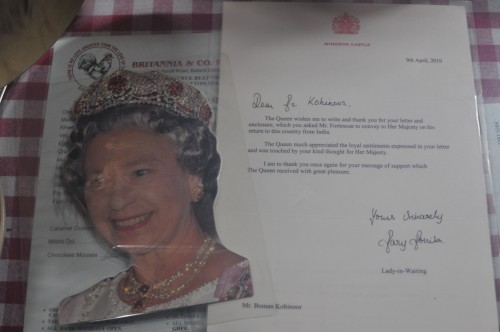 His father Rashid Kohinoor, a Zoroastrian immigrant from Iran, started Britannia & Co. restaurant in 1923 where it served continental food to the British officers who ruled India at that time. As history changed India, so did what and whom Britannia served. Over the next few decades they altered their menu to accommodate dishes with more spice and masala to cater to the Indian palate.

Inspired by his Parsi wife, Britannia began serving Parsi and Iranian dishes, that have earned it a cult following. People from all over the world take parcels of their favorite dishes back to their home countries.

In a world of 24 hour, modernized food spots with lots of glass and steel décor – there’s something so refreshing about walking into this old room adorned with peeling paint, checkered tablecloths and remnants of Bentwood furniture imported from Poland. The restaurant is only open from noon to 4PM. One can only sit there and imagine how much history the place has held. Britannia is probably the last of a dying breed of authentic Parsi/Iranian food cafes that were hugely popular at one time. 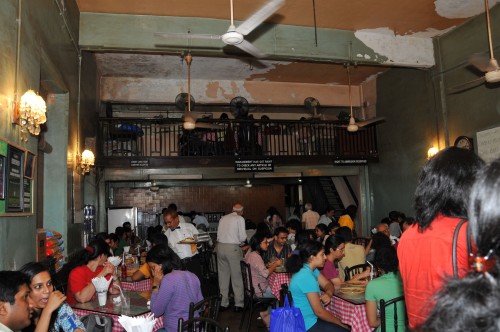 The food is good but you must order right. The mutton dishes reign supreme at Britannia!! The mutton berry pulav, the mutton cutlets and the salli boti are all really tasty. The chapattis here are to die for – I don’t know what they put in them but they are so so good. There is really very little here for vegetarians to eat.

Britannia is currently co-run by two generations – the elderly Mr. Boman Kohinoor and his brother and Mr. Boman Kohinoor’s two sons, Romin who is the head chef and Afshin who mans the cash counter. Unfortunately it seems as though the sons do not share the same nostalgia for the space as their father and many of their patrons do, so do go visit Britannia while it still has it’s doors open.

I know my review is more an ode to the man than the place but Mr. Boman Kohinoor is the institution. Go meet him, eat his food and revel in his passion – because that is what makes Britannia all that it is. 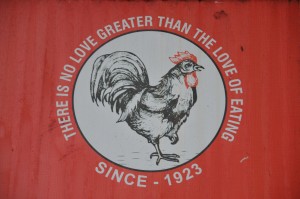 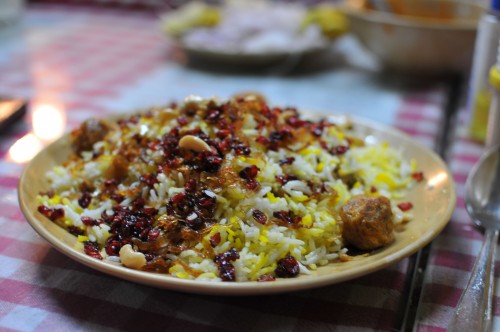 Their berry pulavs are excellent. The berry’s used in this fragrant rice dish are barberries that are imported from Iran. This dish is an Indianized version of the Iranian Zereshk polow. I think the Mutton Pulav is the best one of them all. 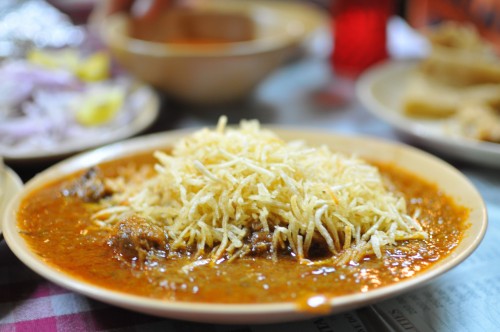 Their sali boti is outstanding. This is a really delicate mutton curry, which is covered with finely shredded potato chips (sali). Eat this dish with their chapattis – it’s a heavenly combination. 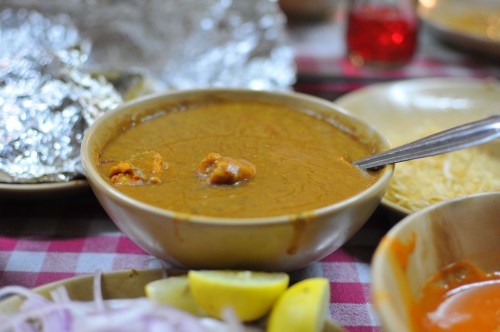 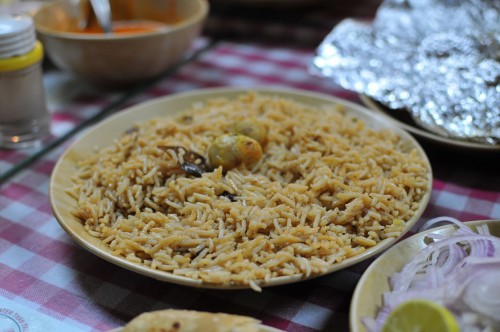 Dhansak is a traditional Parsi dish thats is usually eaten by Parsis on Sundays. This dish is a combination of many kinds of lentils, vegetables and spices and is eaten with brown rice and Kachubar (a sharp onion-cucumber salad). Their Dhansak is good but I’ve had better. 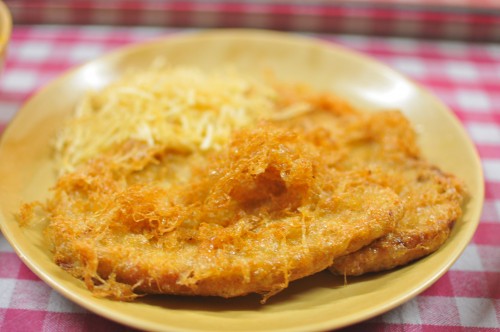 Their mutton cutlets are really good the chicken ones I would pass on. Tradionally the cutlets are eaten along with a dhansak meal. 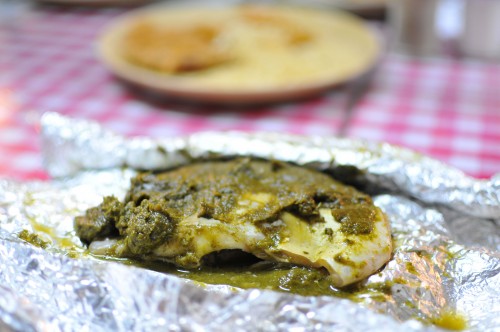 This is a very popular Parsi dish where the fish is covered in a mint and herb paste and wrapped in a banana leaf and steamed. 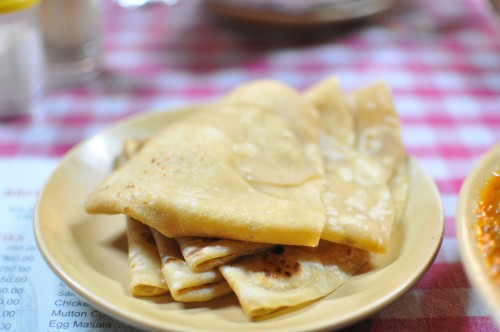 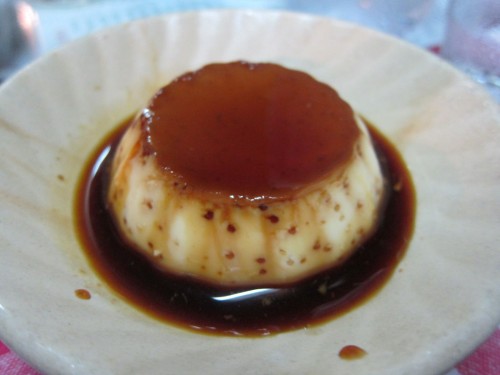 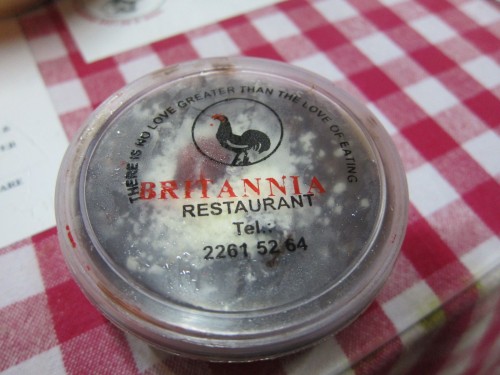 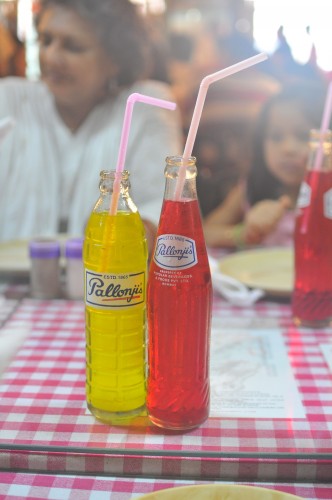 Their desserts are surprisingly good. They only offer three things out of which we tried two. Their chocolate mouse was really creamy and chocolaty. You have to try their raspberry soda – somehow the meal doesn’t feel complete till you’ve sipped on one of these classic drinks.