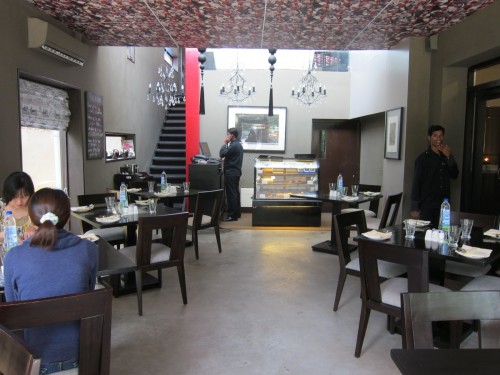 I just love the name – Latitude – I don’t know why but it sounds kinda cool – “Lets meet at Latitude for lunch”.

This bright and cheery café, housed next to the very popular Good Earth store is a perfect little girly lunch spot.

The cuisine is mostly continental – they serve a whole lot of soups, salads, sandwiches, pastas, etc. Nothing on the menu is highly creative or outstanding but the ambiance and location is sweet enough – to keep the crowds coming back for more.

This was a fusion salad, which had bits of chicken tikkas instead of grilled chicken in it. I do not think the Indian part came through enough but it was still a nice salad. I did think that they doused it with too much dressing though – next time I would ask for the dressing on the side.

I thought these sandwiches were very average. The bread slices were just too thick which didn’t balance well with the filling inside. 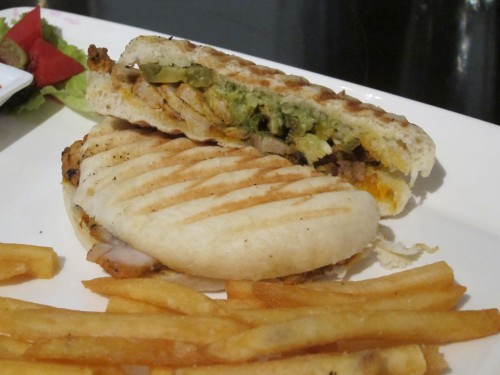 This was a nice sandwich but I still thought the bread was a little too thick. 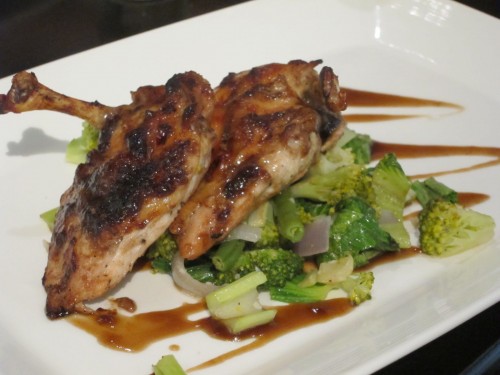 This dish didn’t really taste like a chicken teriyaki but was tasty. It had an interesting sauce and the chicken was nicely marinated and grilled. 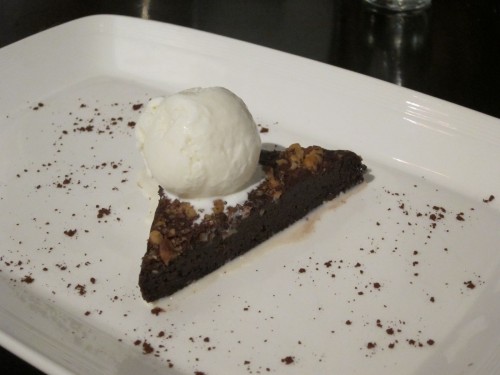 I think this is their best dessert. It was a nicely warmed, gooey brownie served with vanilla ice cream. It was so good that we ordered two. 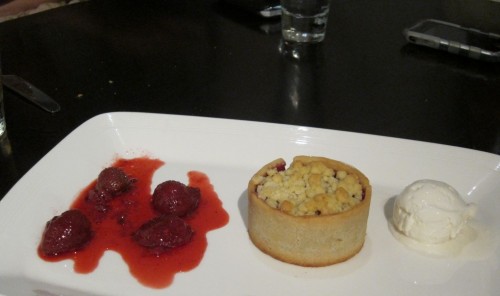 The crust on this dessert was a bit too chewy but the sauces were nice. 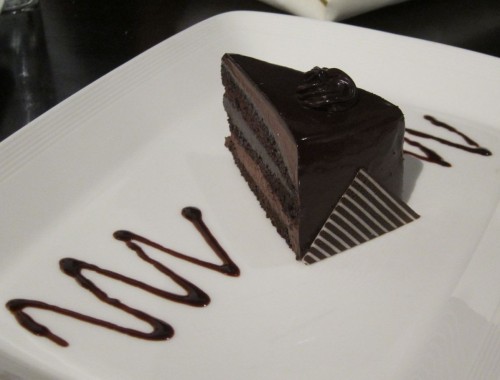 This gateaux looked like a really nice, moist piece of cake but was disappointing. The frosting part served my chocoholic needs but the cake bit was way too dry.