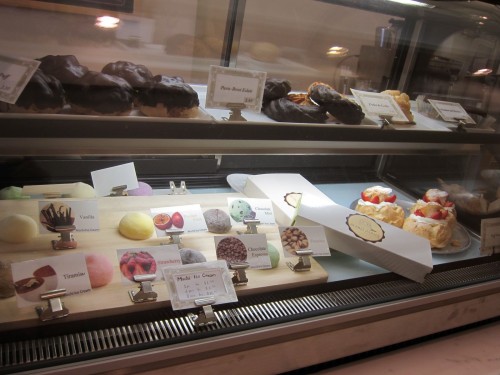 Beard Papa’s has perfected the art of mass-producing fabulous cream puffs without comprising on taste and quality. The Beard Papa’s empire began in Osaka, Japan in 1999 and has since expanded to over fifteen countries worldwide.

All their cooking is done right on the premises. They bake up crisp choux pastry shells, which have a filling of your choice, just as you order them. 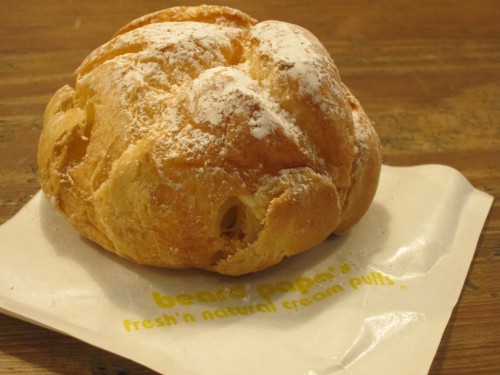 They use all natural ingredients and no preservatives. That’s is why – the best time to eat a Beard Papa’s cream puff is the minute you get it.

They generally offer fillings like vanilla, chocolate and green tea and throw in special flavors of the day or month.

They have now added different options to the kinds of shells and fillings you can have. They have mini- puffs, éclairs, puff panniers and so on. 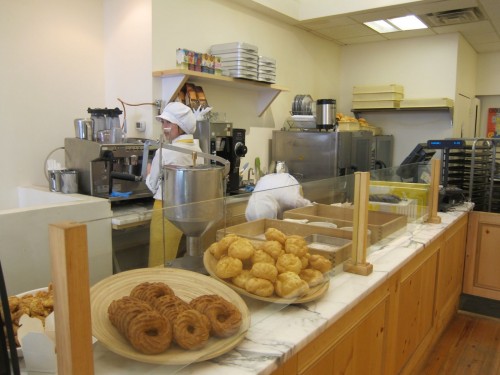 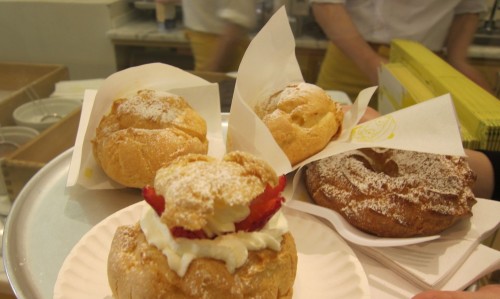 They have also started serving other desserts. I do feel as they have been adding more desserts to their repertoire, the quality of their original cream puffs  have diminished and the essence of Beard Papa’s has been diluted.

Still, their vanilla cream puffs can still hold their own and is the best thing they serve. There is nothing like biting into one of these crisp beauties and allowing the vanilla cream filling to ooze in you mouth. 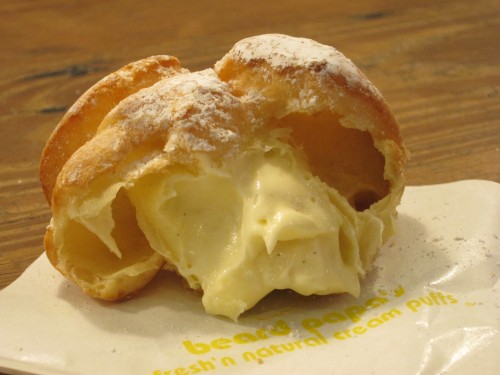