I agree I’ve arrived a little late to the Cronut mania party but I just couldn’t envision standing on line for hours, in the wee hours of the morning, waiting for something I may or may not get.

However, I recently realized that there is an easier way. I hedged my bets online and finally managed to pre-order a ½ dozen Cronuts! 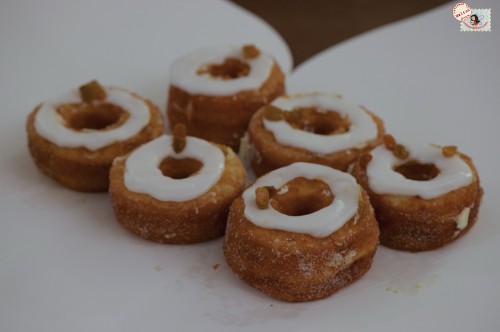 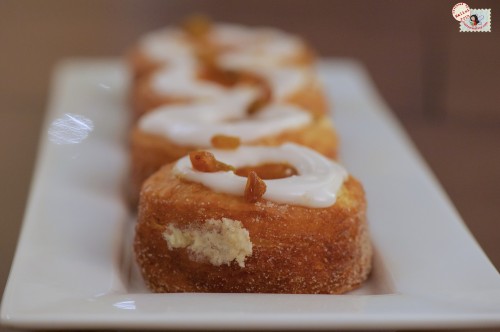 It was extremely exciting until they announced the flavor – Caribbean Rum Raisin – what?????? One of the few things I hate is raisins! This did not stop me from claiming my stash and I have to say that the flavor was not as bad as I expected. 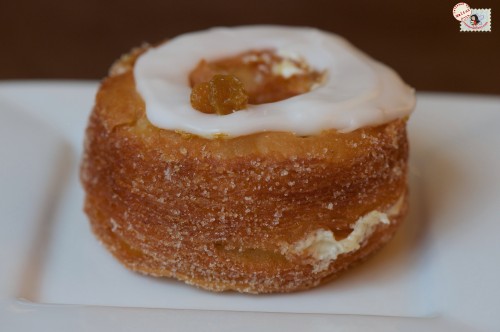 The Cronut itself is a fascinating invention. Its part croissant, part doughnut, injected with a light flavored cream, glazed and sprinkled with powdered sugar and toppings. No one can deny the genius behind this construct. 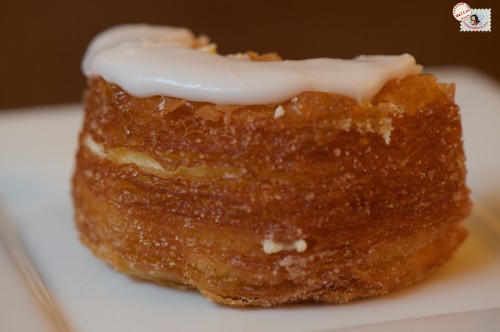 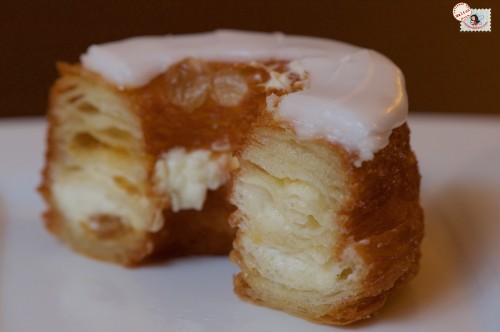 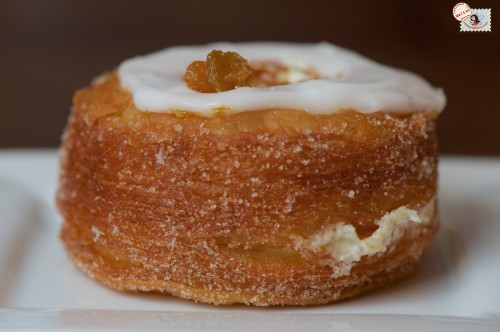 There are only 300 cronuts made a day at $5 a piece and people just can’t get enough of them. Lines wrap around the block from this tiny bakery – rain, snow or shine! Many have tired to copycat the concept but no one else has managed to same amount of hysteria as Dominique Ansel has.

I think I do need to try a different flavor to honestly give my official verdict on if I’m a fan or not! So far I’m on the fence. 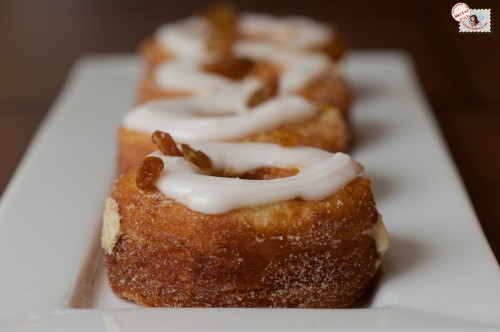 One thought on “The Cronut at Dominique Ansel’s Bakery, Soho, NYC”