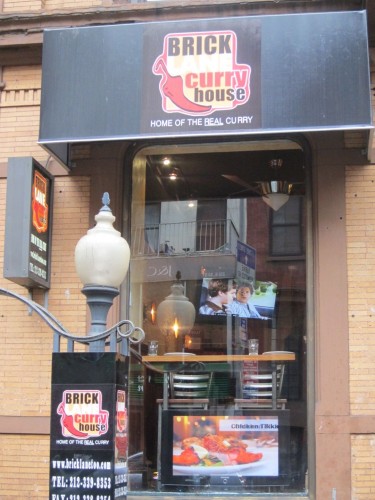 What exactly is the fuss all about at this highly overrated curry house? They claim to be the home of “real” curry. Oh No – I don’t think so!

We went to the one located in Mid-town Manhattan. It’s a very small space with one big communal table. I’m sorry Brick Lane fans but I was just not impressed! The Kababs were tough to eat, their stuffed breads were super oily and their curries were the biggest disappointment of all.

Their one saving grace was just how nice the staff was. They were so eager to please and just sweet! sweet! sweet! For their sake, I really wanted to the meal to be  good –  but alas it was just not meant to be! 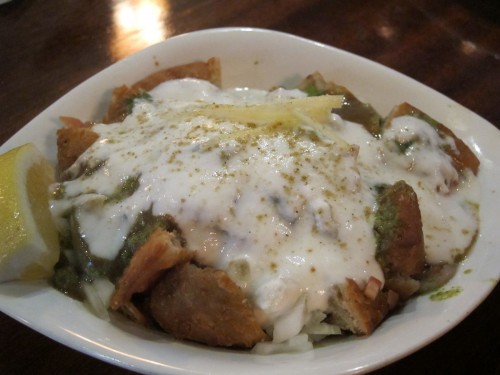 This dishes consisted of a samosa smothered in yogurt and chutneys. This dish was not too bad but their basic mint and tamarind chutneys were not tasty – so it’s kind of hard to make good chaat with bad chutneys. 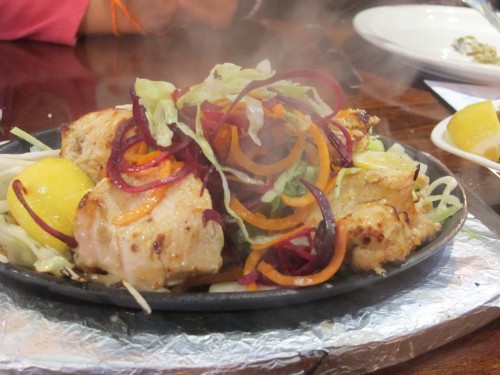 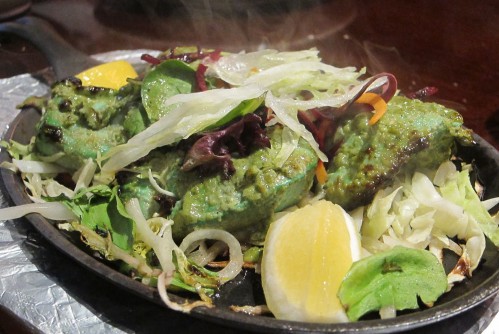 A good tikka should be soft, juicy and succulent. Both these tikkas were exactly the opposite. They were hard, dried out and absolutely tasteless. The Hara Bhara Kabab that should be delicately flavored with green herbs like mint and cilantro was doused in green food coloring which is evident if one looks closely enough at the photograph.

This potato dish was pretty good. It had nicely flavored thick gravy that went well with the potato. 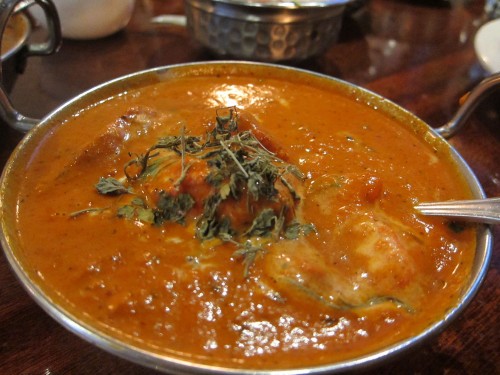 I knew not too expect too much from the Chicken Tikka Masala given that the chicken tikkas had been so bad. The only thing that helped us through the tikka masalas was eating it with copious amounts of their red onion chutney. 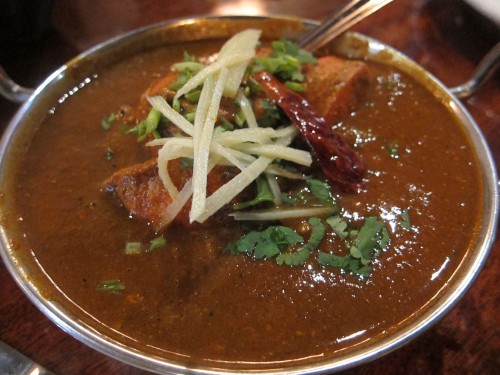 I was most excited to try the “Phaal” being the spice fiend that I am! The “Phaal” is what they claim to be an excruciatingly hot curry. If you finish the dish you get a free beer, a certificate of completion and a picture in the “Phaal” hall of fame. Cute concept……… however, in my opinion –  “Phaal” was foul!

It was just a bunch of concentrated chilies ground and cooked together. Yes – it was spicy but what about flavor?? I can eat dishfuls of really spicy food – as long as it’s tasty. This dish….. I saw no reason to go through with more than just a few bites of it……..it didn’t please my palate in anyway. 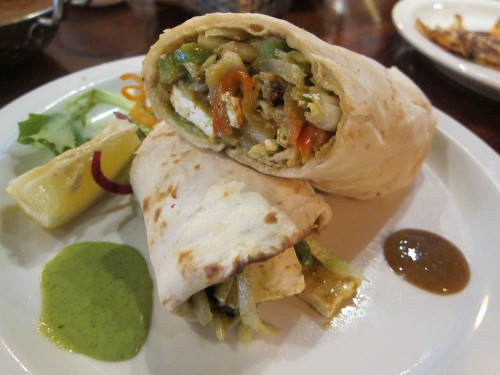 This was the best dish of the meal. The naan was tender, the filling was tasty and we really enjoyed these rolls. I wish we had just got these rolls in all kinds of different fillings. 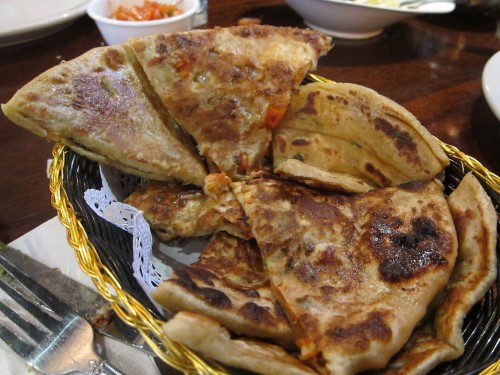 There breads were a huge disappointment. They were limp, oily and tasteless. The stuffed ones didn’t have enough stuffing in them and it didn’t complement anything we were eating.