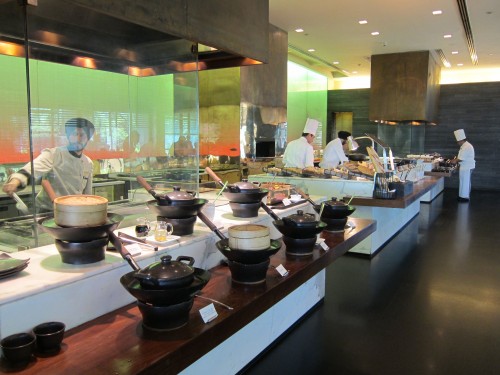 Three Sixty at the Oberoi Hotel is one of the poshest eateries in New Delhi, India. It’s a great spot for people watching as it is frequented by the Delhi elite and celebrity crowd. The impressive space is huge and bathed in natural light. The decor is modern and extremely chic. All of this makes for a great place to hang out at …..(with a pretty price to pay for it of course!)

Three Sixty offers an eclectic array of food choices.  Along with an a-la-carte menu, they offer a very popular lunch buffet for about Rs. 1,500 a person. At the buffet there is an assortment of a small plates available where you can pick up anything from sushi to salami. There also are three “live” counters which offers you choices of Indian, Asian and Continental fare that is made fresh.

The service was bad! It took them eons to seat us, our drinks didn’t come and so on……. I was very surprised as the Oberoi Hotel Group is really the gold standard for hotels in India. 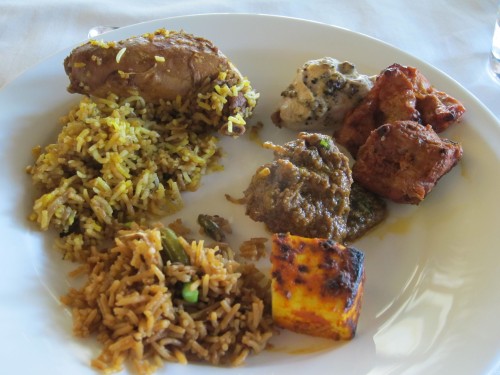 I tried a variety of foods from their Indian food counter. I was unimpressed by both the rices I tried – the Biryani and the Vegetable Pullao. I really liked  their Chicken Murg Mussalam and the Mutton Curry. It was really delicious.

The kababs that day were rather  forgettable though on other occasions I have had pretty spectacular fish and chicken kababs at Three Sixty. They had a really good Yellow Dal but the rest of their Indian vegetarian fare was rather ordinary. 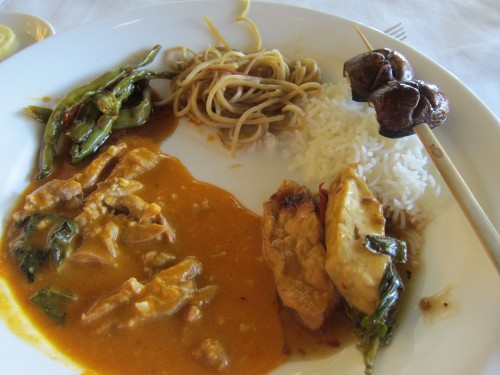 I tried a sampling of different things from the Asian live counter. The grilled yakitori’s in general looked very unappetizing. I did try the eggplant one which I thought was terrible. It was grossly undercooked and had no flavoring on it at all.

I then tried the Duck with Penang Curry and the Fried Tofu with Mixed Vegetables, which I thought was very good. It went really well with steamed rice and the Hakka Noodles. I also tried the Haricot-Verts with Chili Sauce which was a little over done but tasty. 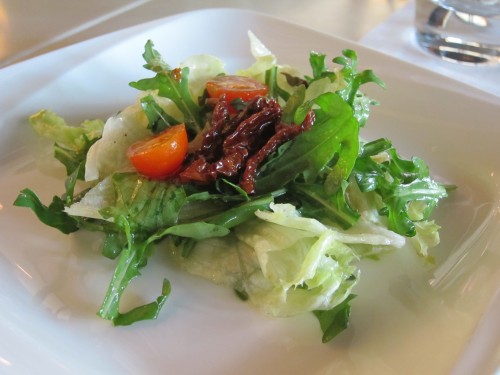 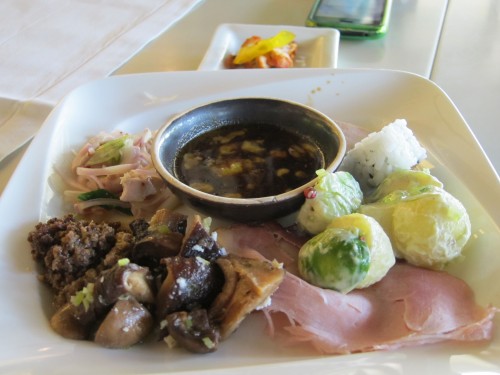 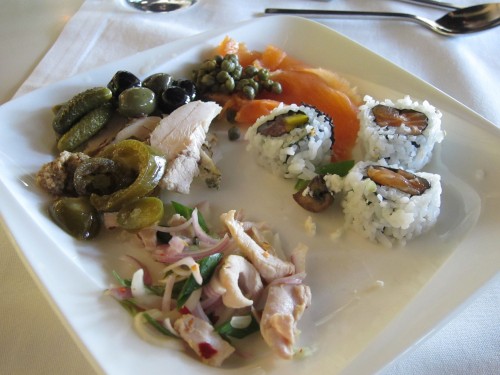 There is a wide variety of offerings at the Three Sixty buffet that would satisfy a continental palate. I thought their Arugala Salad was very good. The greens were fresh and the dressing was wonderful. There was a smattering of other dishes like the Chicken Salad and the Potato Salad that was decent. I didn’t think much of their buffet sushi – though I’ve heard its much better when ordered a la carte. 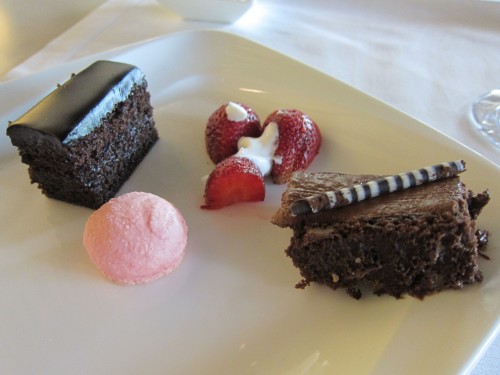 I thought the desserts at the buffet were pretty pathetic. The Strawberry Meringue was hard as a rock and totally inedible. One of the chocolate cakes was pretty good but the other one was terrible. I thought the dessert buffet in general looked pretty uninviting. This is one aspect of thier buffet that they really need to work on.