Ever had a meal with  view like this one? 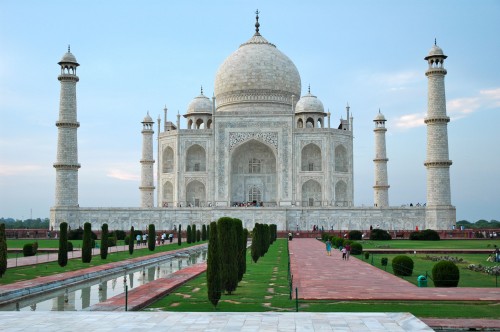 Yes, that really is the Taj Mahal!

Imagine soaking in the beauty of one of the world’s most beautiful monuments as you are dinning.

The experience is indescribable……..

The Oberoi Amarvilas resort is located 600 meters away from the Taj Mahal. It is one of the most beautiful hotels I have ever been to. 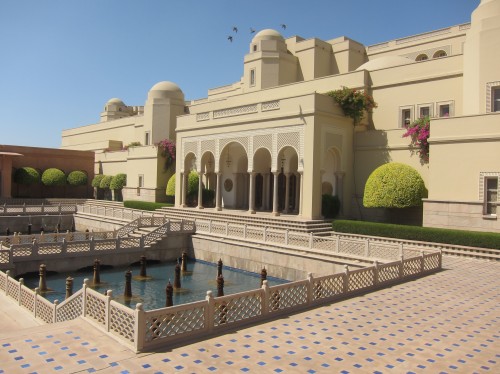 Here you are truly treated like royalty……..and why not?  The air here is so thick with the magnificent history of India’s past.

It is here, in the 1600’s, that the heartbroken Emperor Shah Jahan built the ultimate edifice of love, in memory of his beloved queen Mumtaz Mahal.

At the Amarvilas, every room has a view of the Taj Mahal. The hotel has been styled with Mughal and Moorish influences. It brings back the resplendent glory and rich heritage in which the Royals of India lived.

Everything at Amarvilas is done just right. From the incense infused hallways, to the immaculate service, to the breathtaking view  and fabulous ambiance – it all makes for a perfect experience. It is just one of those places that takes your breath away. 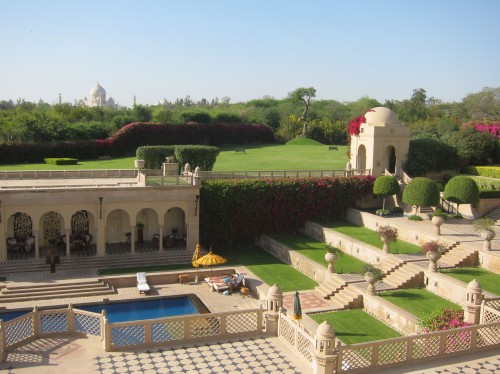 The only disappointment was the food. I think that the menu and the way they flavor their food here is perfectly suited to the foreign palate which is the bulk of their clientele. However, for me their food falls short. It’s just not Indian enough!

Everything about their food is too too mild – it doesn’t make any statements….but I guess with environs like this…..they really don’t need to.

To live like royalty does cost a pretty penny….the prices at Amarvilas are rather exorbitant.

However, I think – if you can afford it, then to experience the Taj Mahal the Amarvilas way – is so worth it! 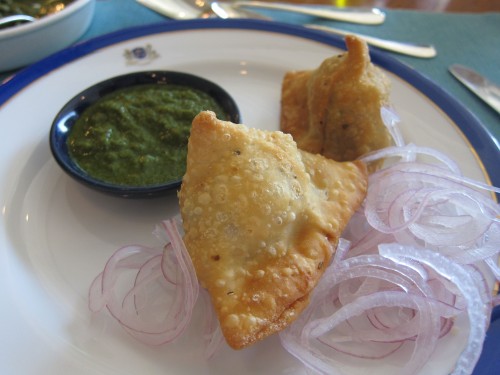 There samosas were fabulous. The dough was very light, flaky and perfectly crisp and the filling inside was mild but tasty. This was one of the nicest samosas I have eaten. 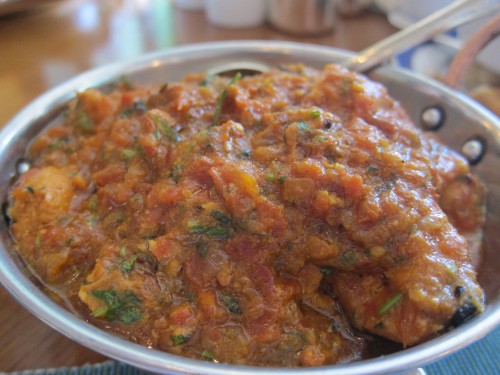 This was a chicken dish cooked in onion and tomato gravy. It was pleasant dish – very mild, sort of boring. 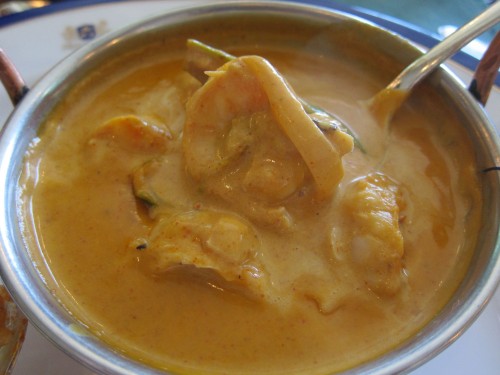 This shrimp curry was a strange dish. I thought being that it was a Goan dish it would have some bold flavors but it turned out to be he mildest coconut curry dish of all. It tasted very Thai and just did not go with all the other Indian dishes that we had ordered. 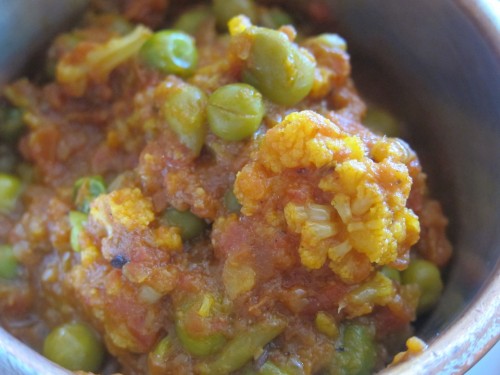 This dish which was cauliflowers cooked in sealed pot with Indian spices was very disappointing. While the vegetables were fresh and had a nice bite to them, the curry was really insipid. 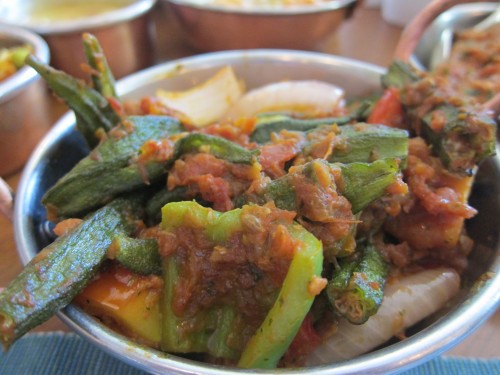 This dish was stir fried okra with tomato and coriander seeds. It was exactly like the cauliflower dish. 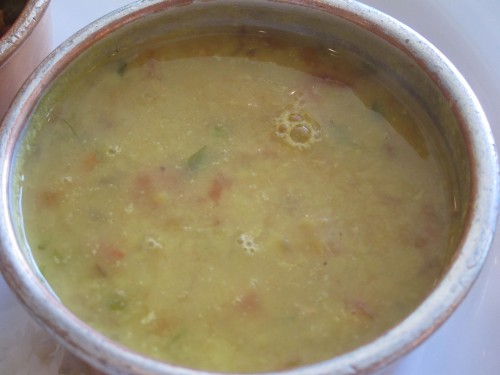 This yellow daal (lentil) dish came with the meal. I though that it was too watery and lacked flavor.

On other occasions, eating at the Bellevue,  I have also tried their Chicken Kathi Rolls which was made very mild and sweet – the flavors are surprisingly very inauthentic. The flavors of their food probably works really well for the clientele they service – it’s just barely Indian.

I have however eaten at the other restaurant at Amarvilas called Esphahan, where I thought the food was much much better….but that is a whole other review now isn’t it.