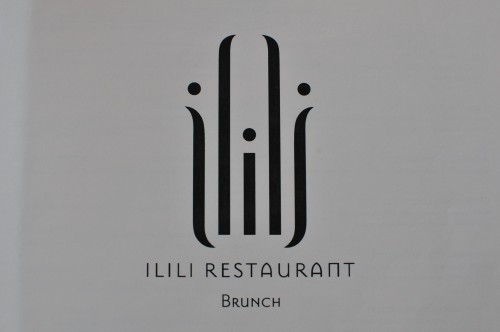 Philippe Massoud has a story to tell at Ilili (which means tell me). Ilili is a high end, contemporary Lebanese restaurant, located in the Flatiron district.

Massoud’s culinary tales are woven into the nouveau Lebanese cuisine he’s created that draws on his beginnings in hospitality in Beirut and experiences that followed suit in the United States.

The space is expansive. There is a funky lounge area, a large dinning area, several private rooms and a DJ to set the mood. One would really expect to find this kind of place in the Meatpacking District. 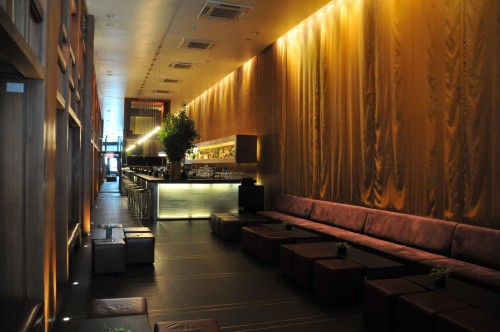 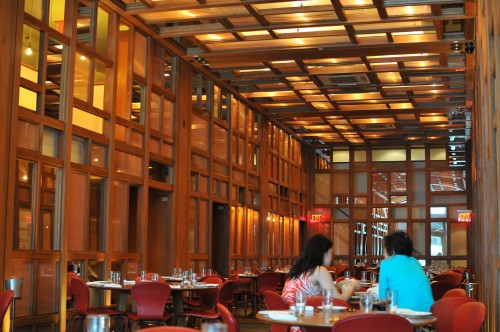 The brunch at Ilili, which was recently introduced, pairs classic American offerings with a Middle Eastern twist. These inventive combinations present a great alternative to traditional brunch dishes. It is priced at $25 for a cocktail and two courses from the brunch menu. Dessert is not included but definitely worth trying. I’m going to go back to try out their lunch and dinner deals for sure.

Everything we tried ranged from good to very good.

So, if you are looking for something a little different to do on a weekend morning…mosey on down to Ilili for brunch and tell them that the Restaurant Fairy sent you along for some good eats……… 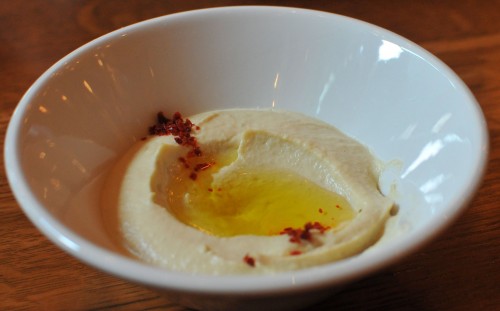 The hummus was very good and the fresh, warm, puffed pita bread was a real treat. It really felt like a taste of home. 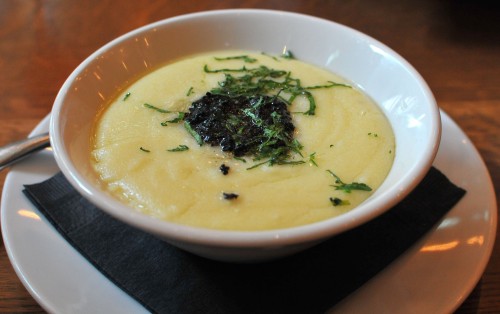 This semolina with black truffle cream dish was so simple and yet had great depth. I loved the earthy flavors of the truffles that were infused in every bite I took. 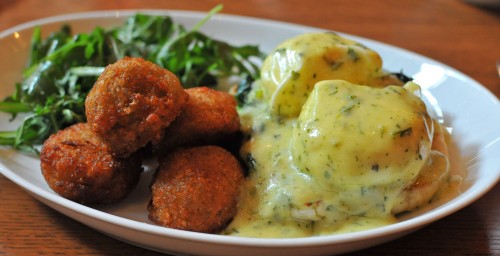 I love zaatar! I could eat it on anything and so I had to order this dish.

I thought the eggs benedict were cooked to perfection. These delicate poached eggs were placed on a crisp slice of homemade bread and smothered in a tasty zaatar hollandaise sauce.

The only disappointment was that I felt that this dish was not Middle Eastern enough for me – there just wasn’t enough zaatar in it. I think perhaps a healthy sprinkling on top of the eggs could have really brought out the flavor I was looking for.

I also thought that the hash browns that came with this dish was unnecessary and could easily be replaced with something more delicate. They were way too oily and over fried and made the whole dish really heavy. The fresh arugala salad however added a nice touch. 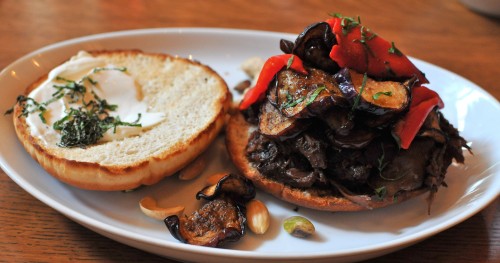 This Braised Lamb Shank Sandwich heaped with fried eggplant and piquillo peppers was outstanding. The lamb just melted in my mouth and the eggplant, peppers and mushrooms went really well with the meat. I even loved the sprinkling of nuts that were scattered lazily on this dish.

Ilili offers a variety of interesting desserts. Id stick to the Middle Eastern ones. Their Knafeh looked amazing but is served for two to share and we wanted to sample a wider array of sweets. Here’s what we sampled.

We tried the Essmalieh which is a napoleon of  Kataifi (thin crisp noodles) and Ashta ( traditional Lebanese clotted cream) which ended in a pool of orange blossom syrup. It was truly delightful. 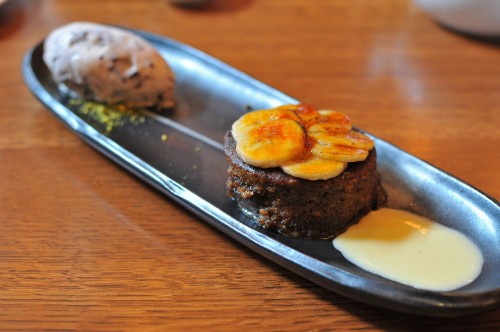