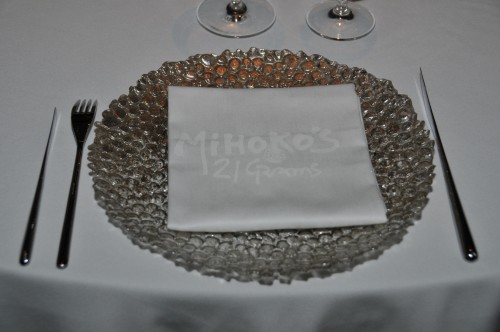 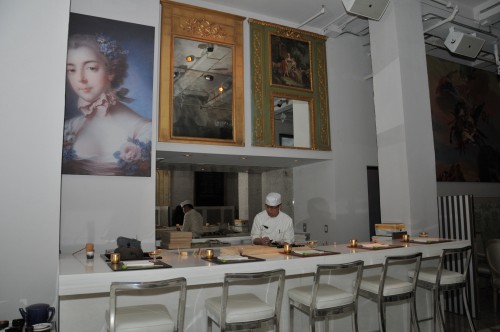 Mihoko Kiyokawa has made her debut into the New York City fine dining scene with her high-end Franco-Japanese restaurant named Mihoko’s 21 Grams.

I was invited to a cocktail party to preview the place where I spent an evening noshing on little bites made for the elite of the New York scene.

At 21 Grams (which refers to the alleged weight of a person’s soul) Mihoko’s tries to blend the essence of French cuisine with the subtlety of Japanese cuisine. 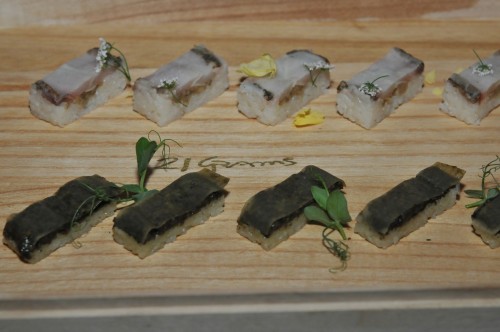 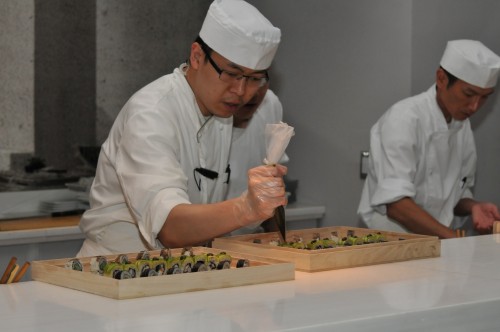 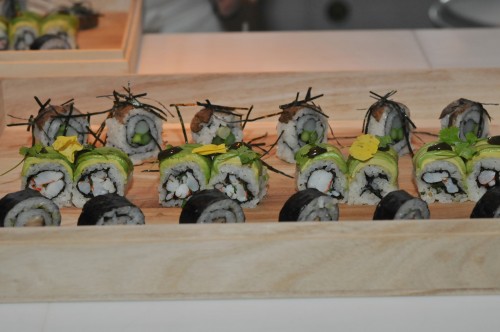 The digs are elegant, designed by Bruno Borrione and leans more towards the French aesthetics. This richly decorated space boasts of etched-glass murals from the Cartier mansion and rare tableware and other artifacts collected by Mihoko during her world travels. There is a really cool French Lounge in the basement, which showcases unique and artfully created cocktails.

The menu is still a work in progress. I thought the food lacked clarity and definition but was told that they are still in the process of fine-tuning many of their dishes. The restaurant has had a soft opening and will officially launch in the fall.

Here is some of what we ate & drank: 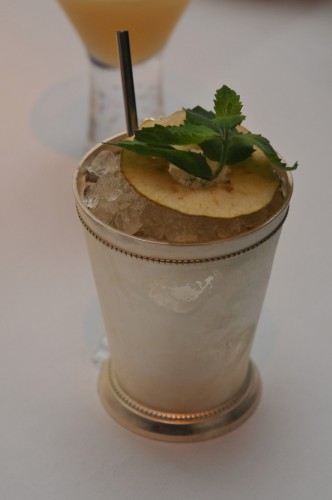 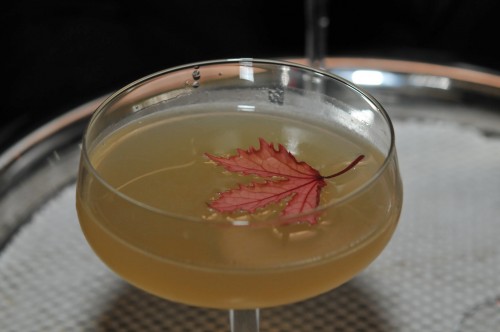 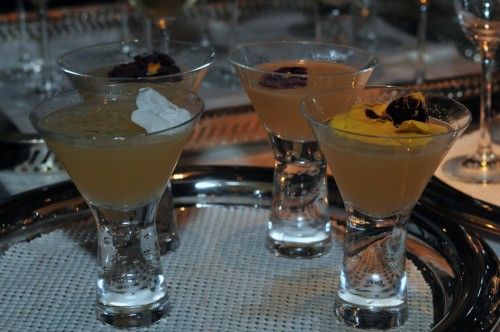 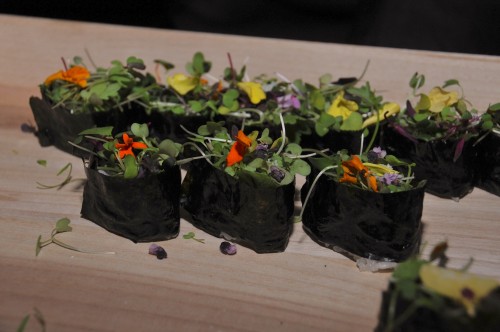 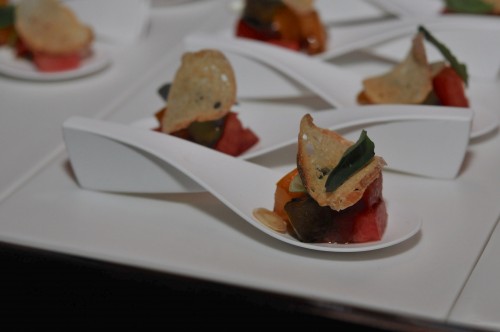 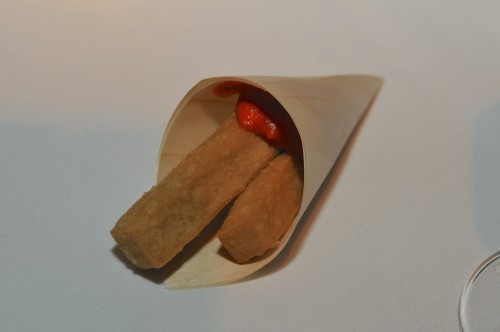 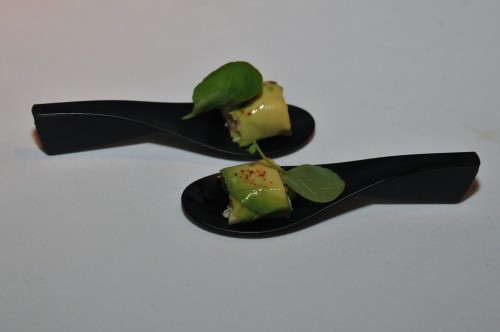 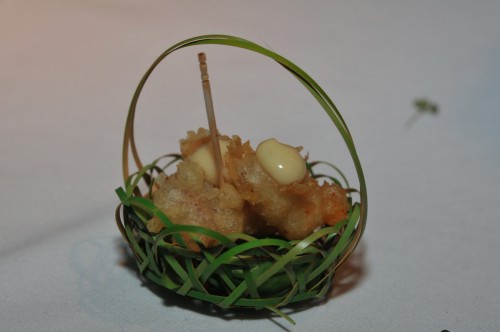 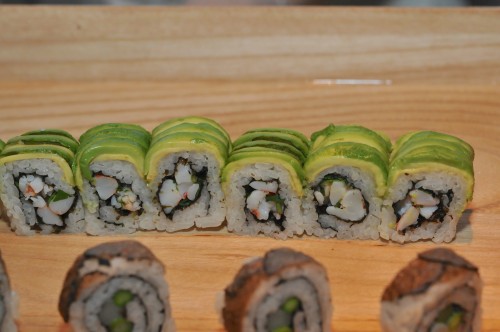 Asparagus and with Black Truffle 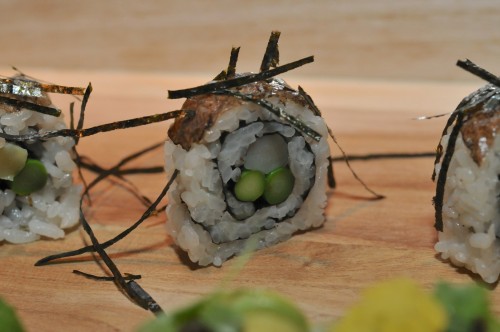 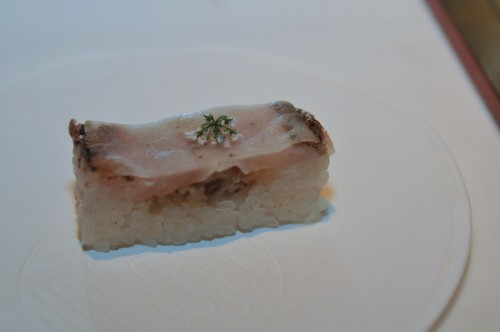 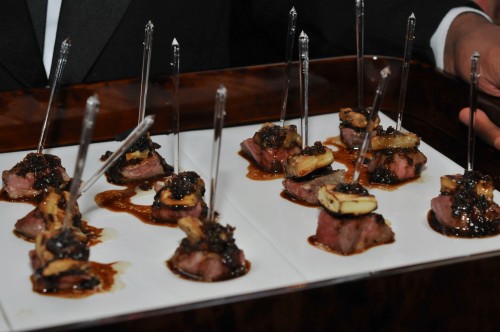 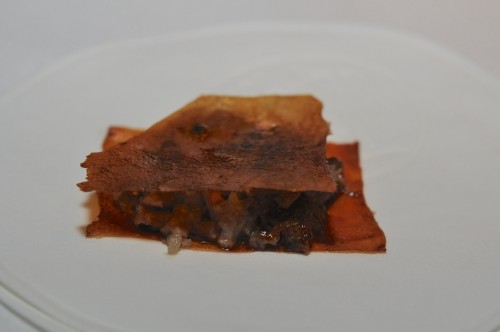