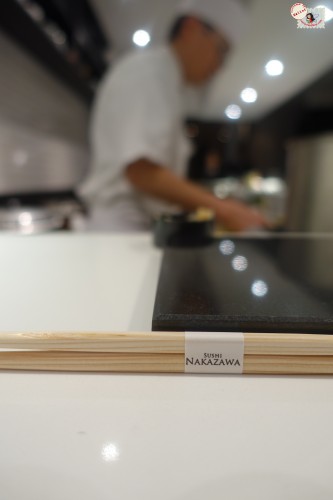 I am a HUGE fan of Daisuke Nakazawa (ex Jiro Ono fame) and his famous a 10-seater sushi bar in the West Village. My first visit there was nothing less than spectacular where we ate our way through all his maginficent courses whilst being regaled by Chef Nakazawa’s exceptional humor and wit. Click here to recapture that review. 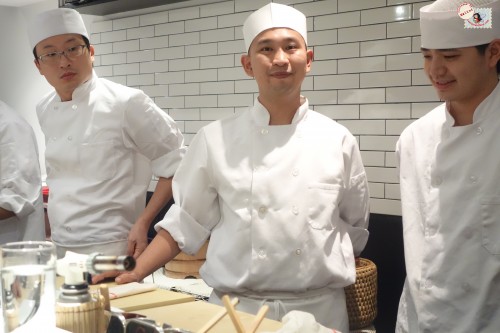 The second time I visited Sushi Nakazawa however – I actually had the extreme opposite experience. We arrived at our 5 PM reservation and sat at the sushi bar ready to relive our previous experience.

At 5:15 PM there was no sign of Chef Nakazawa and they had begun service. I then asked to speak to someone to find out where Chef was. About 10 minutes later, the hostess came up to us and let us know that Chef was not in. Now – I have NO problems with the fact that he was not there but I really feel that when you are going to be dropping a few hundred dollars on a meal/ restaurant that is all about the star chef then the restaurant MUST have the courtesy to let you know that he will not be there that evening and give you the option to cancel.

By the time the hostess made it over to talk to us we were already atleast two plates in. After hearing us out she said we could leave if we wanted to – really mid meal – after having already started eating? However I was reassured that the Chef in place was as capable and we would not be disappointed. SO WRONG!! I wish I had left.

I can honestly say that the meal I had was subpar is every way. From presentation, to the cuts of fish to the way it was served. I don’t expect the team of chefs to have the same disarmingly light presence as Chef Nakazawa does but there has to be more than just a slap down of sushi on your plate with a whisper of what it is.

But lets talk about the food – which is the biggest grievance I had. The cuts of fish were not even half as good as what I had tried the first time around. I also had the vantage point of sitting on the side so I could see the plates that were being sent into the dining room and I was alarmed to see just how sloppy some of the cuts of fish were. A true Sushi chef is very proud of his craft of slicing and presentation and that was really not anywhere upto Chef Nakazawa’s standard that evening.

Oh and before I end my rant – can I just tell you about the famous tamago which when made by Chef was the most flawless piece I have ever tasted – well this time around it was bad – tasteless. Look at the difference between the top picture (the first time I had it) and the second one. 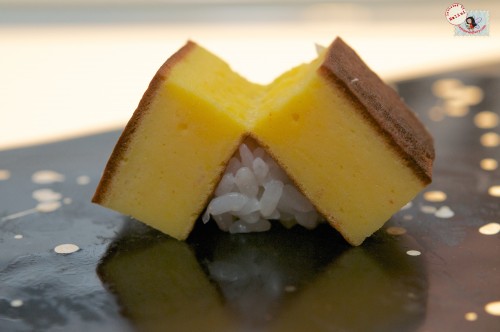 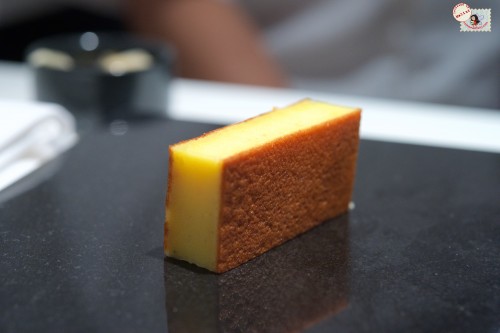 I can’t tell you just how disillusioned I am with Sushi Nakazawa. Ever since I tried it the first time around I have praised it to the hilt and declared that there is no better sushi experience to be had in New York City. That might still be true but my advice is do not go anywhere near the place unless you know for sure that Chef Nakazawa is going to be around to lead the charge.

Here is the extremely disappointing Omakase we experienced: 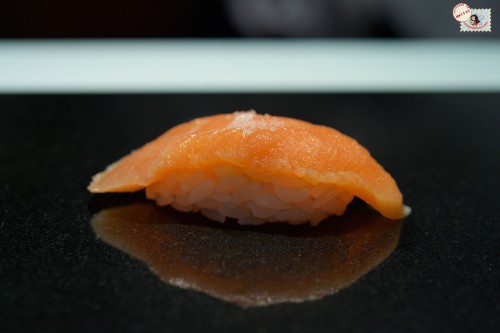 Cuttle fish with shisho and sesame 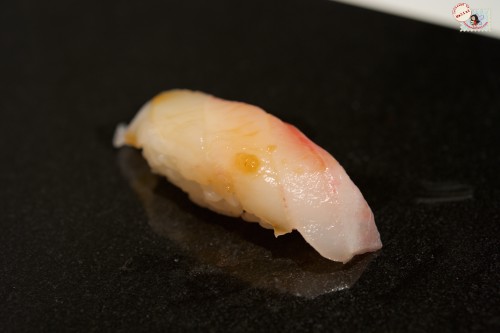 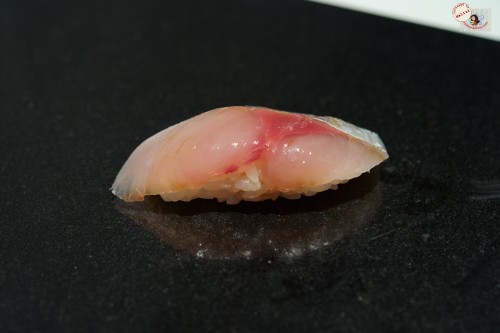 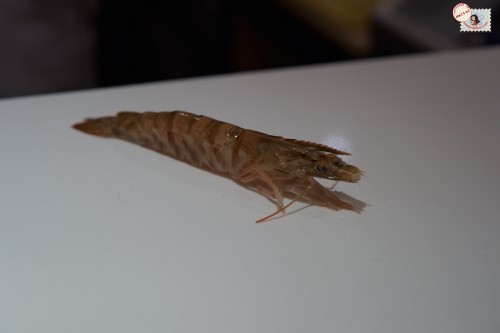 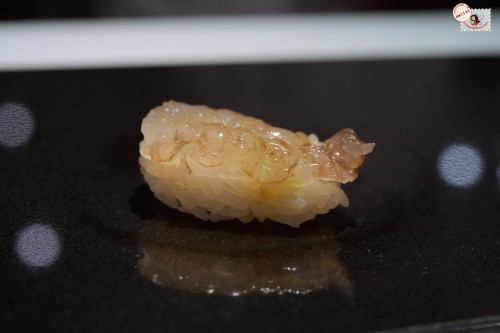 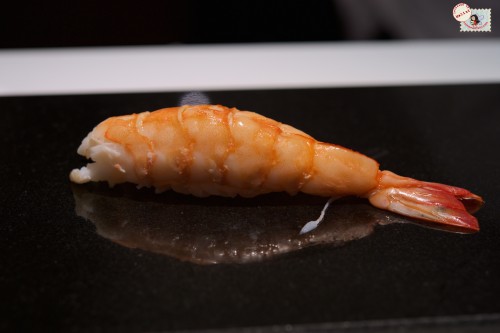 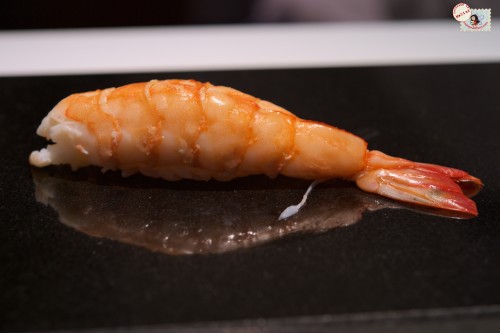 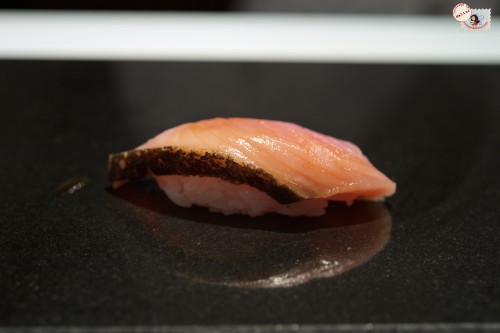 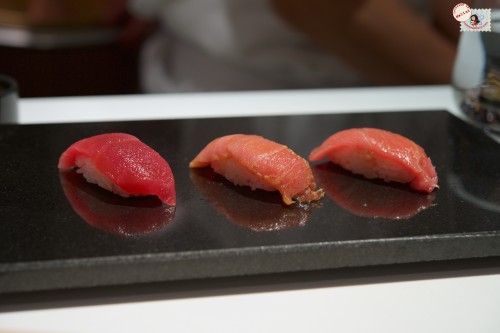 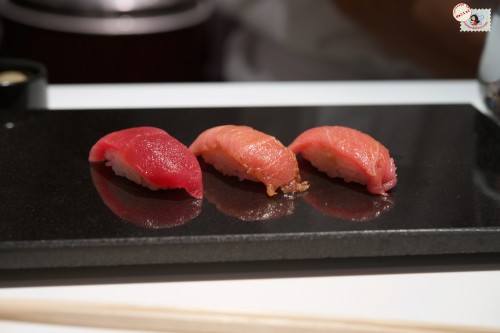 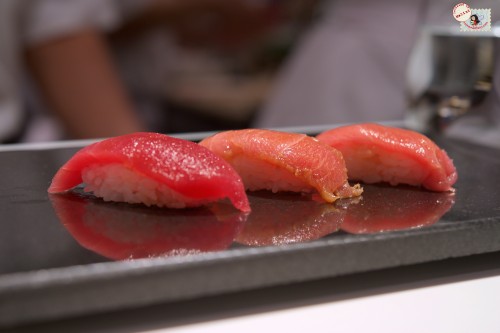 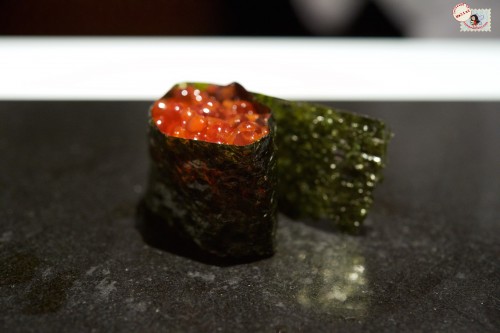 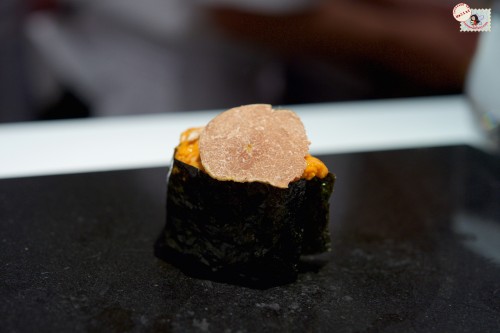 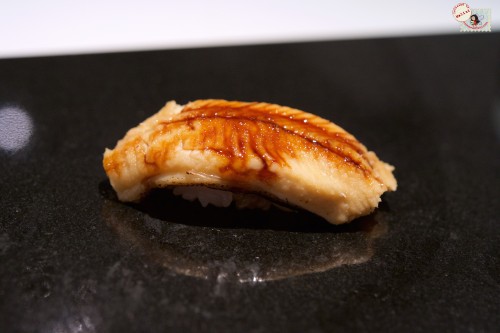 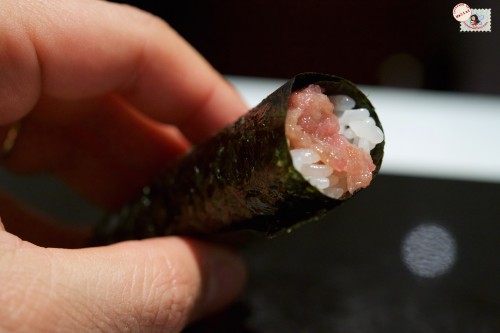