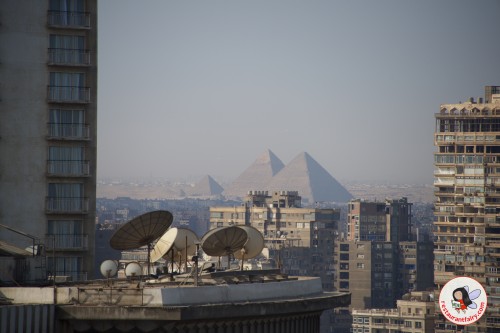 Egypt has always been one of my top bucket list places to visit and this past year when I actually visited – it was almost surreal.

For me traveling in Egypt went above and beyond my expectations. For all of you out there who are hesitant to go Egypt because of fear – let me just tell you that I have yet to travel to a place with more warmth and hospitably than Egypt. 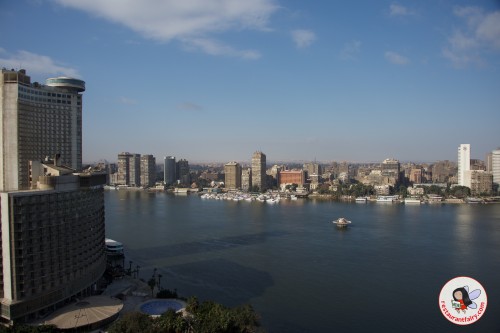 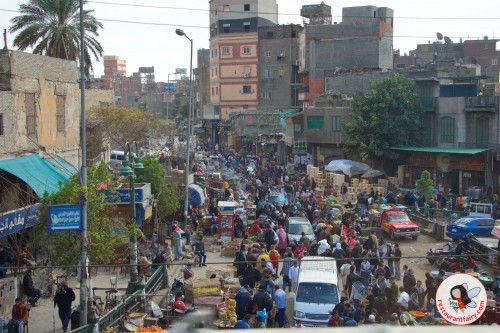 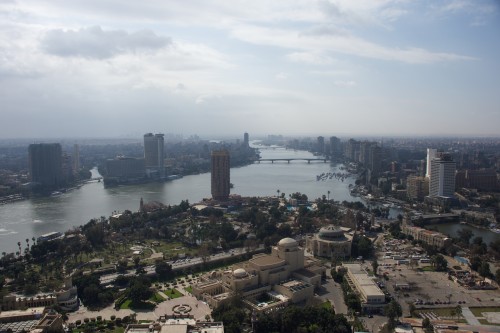 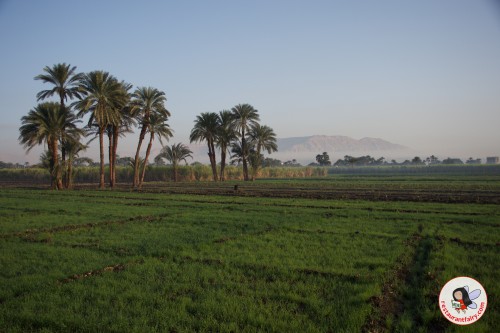 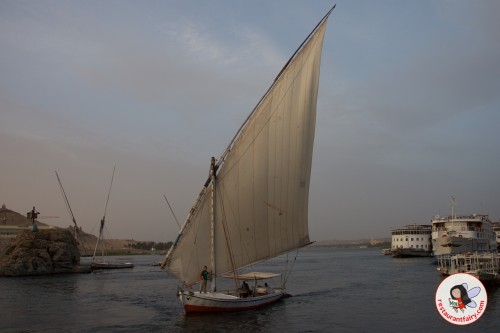 Its just as safe as anywhere else – in fact the Egyptians go out of their way to make you feel welcome and safe in their country. We travelled all over the country with young children and there wasn’t a minute there where I felt threatened. 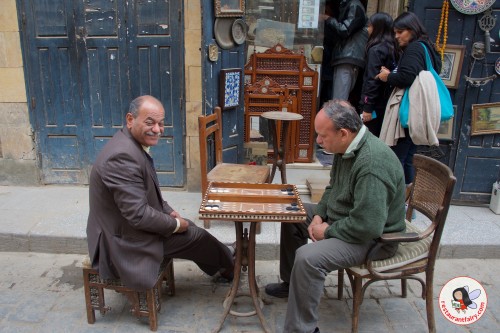 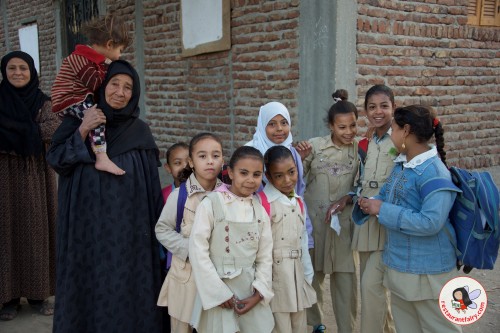 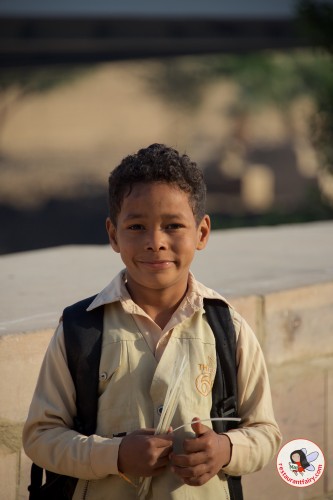 I was overwhelmed by the kindness that surrounded us during our travels. Egypt is a country where the livelihoods of so many really depend on tourism and its heartbreaking to see how false perceptions and media hype can really chip away at the soul of a people and country that is so amazing.

So go …..visit Egypt – it is truly a fabulous country filled with so much culture, history, beauty and ofcourse food!!

I had some really fantastic food whilst in Egypt. There are so many dishes that make up this vast cuisine and didn’t have enough time there to eat half as much as I wanted to but did manage to hit the must do eats. I have to say that the very best food I ate was when I was in the Southern part of Egypt in a place called Anakato in Aswan. We were spoiled silly with simplicity of Nubian hospitality and their farm fresh food. 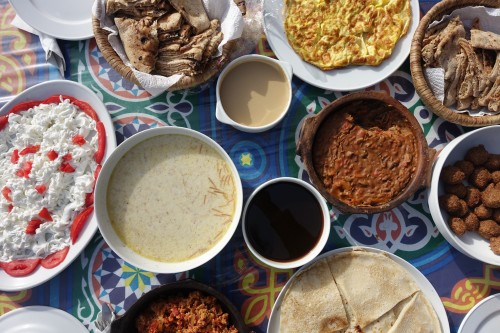 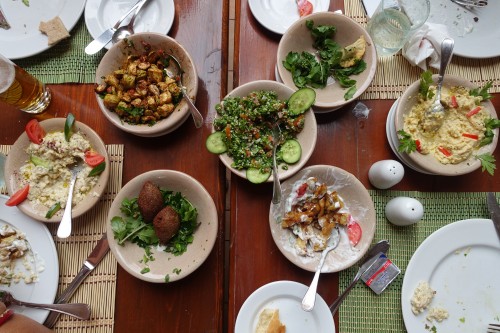 One of the most popular dishes in Egypt is Ful Medames which is usually eaten for breakfast. It is made of mashed Fava beans (broad beans) and eaten with pita bread, onions, pickled vegetables, parsley, tahini and greens on the side. It is delicious – I ate it every single day of my trip! 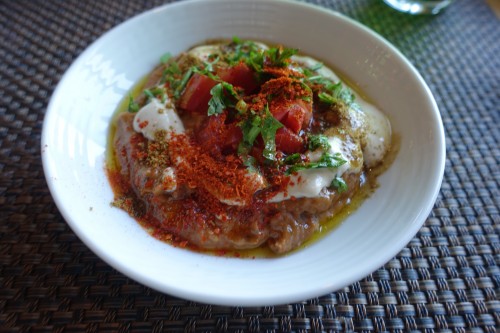 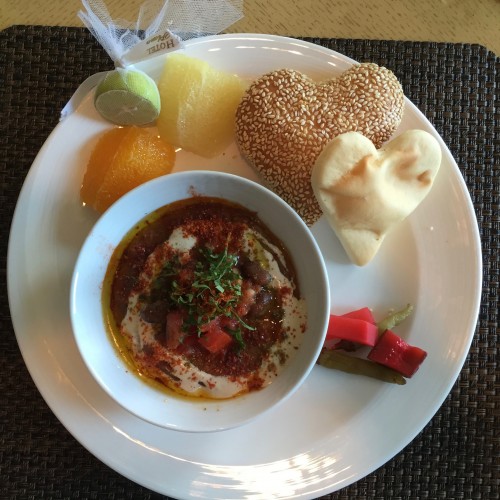 The bread that I ate most in Egypt is a hearty, thick pita bread called Aish Baladi. You see women all over the markets selling this bread and it tastes best when eaten fresh out of the oven. 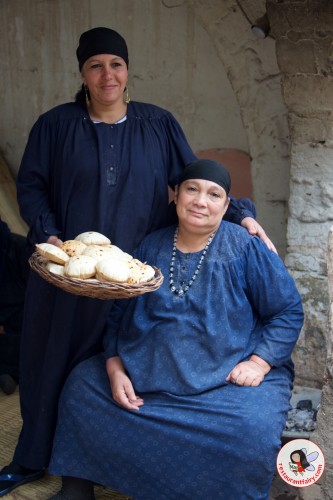 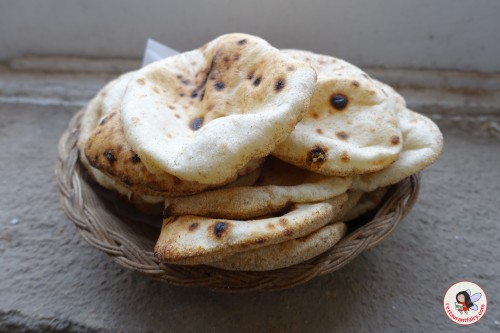 Shakshouka, which is very popular in North African cuisine, is eggs made with tomato and vegetables. This is also eaten for breakfast and is served with bread or Aish Baladi

Koshary, often referred to as the national dish of Egypt might have been one of my most favorites. Made of rice, pasta, brown lentils and chickpeas with a tomato based sauce to top it off along with fried onions and hot sauce, this is a definite must do during your travels. 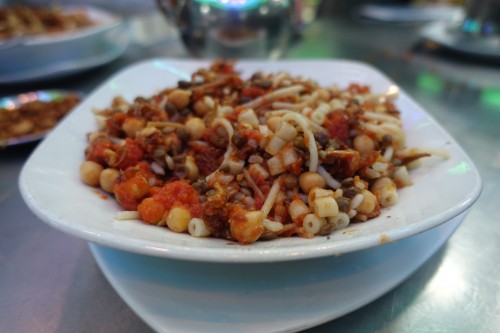 The one dish that Egyptians undisputedly make the best is their Felafal or Tamiya. What distinguishes theirs is that it is made with fava beans whilst other parts of the region make their falafels with chickpeas. I had some of the best falafels I have ever tasted whilst in Egypt! 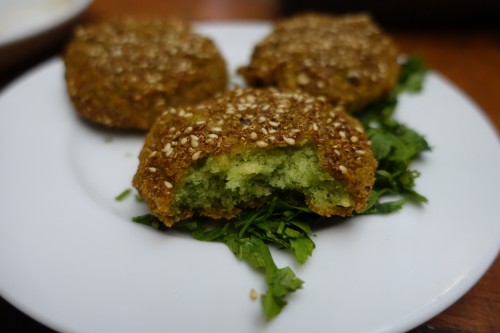 A very traditional dish is Molokheyya which is a green soup made from mallow leaves mixed with ground coriander and garlic. This dish in generally eaten at home and can sometimes be served with chicken, lamb or rabbit. 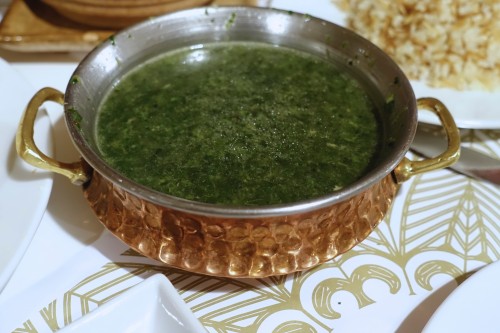 Egypt is also known for their stuffed pigeon – Hamam Mahshi. I sampled a more stylized version of it where the pigeon was baked with rice and it was very interesting.

Egyptians are known for a host of meats such as Kebab and kofta (spiced meatballs) which are quite popular all around the region. They also have their own version of the shwarma which are sold just about everywhere from streets spots to restaurants. 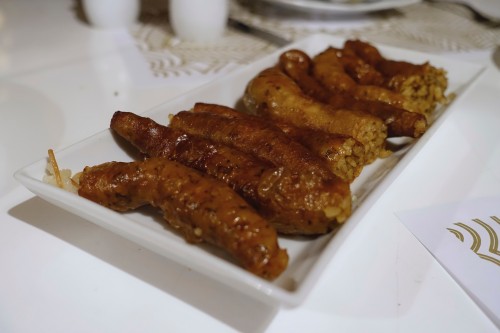 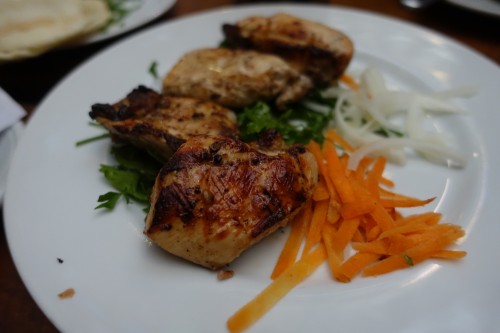 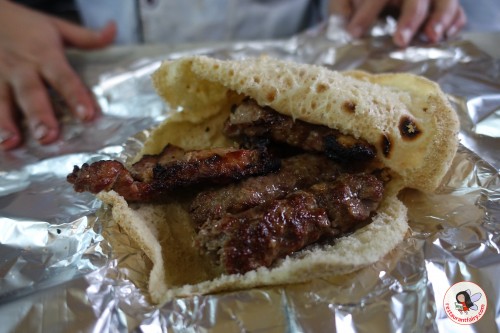 Seafood is very popular in Egyptian cuisine especially if you travel to the northern areas. They have really wonderful grilled fish (Samak mashwy) and simmering stews cooked in tagines with fresh as can be catches of the day. 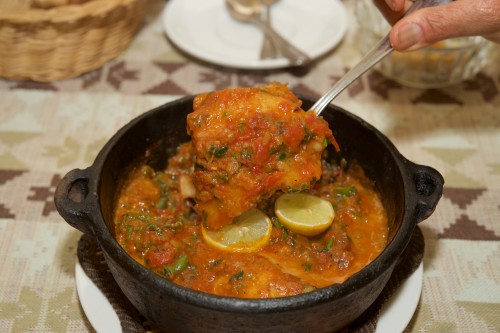 Fatta is also a traditional dish which is very heavy and usually served for festivities. It is made if layers of rice and fried bread with a garlic and vinegar meat soup and topped with chunks of stewed beef. 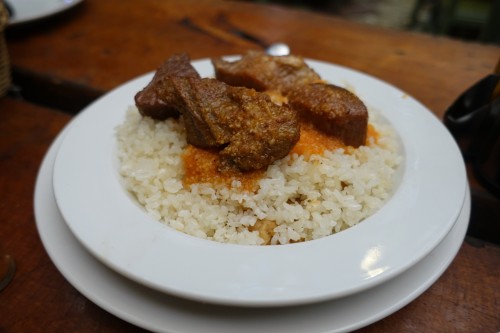 Egyptian cuisine also does overlap with food around the region and has a variety of salads, dips and vegetables that are served. It is not unusual to find dishes such as stuffed vine leaves, hummus, Shwarma, Baba Ghannoug and so on. 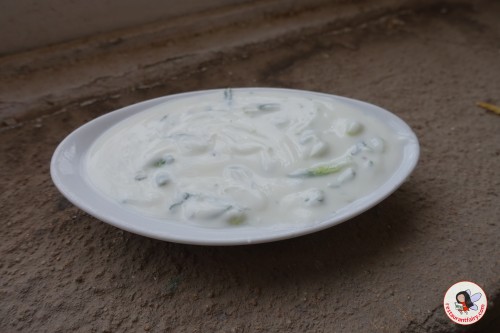 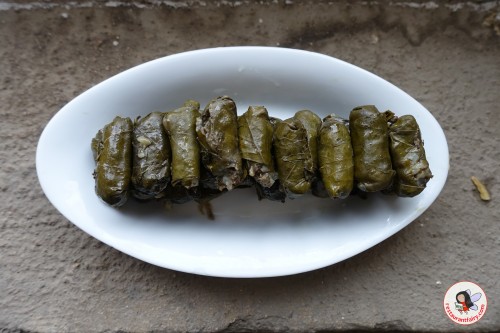 3 thoughts on “Eating, traveling in and falling in love with Egypt”