Last weekend, I participated in one of the coolest cooking collaborations I have experienced. I was picked to be one of the participants from around the world in Conflict Kitchen’s virtual cooking lesson with Executive Chef Bahar Sarhangi live from Tehran. 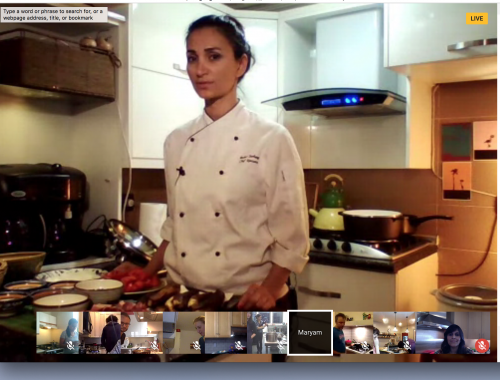 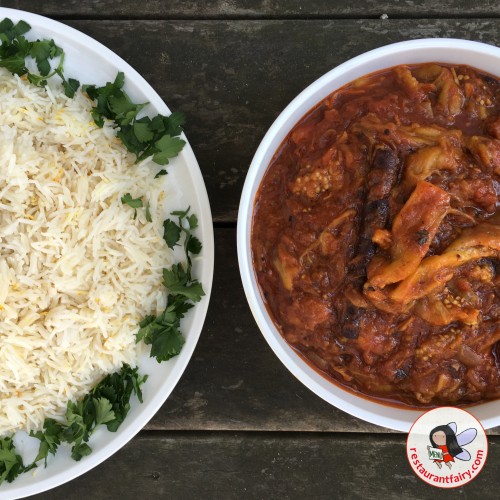 Conflict Kitchen is a restaurant located in Pittsburgh, PA that serves cuisine from countries with which the United States is in conflict. The restaurant rotates identities in relation to current geopolitical events. Right now they are in their Iranian iteration in which it introduces customers to the food, culture, and politics of Iran. Developed in collaboration with Iranians in Iran and the diaspora, their food comes packaged in wrappers that include interviews with Iranians on subjects ranging from culture to politics. 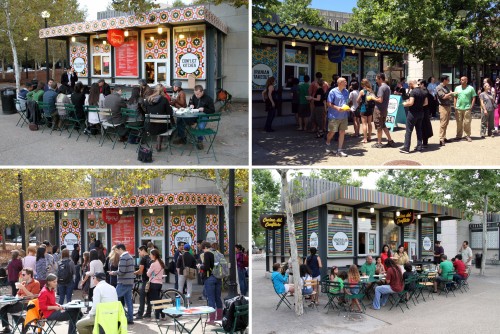 Chef Bahar Sarhangi was born in Babol, a city in the north of Iran. She studied culinary arts and gastronomy in Florence and then worked in executive kitchens around the world, from Santiago and London. Recently, she returned to Tehran to work as the Head of Food and Beverage in a new restaurant project. 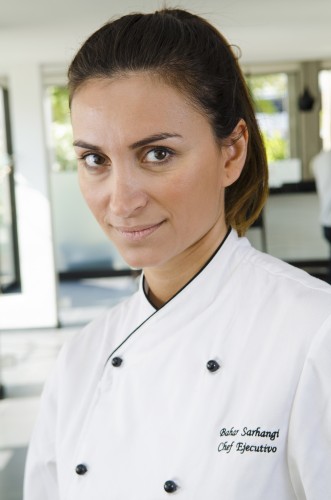 Our virtual cooking lesson had participants from kitchens from New York City to Australia. We made Khoresht-e Bademjan which is a delicious Iranian stew made with eggplant and meat in a tomato based sauce and Tahdig (Crispy Iranian Rice.) 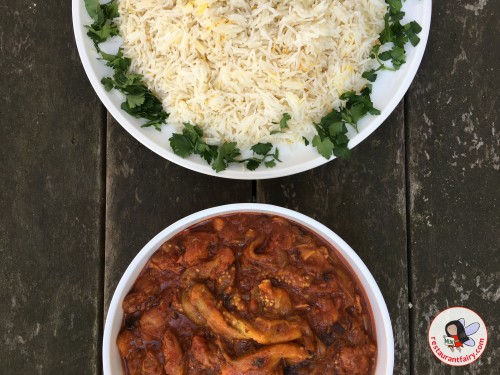 It was so great cooking virtually with so many other food enthusiasts from around the world. In these few hours I feel like we all bonded as we co-created this dish in our own kitchens. The best part was of course the eating where we all sat down to sample our creation as we continued our “chat” on Google Hangouts. 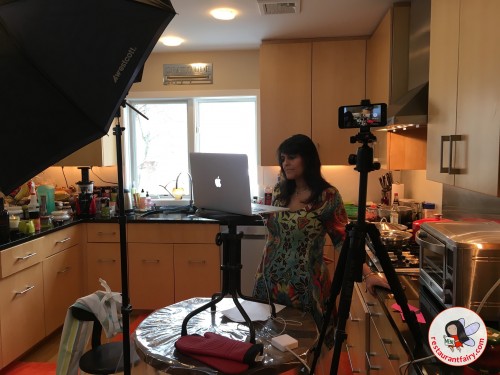 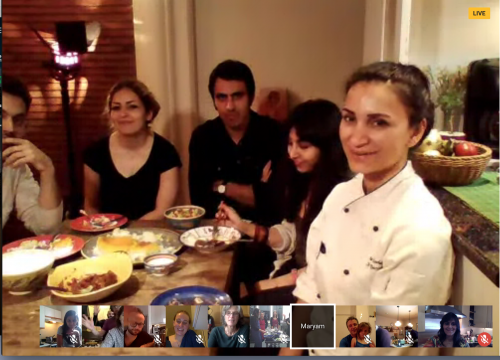 This was truly an unbelievable experience of me. Thank you Conflict Kitchen and Chef Bahar Sarhangi. I can’t wait to do this again. Here is the recipe we used in our cook together. 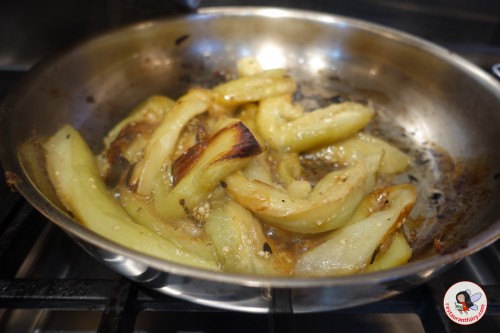 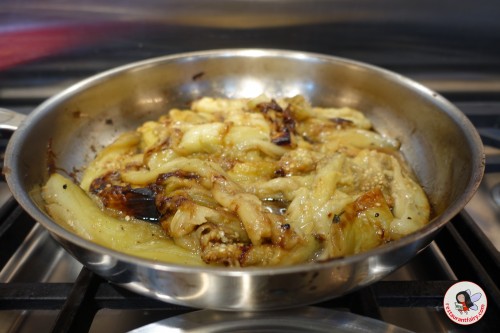 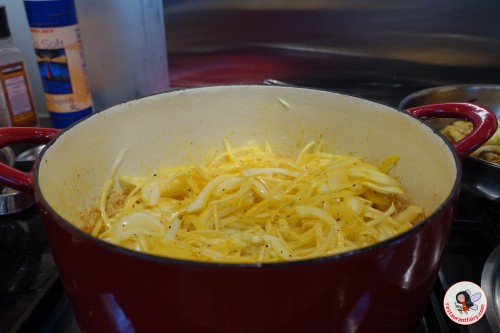 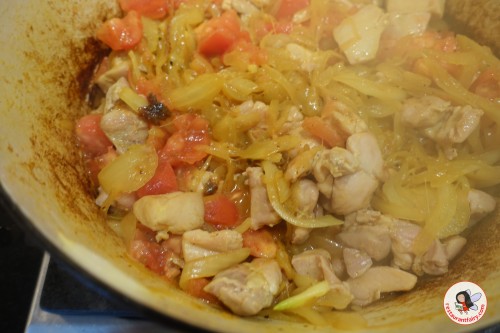 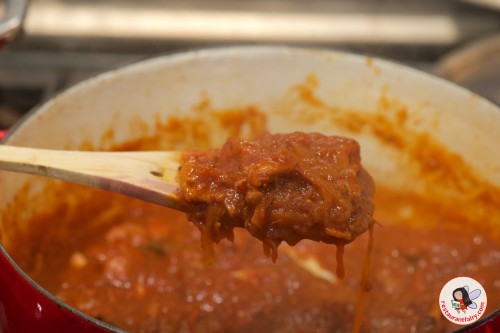 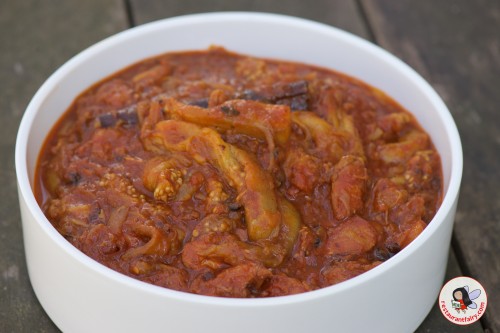 Notes on preparation and serving:

**Eggplants in Iran are smaller and much thinner than a typical American eggplant, but any shape of eggplant will work in this recipe.

***Verjuice is a very acidic juice made from unripe grapes. If you can’t find it, you can substitute red wine, pomegranate juice, wine vinegar and lemon juice.

****Tahdig means “the bottom of the pan” in Farsi. It is a crispy, disk-shaped saffron rice dish. It’s stunning and delicious, but it requires some patience to perfect. To ensure that your tahdig comes out in one piece with a crispy top layer, you can add a piece of flatbread to the bottom of the plan. If saffron is too expensive, you can substitute turmeric to give your tahdig a similar color. You can also serve the khoresht with plain rice instead of tahdig.

In Iran, khoreshts (stews) are traditionally served with a number of different mokhalafat (accompaniments) including sabzi (fresh herbs), sliced cucumber and tomatoes, mast-o (yogurt) and torshi (pickles). You may want to serve your stew with a handful of mokhalafat to round out your meal. 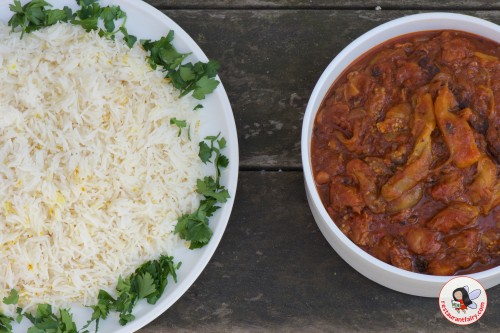