Brunch may not be the first word that pops into your mind when you think of Indian food. Pondicheri, however might just have you rethinking that. 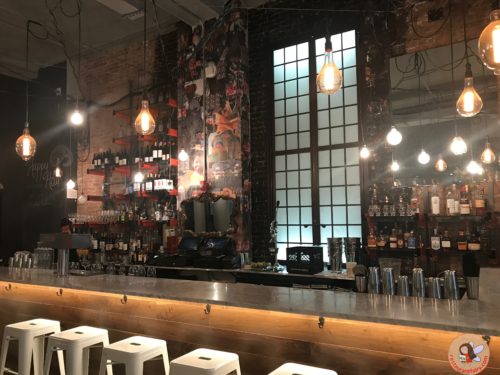 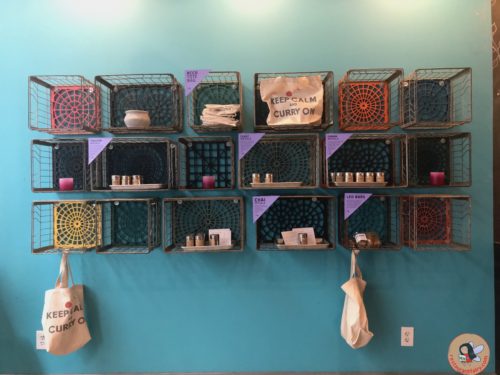 One can start off as early as 8 AM on a weekday at their “Bake Lab” which offers a plethora of breakfast eats including the “Green Dosa” recently featured in the New York Times. 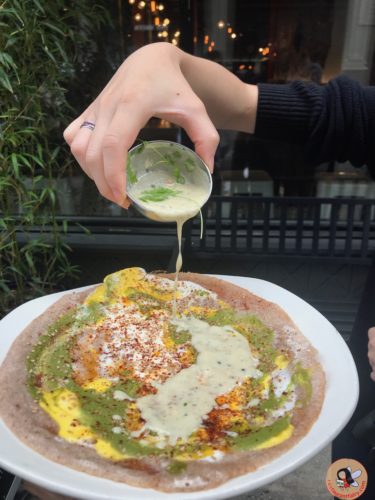 The menu changes into equally interesting daytime and nighttime offerings but I’m here to talk about the weekend brunch. 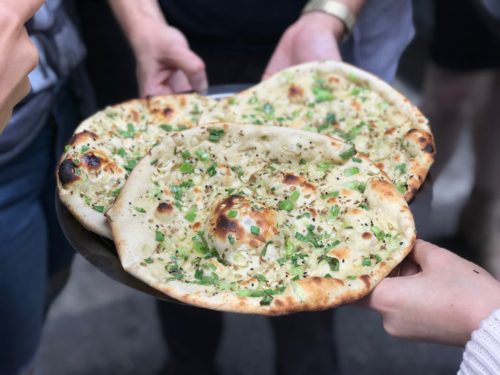 I recently attended an event hosted by Arts and Food NYC at Pondicheri’s sprawling space. Having racked up several accolades in Houston, Chef Jaisinghani is looking to do the same in New York City. We spent a Sunday morning sampling dishes that would help her do just that. 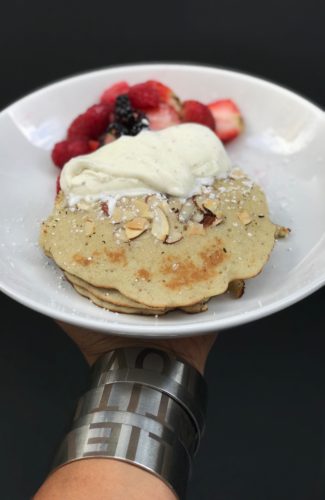 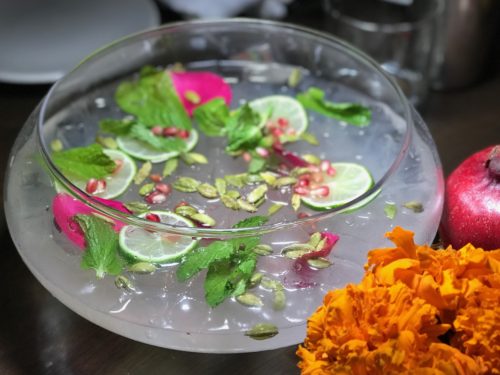 Just try the “Bombay Benedict” where a perfectly poached egg sits atop a crispy stuffed paratha. 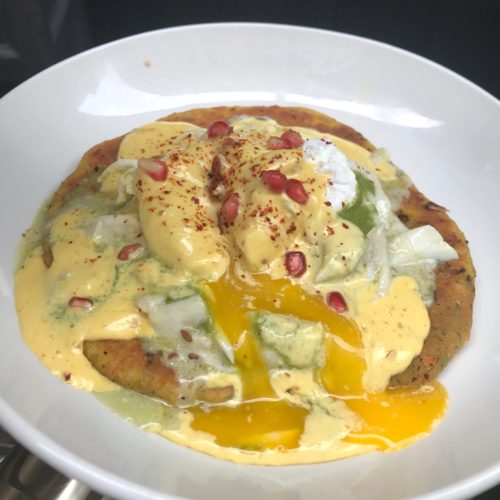 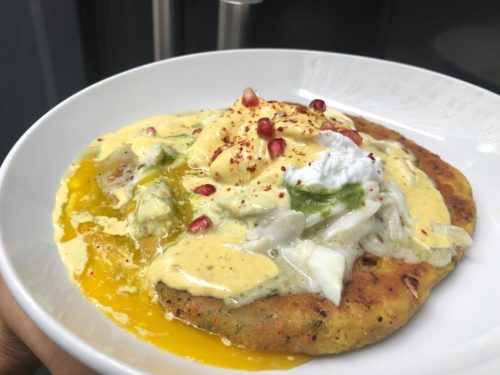 There is an array of “Egg Dosas” topped with everything from beetroot to pomegranate with served with spicy coconut chutney. 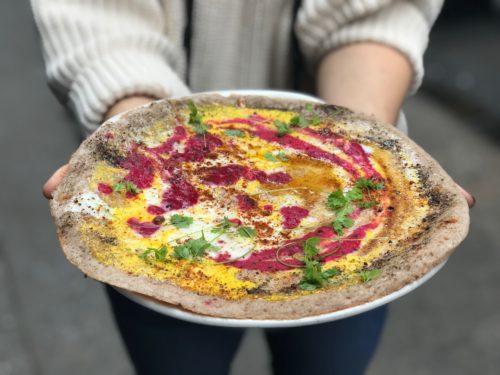 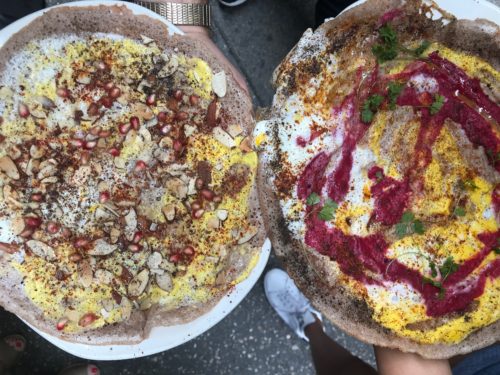 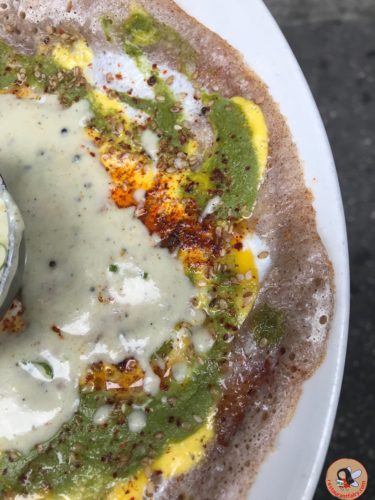 One of my favorite dishes was “The Texan” inspired by their Southern roots – served in a traditional thali which has a superb chickpea battered fried chicken. 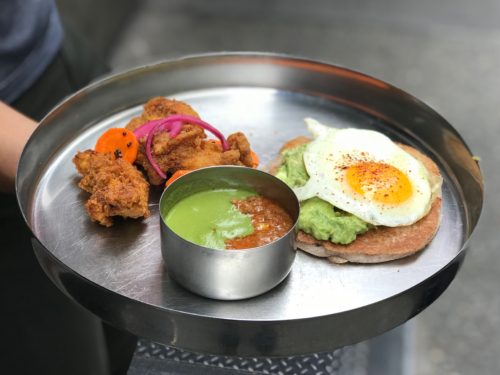 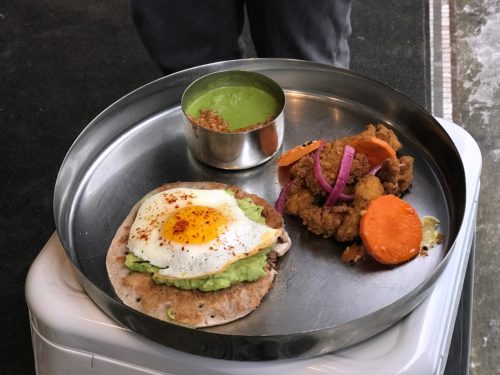 Desserts are not to be missed. We sampled the “Pumpkin Chai Pie” and experimental “Mithai Pie” – both were just outstanding. 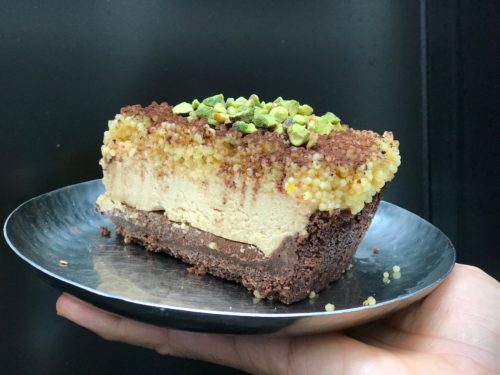 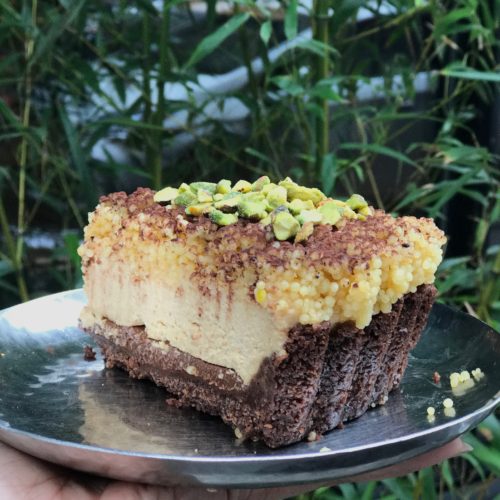 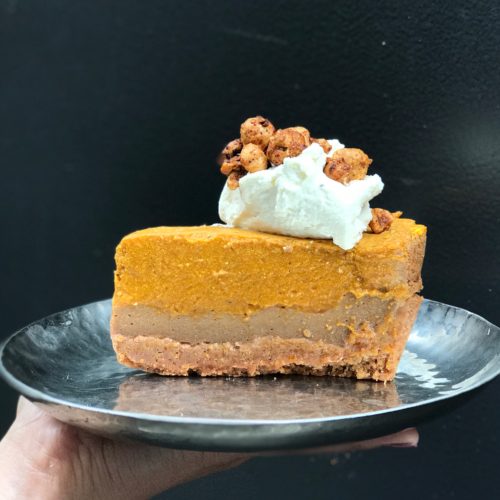 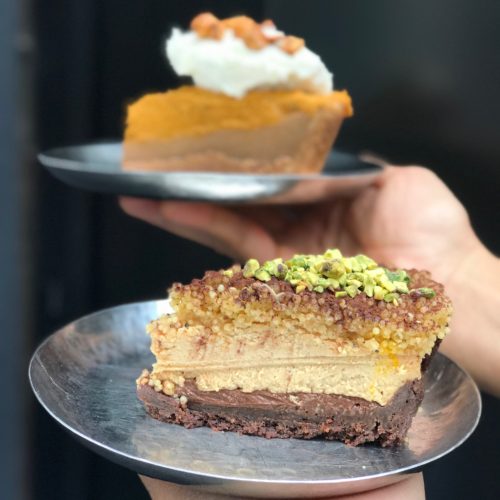 Pondicheri offers that which is rather different from its Indian counterparts in New York City and for that I think it will succeed.