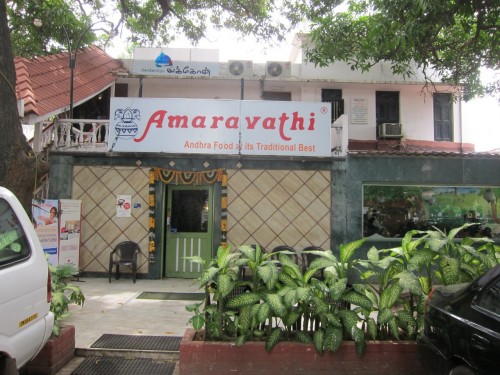 If you are a spice hound as I am, then Andhra food is the way to go. In Chennai city, Amaravathi is known to be one of the more famous places to get authentically spicy Andhra Food. It’s been around for decades and used to be a food joint on everyone’s list.

In great excitement, I dragged a bunch of friends and decided it was time to go and try it out. What a HUGE disappointment it was!

My entire experience there was pretty pathetic. I have no problems eating in joints but as soon as we entered Amaravathi we were hit by a really displeasing stench. The food that followed was equally unimpressive.

Their vegetarian meals were pretty good but I really came to try their meats, seafood and biryani, that they are so well known for. After having heard tales of the biryani being finger lickin good and the chicken pepper fry being so spicy that you might pop a few blood vessels – I really felt cheated!

What I enjoyed the most was the plain warm white rice, covered with melted ghee (clarified butter), and mixed in with spicy gongura pickle. I could have sat at home and pretty much eaten the same thing!

I will never go back to Amaravathi. It’s actually an insult to authentic Andhra cuisine, which has so much depth, and flavor to it.

In a city that offers so many options of really excellent South Indian cuisine, I really don’t need to be wasting my time in a place that is just living off it’s has-been reputation. 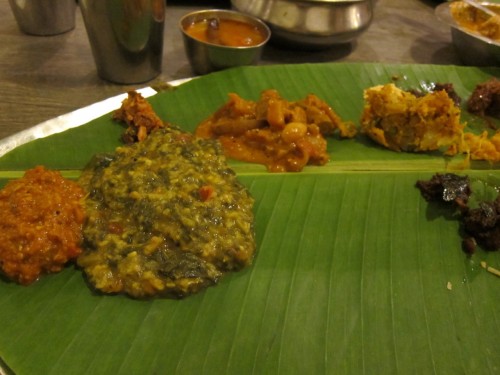 The veg meals were pretty good. There was a nice spinach dal and the there was a really nice spicy Andhra style sambar  which was delicious. 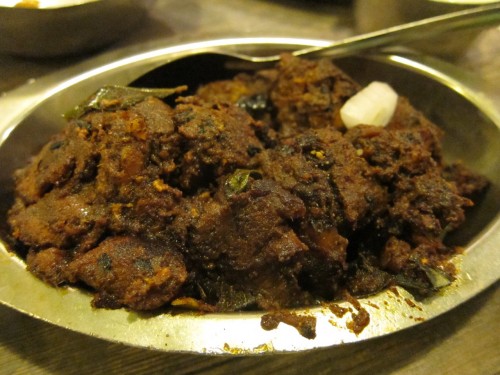 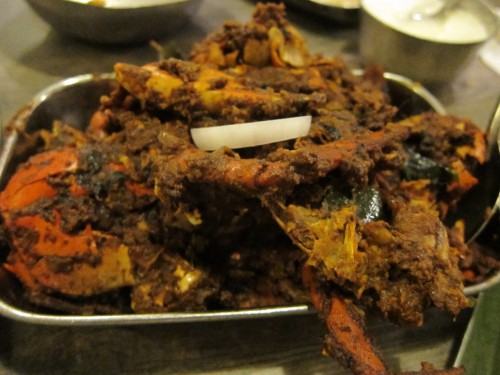 I love anything pepper fry but really didn’t care too much for the masala of these dishes. The crab was chewy and hard to eat. 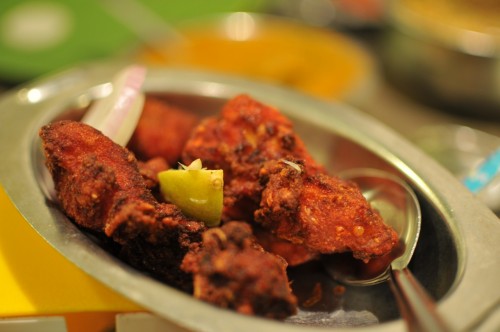 Their chicken 65 was very average and not spicy enough for me. 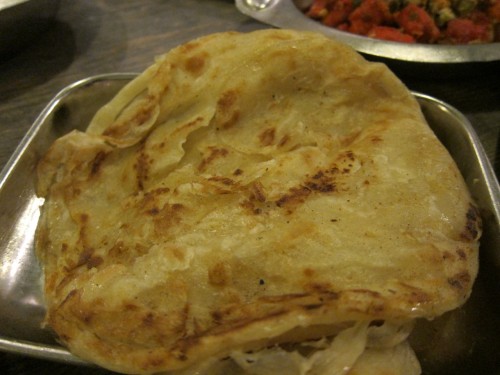 I thought their paratha was pretty good but the mutton curry was unimpressive. 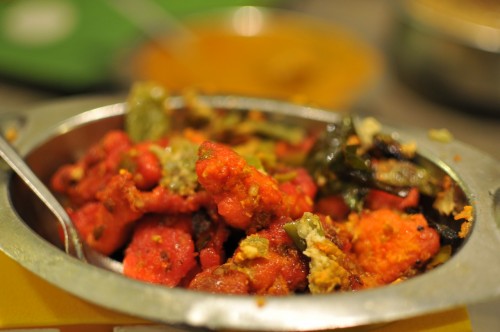 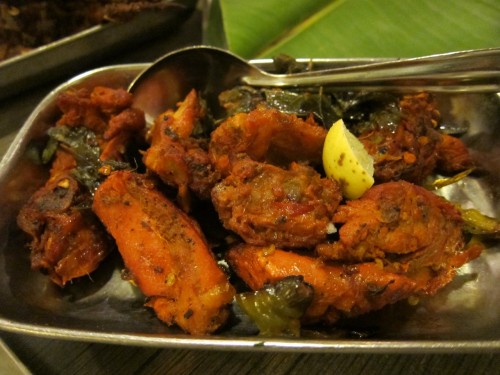 Both these chickens looked and tasted pretty much the same – pretty bad!! 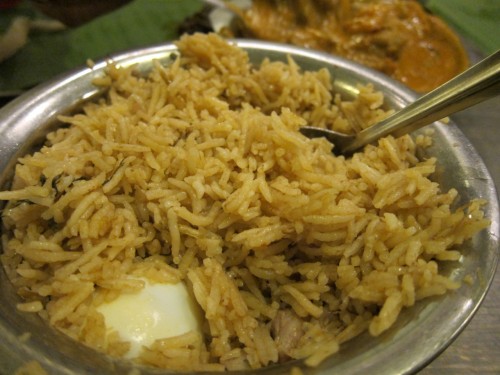 I was most disappointed in the biryani which is meant to be bursting with flavor and spice.